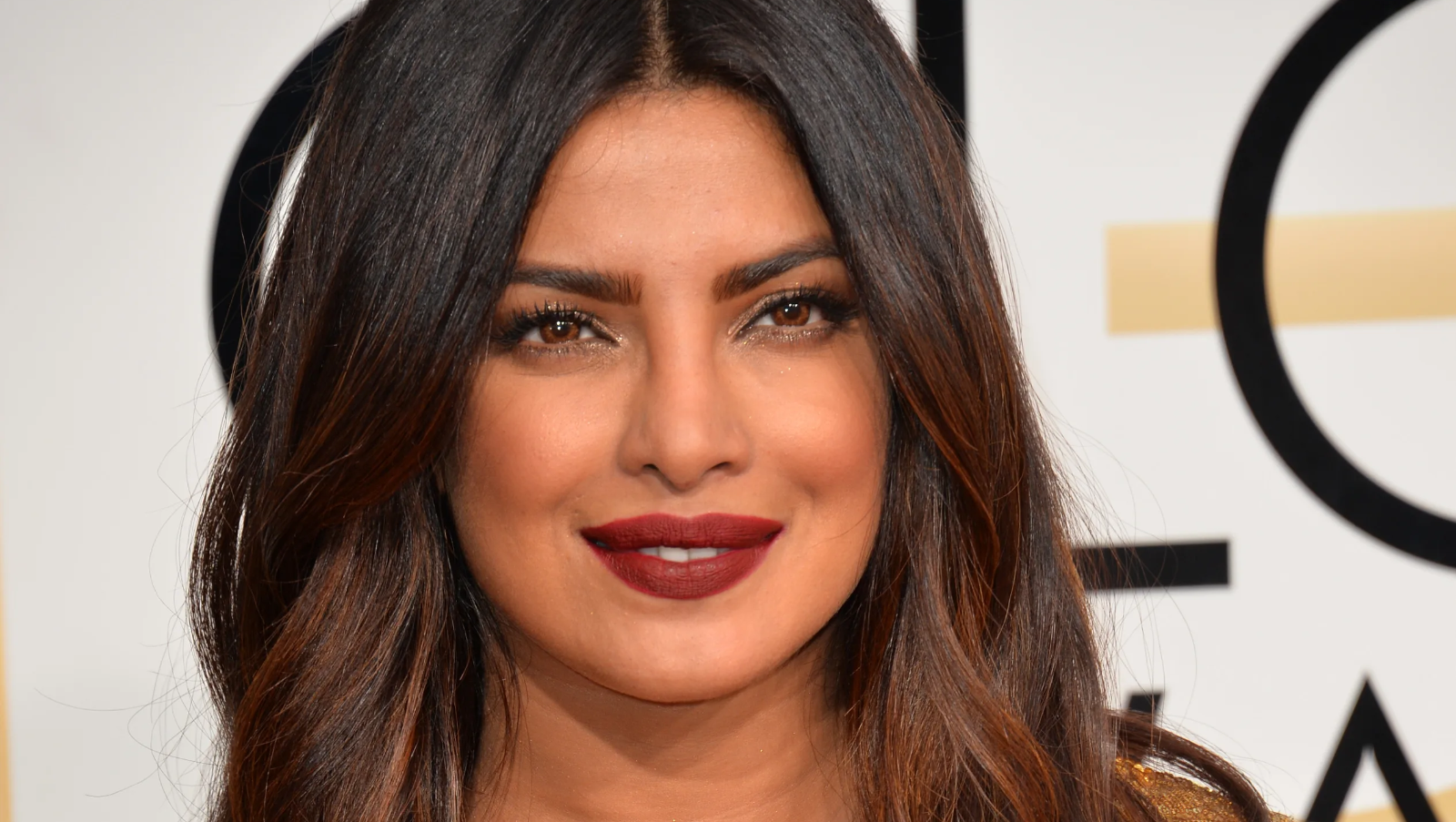 When Priyanka Chopra dropped her husband Nick Jonas' last name from her Instagram handle in November, fans immediately began speculating that their marriage was on the rocks. While the Baywatch actress tried to do some damage control at the time, the divorce rumors and constant pressure of being half of a celebrity couple did take their toll, the 39-year-old Bollywood star recently confessed to Vanity Fair.

Speaking her mind about it in her February cover story, Chopra opened up about the unrelenting media attention surrounding her relationship, with her 29-year-old pop star hubby also chiming in.

Read about it below. 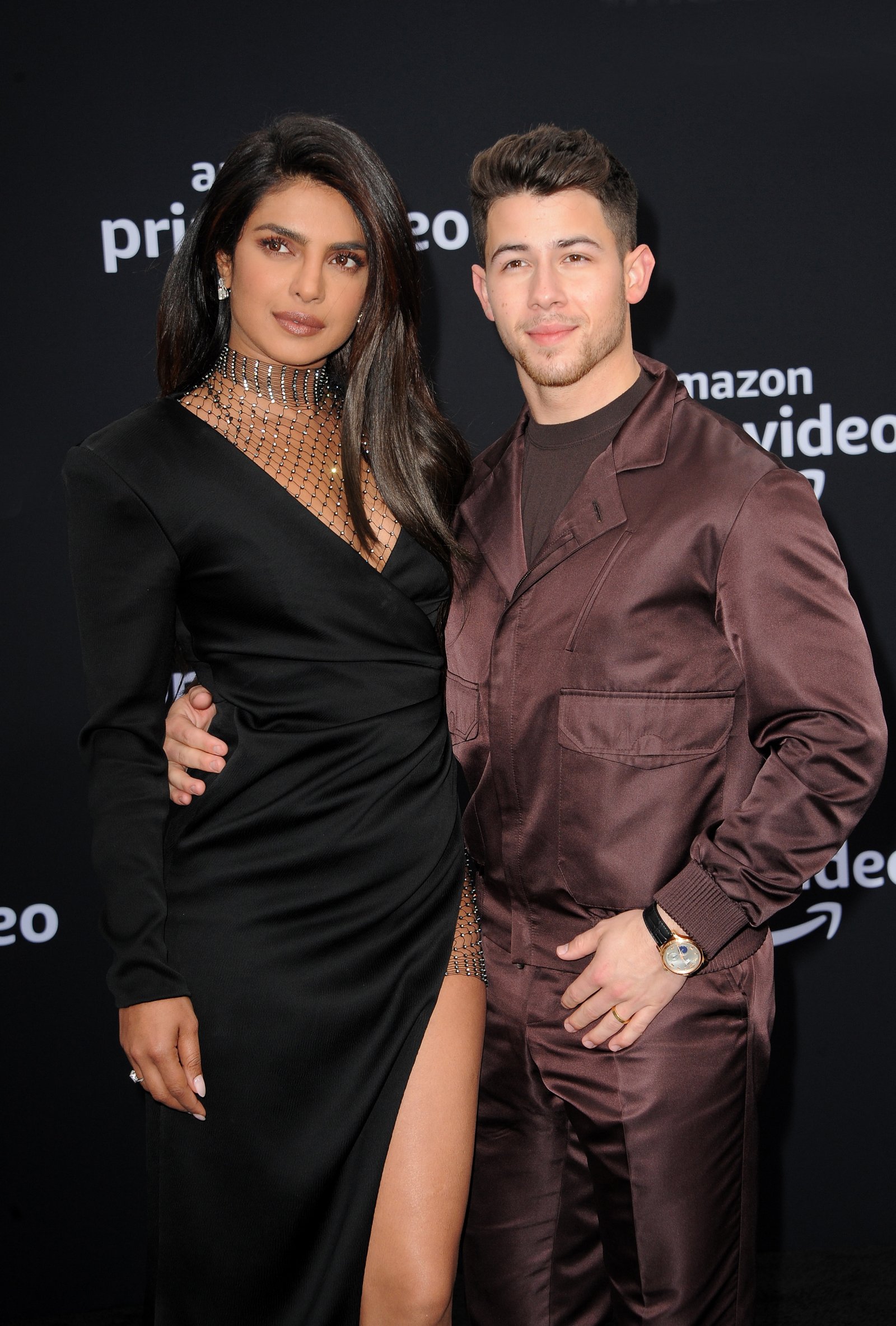 Chopra originally addressed the split rumors when they first began circulating last fall. At the time, the actress and singer, who had also dropped the Jonas name from her Twitter handle as well, made a subtle social media move to show fans everything was alright in her marriage by leaving a flirty comment on one of her husband's Instagram posts (given below).

According to the Independent, the Jonas Brothers bandmember uploaded a workout video of himself doing dumbbell curls in front of a mirror, with his wife commenting: "Damn! I just died in your arms… 😍 🥵 ❤️"

Although that appeared to put the rumors to rest, Chopra continued to feel the effects of the spotlight constantly shining on her private life.

“It’s a very vulnerable feeling, actually, that if I post a picture, everything that’s behind me in that picture is going to be zoomed in on, and people are going to speculate,” the The Matrix Resurrections told Vanity Fair. 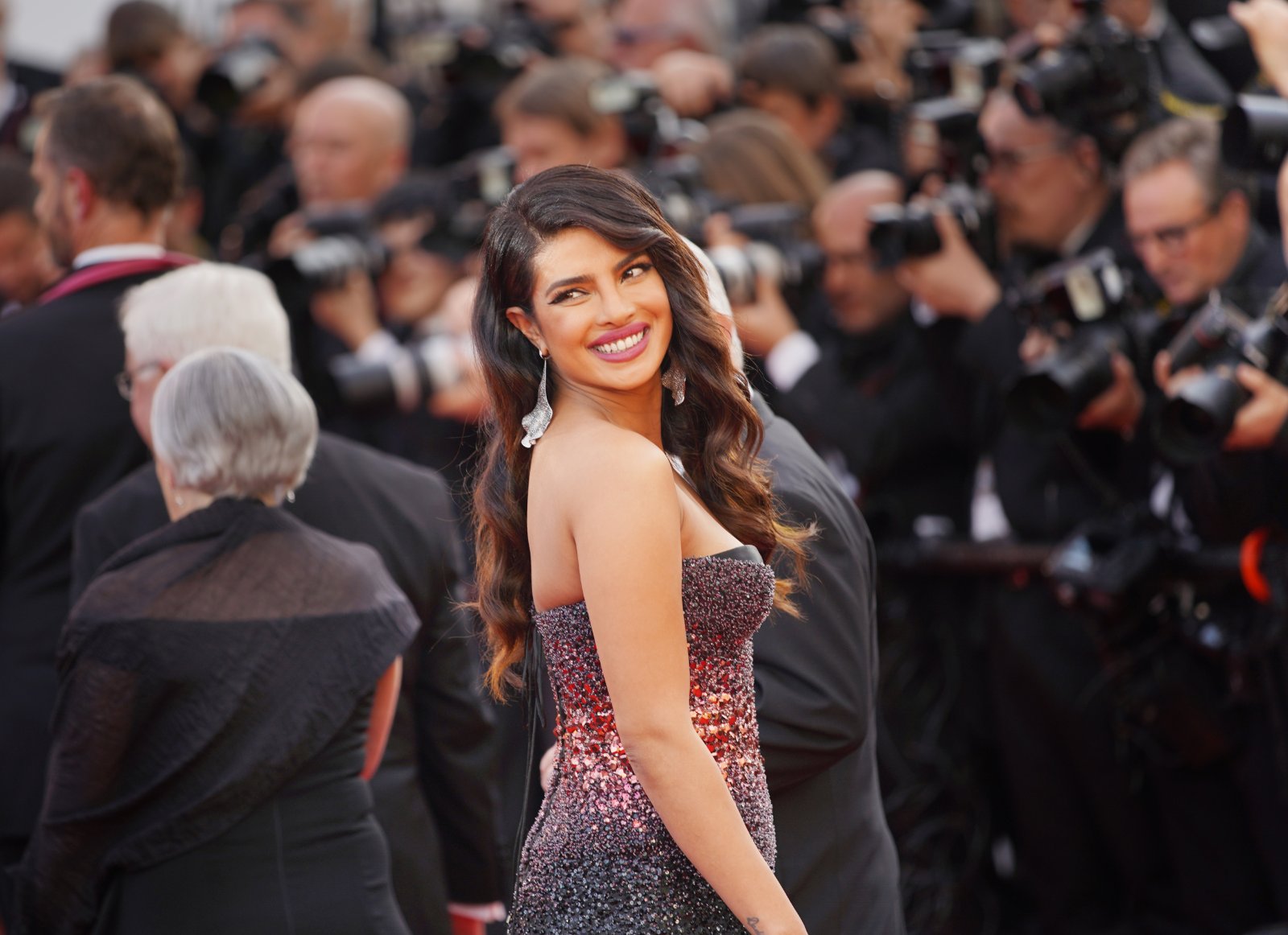 Her first Instagram upload of the year, which showed Chopra and Jonas celebrating New Year's Eve on a boat, also generated a lot of attention, with comments from followers ranging from positive and supportive to people pointing out their 10-year age gap and saying they look like a "mom and her son."

See the photos below.

While Chopra admitted to Vanity Fair that state of facts was "a professional hazard,” the actress pointed out how social media can exacerbate even the smallest gestures, such as her changing her name on her accounts, causing people to read too much into it.

“Because of the noise of social media, because of the prevalence that it has in our lives, I think it seems a lot larger than it is,” she said. “I think that we give it a lot more credence in real life, and I don’t think it needs that.” 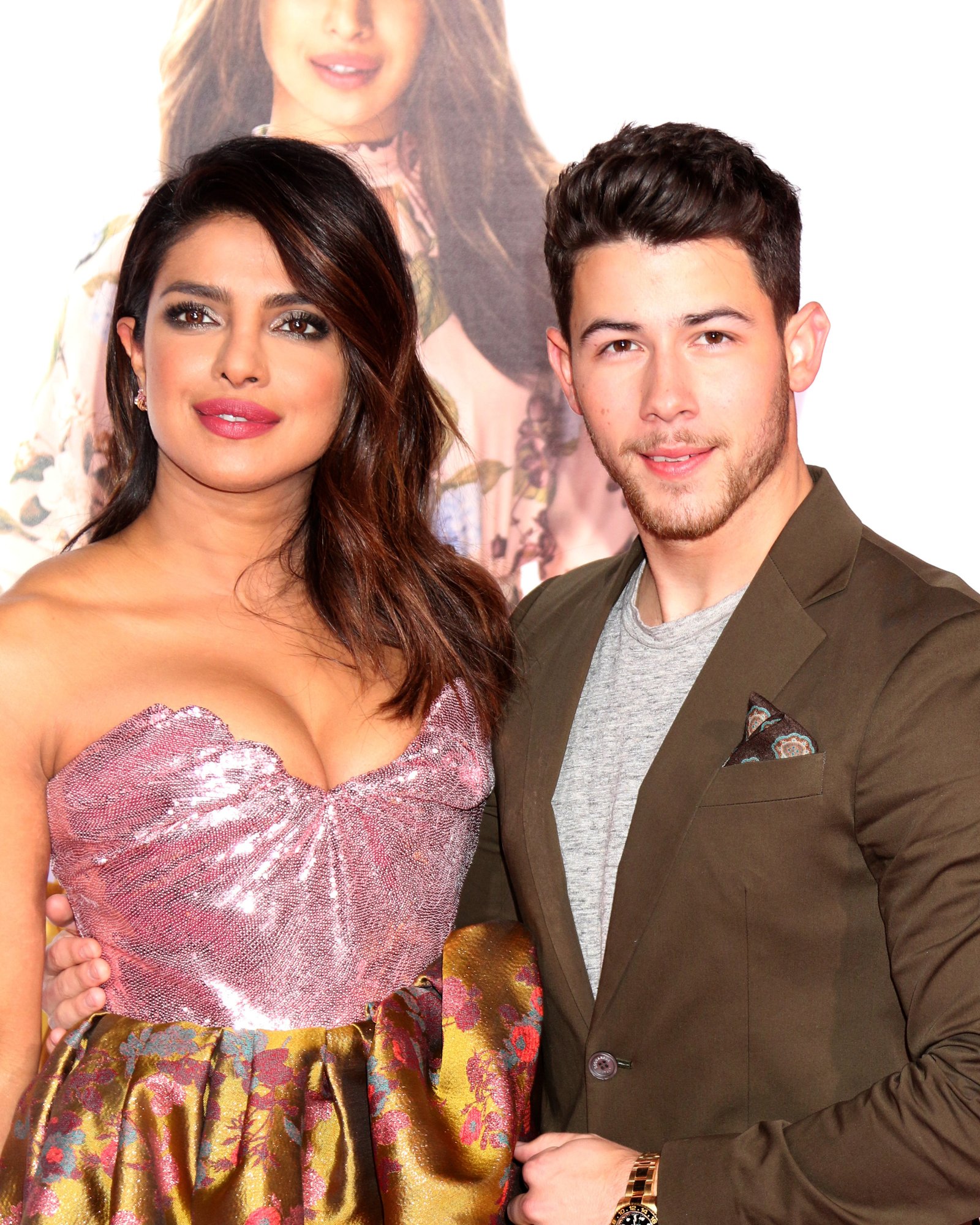 The White Tiger star went on to explain that her decision to change her name on social media was not a reflection of her personal life, but rather a move toward her professional career and an attempt to further secure some privacy.

“I’m starting to protect myself a lot more because I realize how much [the entertainment business] takes out of you,” she told Vanity Fair. “It takes a part of your soul, constantly trying to make sure that you say the right thing, do the right thing, dress the right way, not make a mistake, not trip because the whole world is going to watch. Or not fall when you’re walking up on a red carpet or say something wrong or have a bad f***ing day.”

Chopra previously shared her feelings about the whole name issue as early as February 2021, revealing she didn't want to lose her "identity" with the addition of "Jonas" to her legal name.

"The first time I saw it, I was like, 'Oh, oh ok, that's my name now.' I wanted to sort of honor traditions, but at the same time, I didn't want to let go of my identity," she said on the Chicks in the Office podcast. "This was my in-between, I guess. I inherited a beautiful name and I hope to live up to its legacy."

As remarked by Hollywood Life, Chopra was already a huge star in India before being romantically linked to the Jonas Brothers singer. However, she only became known to North American audiences after starring in ABC’s Quantico, which aired between 2015 and 2018. The pair tied the knot in December 2018 and have now been married for three years and counting.

Meanwhile, Jonas, who joined Chopra for the Vanity Fair interview, shared his own take about life in the limelight.

“We both know that public life is something that comes with what we do. But we’ve set real boundaries around our personal lives, our privacy, and worked really hard to create that little safe haven for ourselves with our friends and family," said the "Jealous" singer. 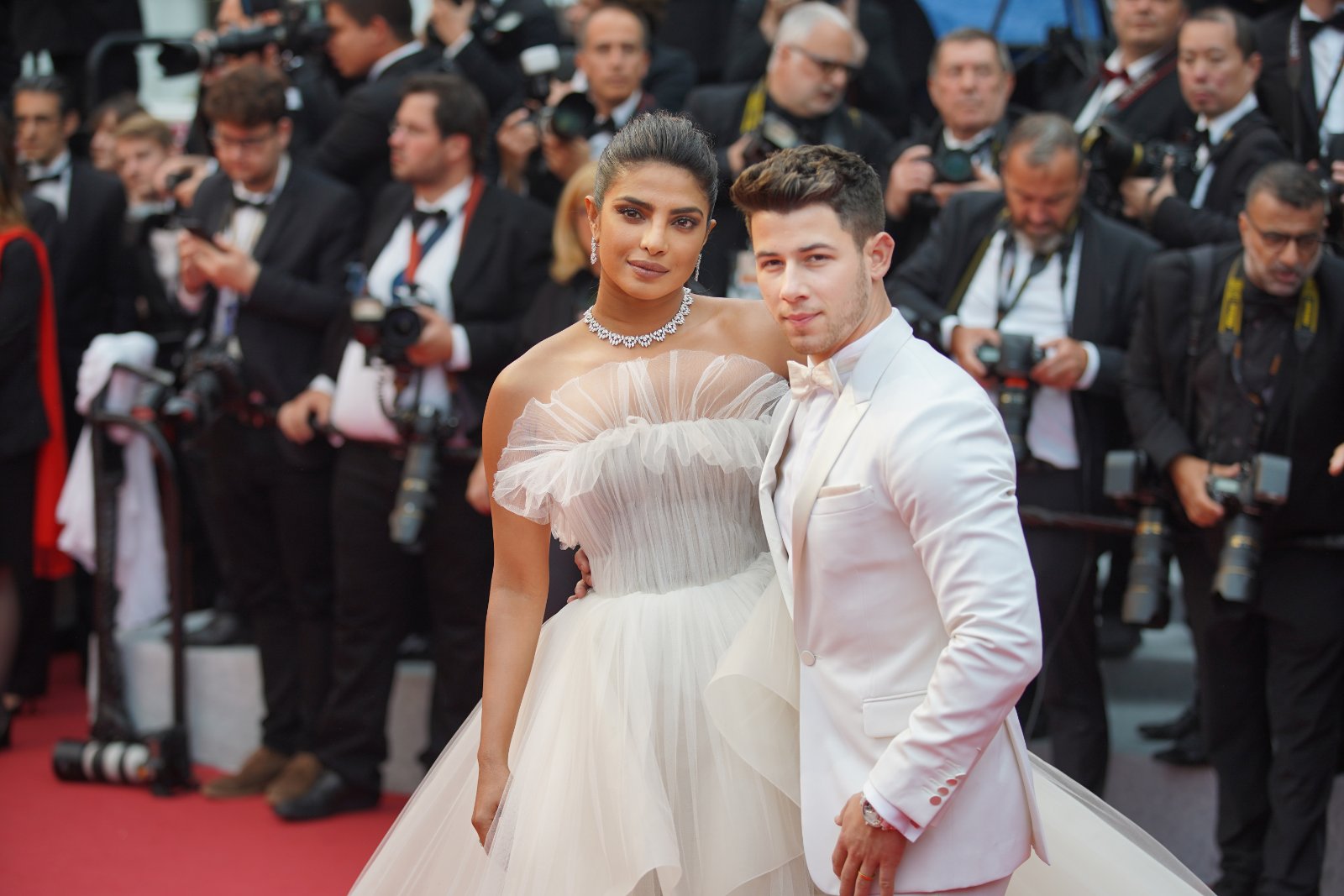 First sparking romance rumors at the 2017 Met Gala, Chopra and Jonas began dating in May 2018, with the Isn't It Romantic actress revealing that it all started after he slid into her DMs on Twitter.

The couple held a lavish Western wedding at the Umaid Bhawan Palace in Jodhpur, tying the knot for a second time in a traditional Hindu ceremony the following day.

"I love that our wedding was a religious mash-up," Chopra told PEOPLE at the time. "We took beautiful traditions that we both grew up with and personalized them in a way that made sense for us. It's been incredible to find the commonalities between our beliefs and figuring out how to blend them in a respectful and meaningful way."