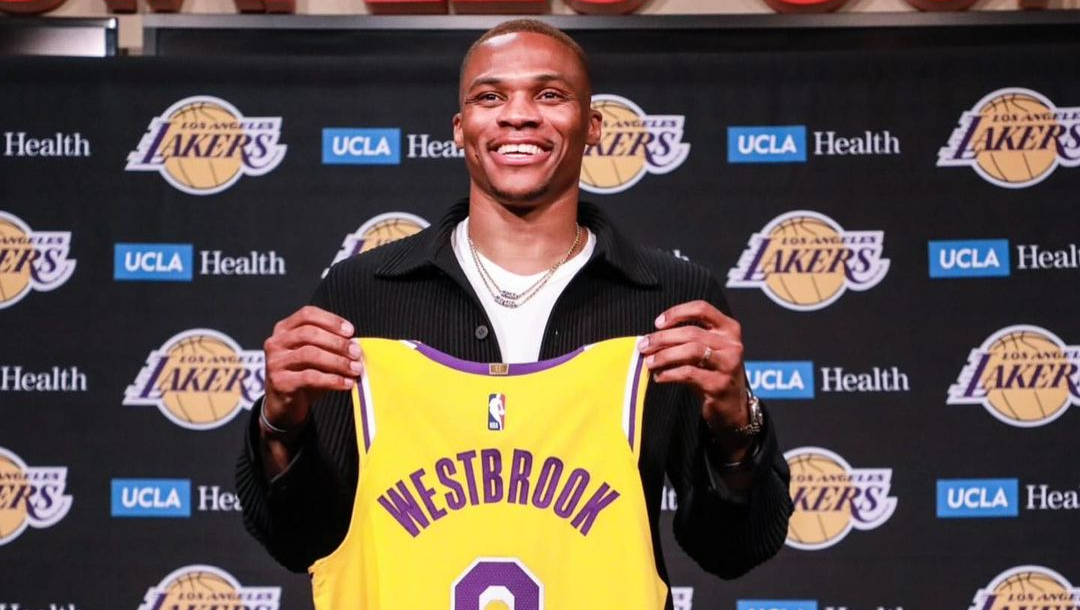 The Los Angeles Lakers made a bold move by trading away most of their depth for Russell Westbrook.

The former MVP and Scoring Champion has played for four different teams over the past four seasons and, even though his individual numbers have been solid; he's failed to successfully lead an offense.

That's why several NBA analysts raised their eyebrows when a team that craved shooting added another non-shooting ball-dominant guard to their locker room. And, so far, Westbrook hasn't done much to silence those doubts.

Westbrook Is Hurting The Lakers' Defense 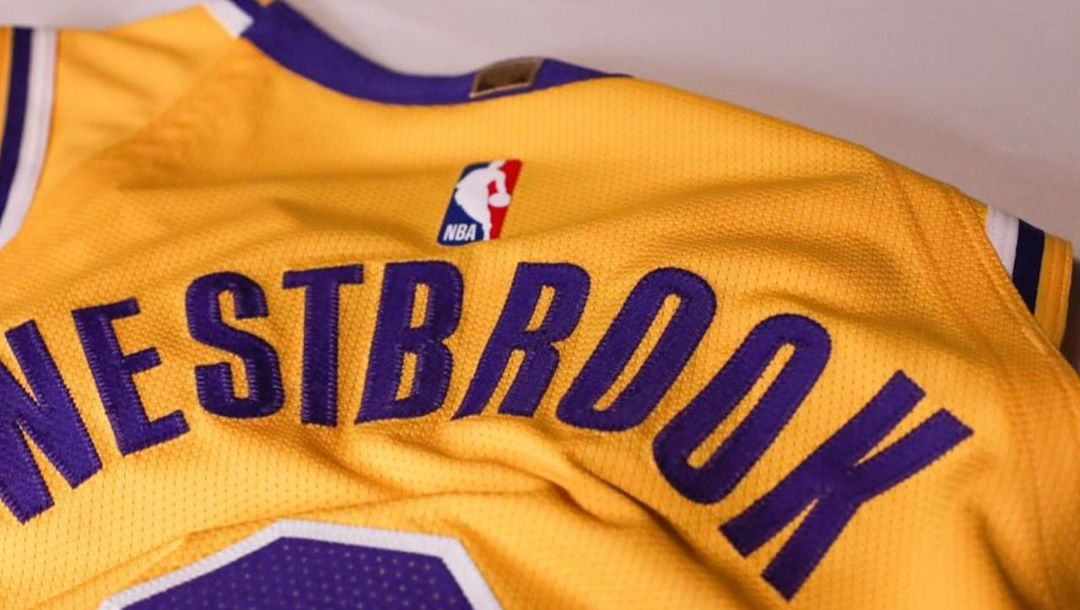 Westbrook has never been known for his defense but he's got the physical traits to at least not be a liability.

Then again, he's not putting up enough effort on the defensive end for the Lakers and, per Addam Goldman of Fadeaway World, he's been one of the worst defenders in the league this season:

"Russell Westbrook is defending 5.2 three-point shots per game and allowing his assignment to shoot 38.2% from deep, 4.9% better than their normal average, and tenth-worst in the league among guards (minimum five 3-point shots defended to remove some of the noise).To make matters worse, out of the 5.2 shots from deep Westbrook has been responsible for guarding this year on the Lakers, he’s only contesting 2.1 of those attempts. The math is simple; he’s giving up 3.1 wide-open shots from beyond the arc per game," wrote Goldman.

He's Not Doing Much On Offense Either 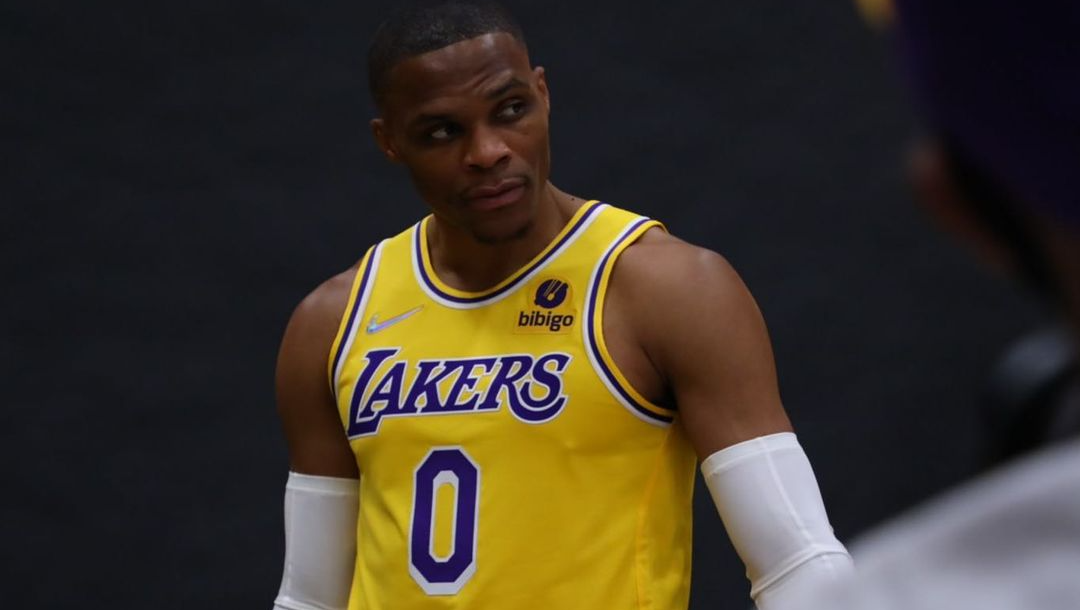 Westbrook's fiery scoring ability has also been missing for most of the season.

He's currently averaging just 19.4 points per game, his second-lowest total and the worst since his sophomore year.

While efficiency has never been his cover letter, he always found ways to put up big numbers and be aggressive. That hasn't been the case even with LeBron James out of the lineup.

Has The Experiment Failed? 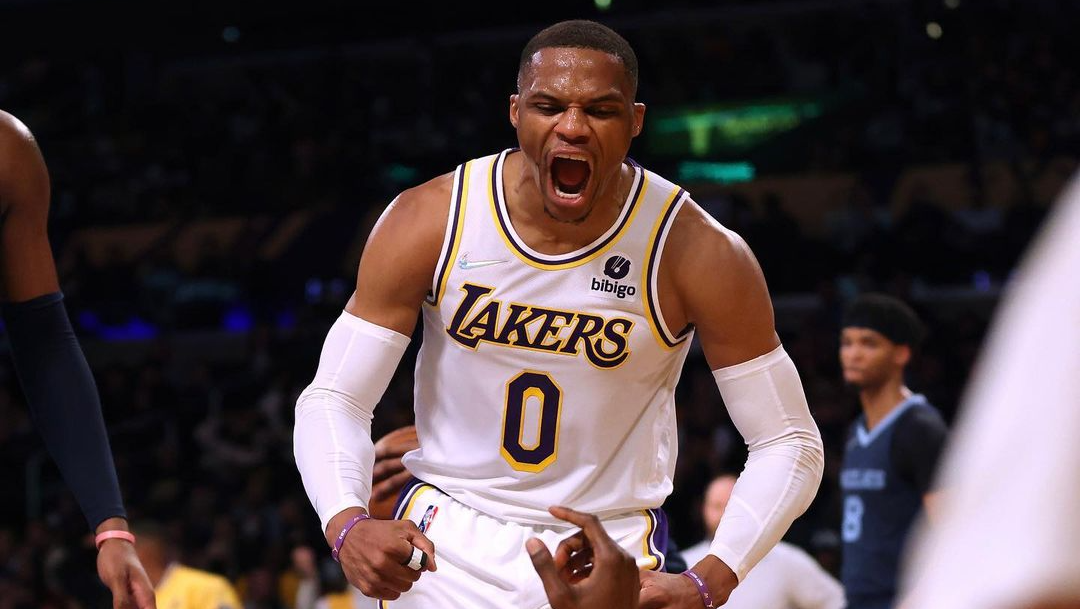 All things considered, it seems like the Lakers' experiment has failed.

They had a deal in place for Buddy Hield shortly before trading for Westbrook, and DeMar DeRozan said that he was ready to join the Lakers as well.

The Lakers chose Westbrook over both of them and gave up their depth in the process. As Eric Pinus of Bleacher Report points out, it was the wrong call:

"Hield is the best fit of the three as an outside shooter. Although the Lakers would have sent out Kuzma and Harrell for him, they could have kept Kentavious Caldwell-Pope and their No. 22 overall pick. The smaller investment in Hield (between $23.1 and 27.6 million this season, depending on incentives) might have enabled the Lakers to re-sign Alex Caruso, a vital role player whom they miss defensively," wrote Pinus.

The Lakers Need A Turnaround

Westbrook is one of the most gifted athletes in the history of the league.

He's gotten off to slow starts multiple times in his career and then turns it around by the second half of the season.

If that's not the case, and if he continues to prove that he can't lead the team when LeBron has to sit out, then the Lakers have no true use for him and his $44.2 million contract.

They rolled the dice, it didn't pay off. It happens.