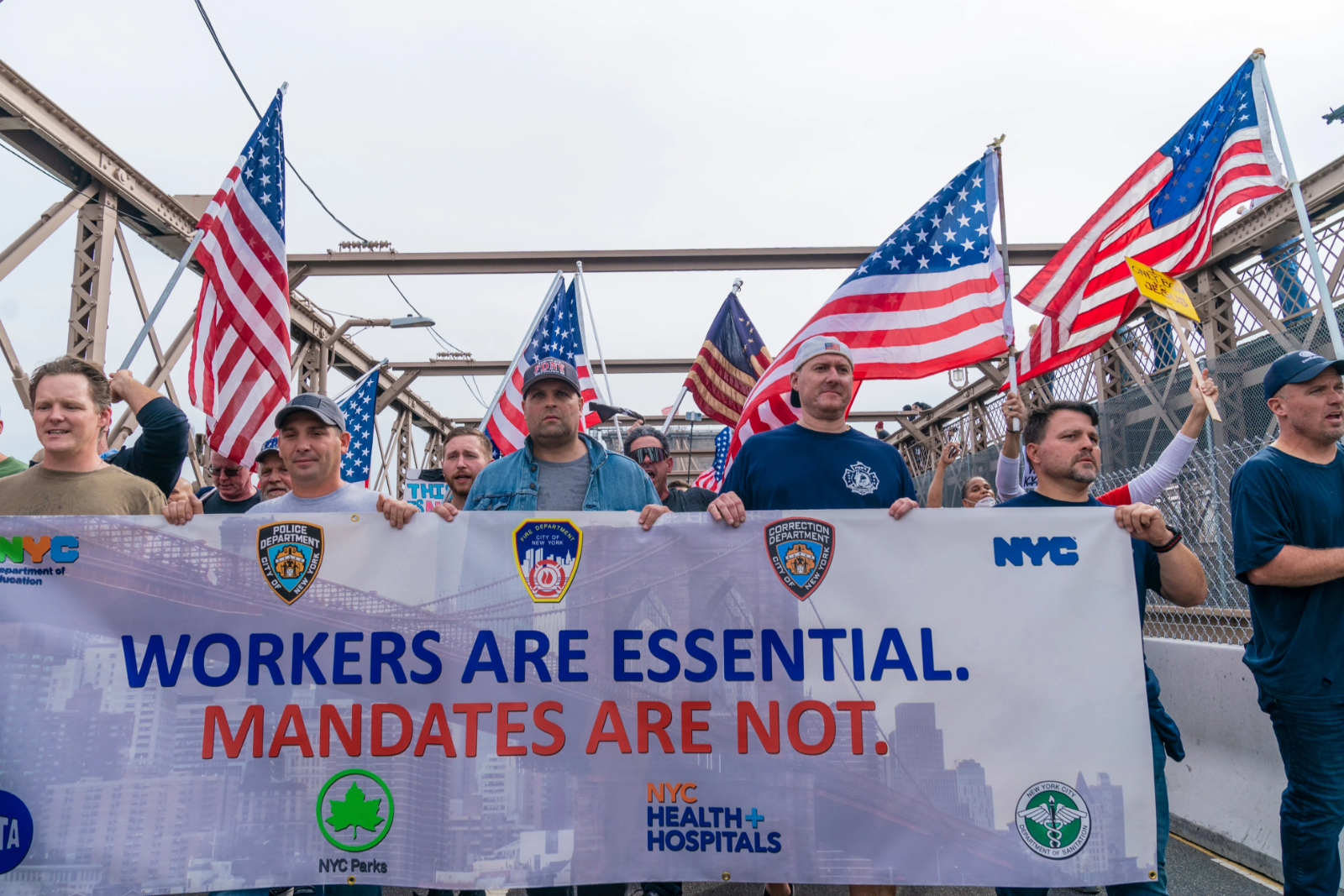 First responders in New York City, including FDNY and NYPD employees, protested this week against the city-wide vaccine mandate that will force the resignation of key personnel. Fox News reports that 75 percent of the New York Police Department (NYPD) and 68 percent of the Fire Department of New York (FDNY) are fully vaccinated.

The unions for both departments are saying there will be a staffing crisis as the October 29 deadline looms. The mandate is for all city employees to have received at least one vaccination by 5 P.M. EST Oct. 29.

Protests against the mandate are expected to continue Thursday at the residence of Mayor Bill de Blasio. 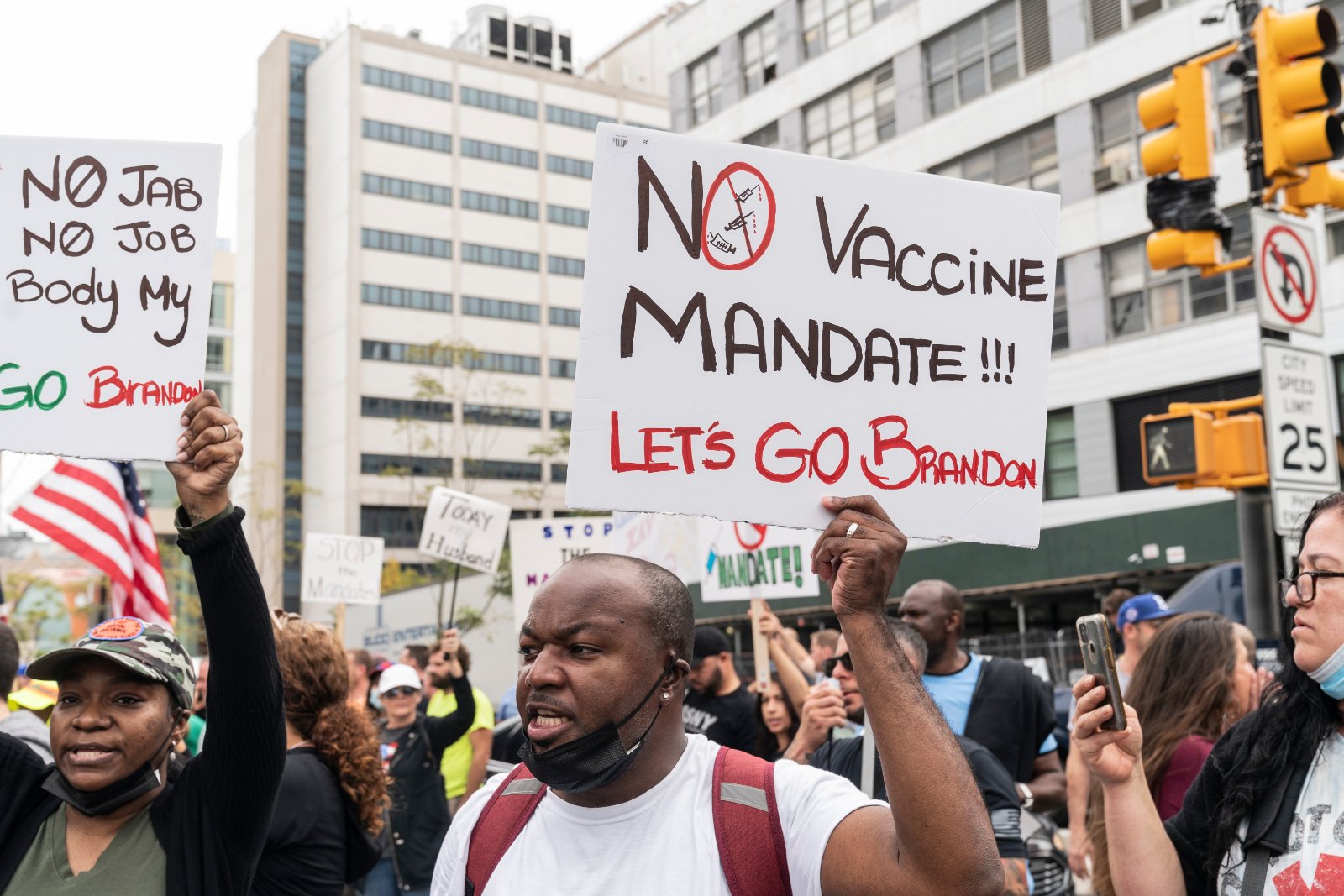 The crisis will result in a forced resignation, and more overtime for existing staff. Still, the overtime won’t be enough.

The city says that with the forced resignations will come forced closures, where the fire department will be required to close 20 percent of its companies and ambulance will also have to shut down 20 percent of their buses used for emergency response. Daniel Nigro, the Commissioner for the FDNY said that the FDNY would, “use all means at our disposal, including mandatory overtime, mutual aid from other EMS providers, and significant changes to the schedules of our members to ensure continuity of operations.”

An NYPD spokesperson said, “We will be prepared for any changes in personnel due to the mandate.”

The mandate will lay off or result in forced resignations of approximately 6,000 New York City Police, with a total number of 46,000 first responders experiencing a potential job loss.

Required To Take Leave Without Pay 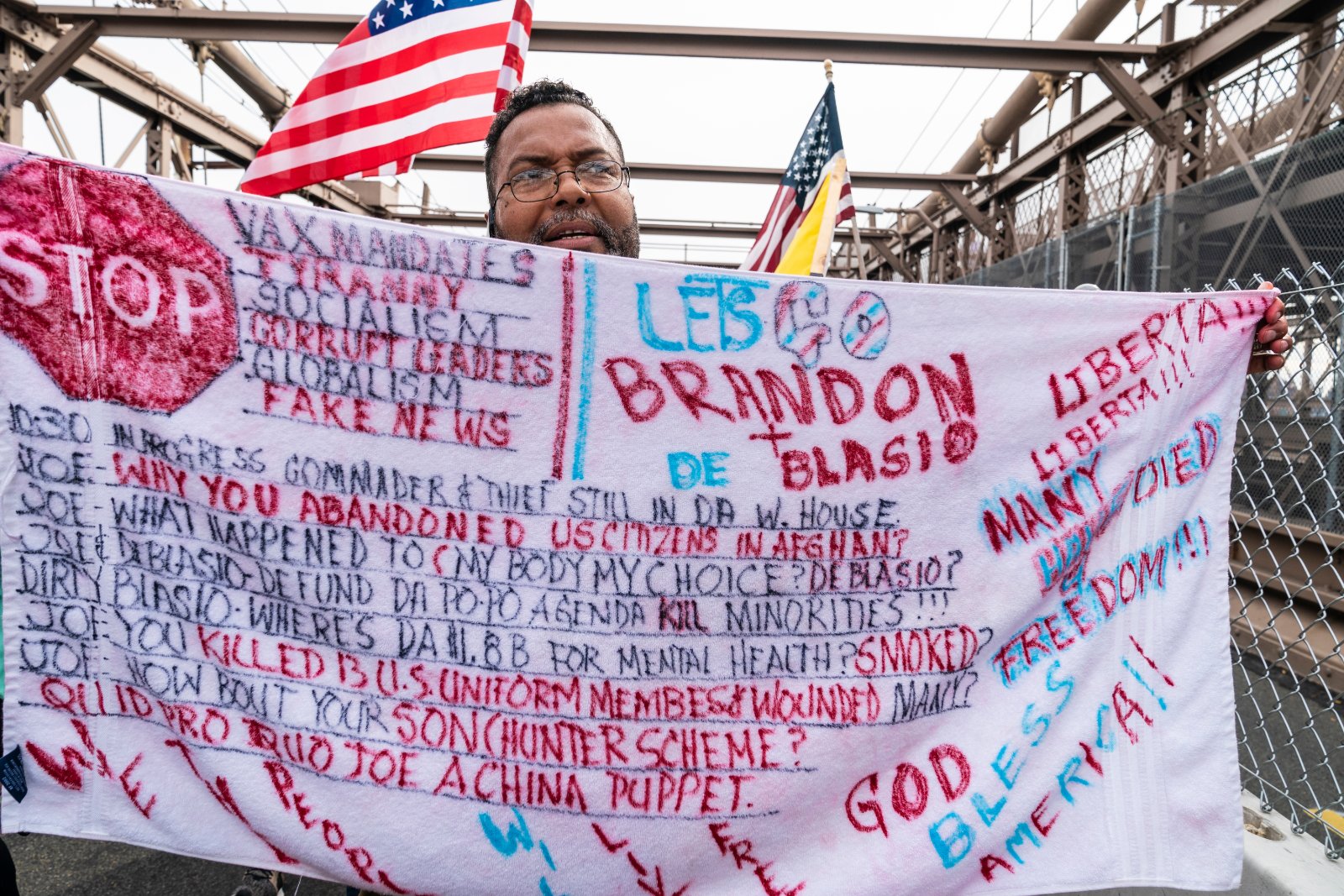 Unions for both the police and the fire have filed lawsuits against New York City. FDNY Firefighters Association President Andrew Ansbro said the repercussions were “inevitable” and “irrefutable” saying the manpower shortage would be “catastrophic” for the city. 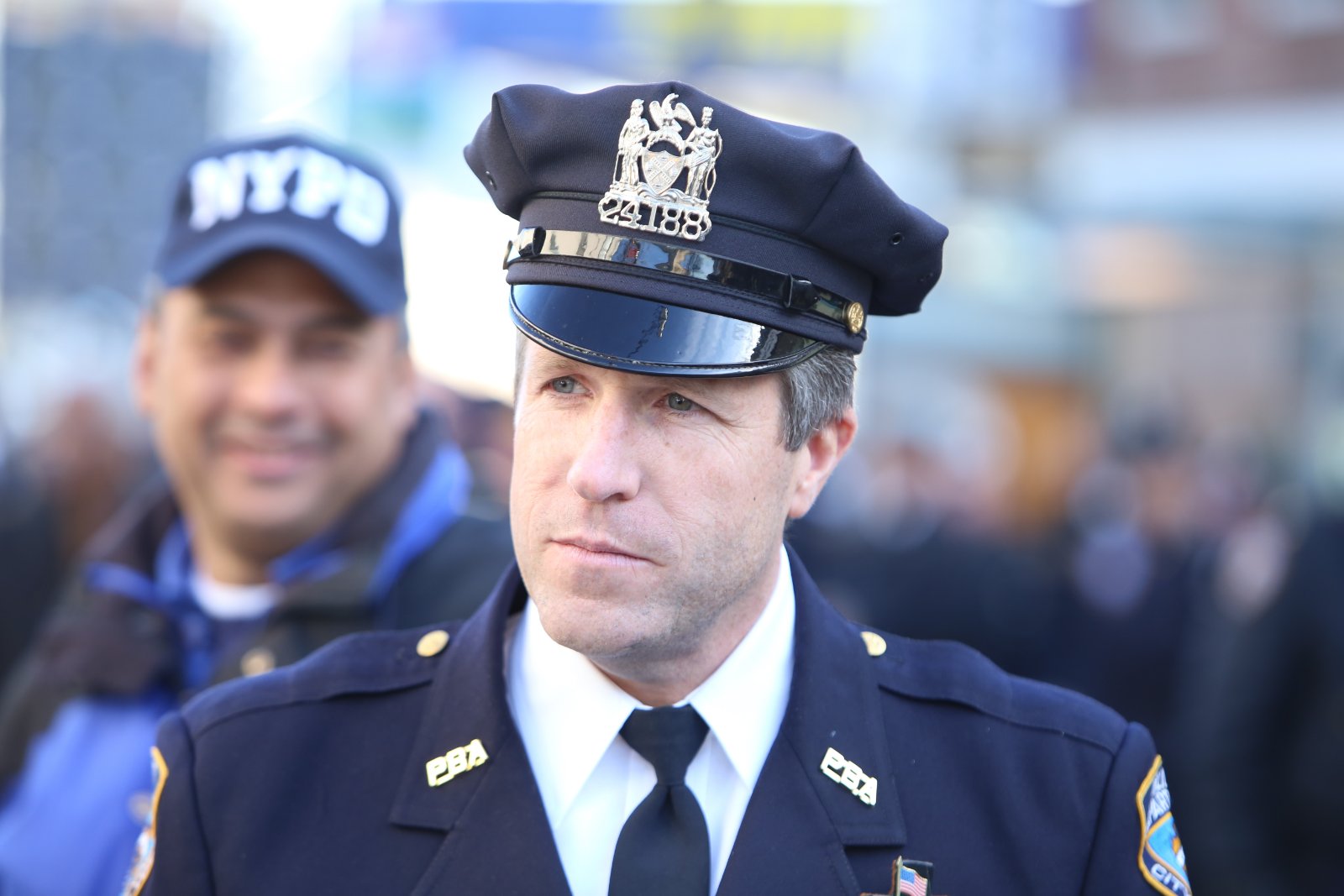 The repercussions FDNY FA President Ansbro referred to were firehouse closures, increased response times, and lives lost. He blames the city for the personal choices of the employees.

This week, a New York City judge has already refused a police union motion to delay the vaccine mandate. A Nov. 12 court date has been set by Judge Lizette Colon for the city to defend the mandate against the Police Benevolent Association’s (PBA) lawsuit.

Union President Patrick Lynch said the ruling was setting the city up for a crisis, calling the rollout “haphazard” and a violation of officers’ rights. 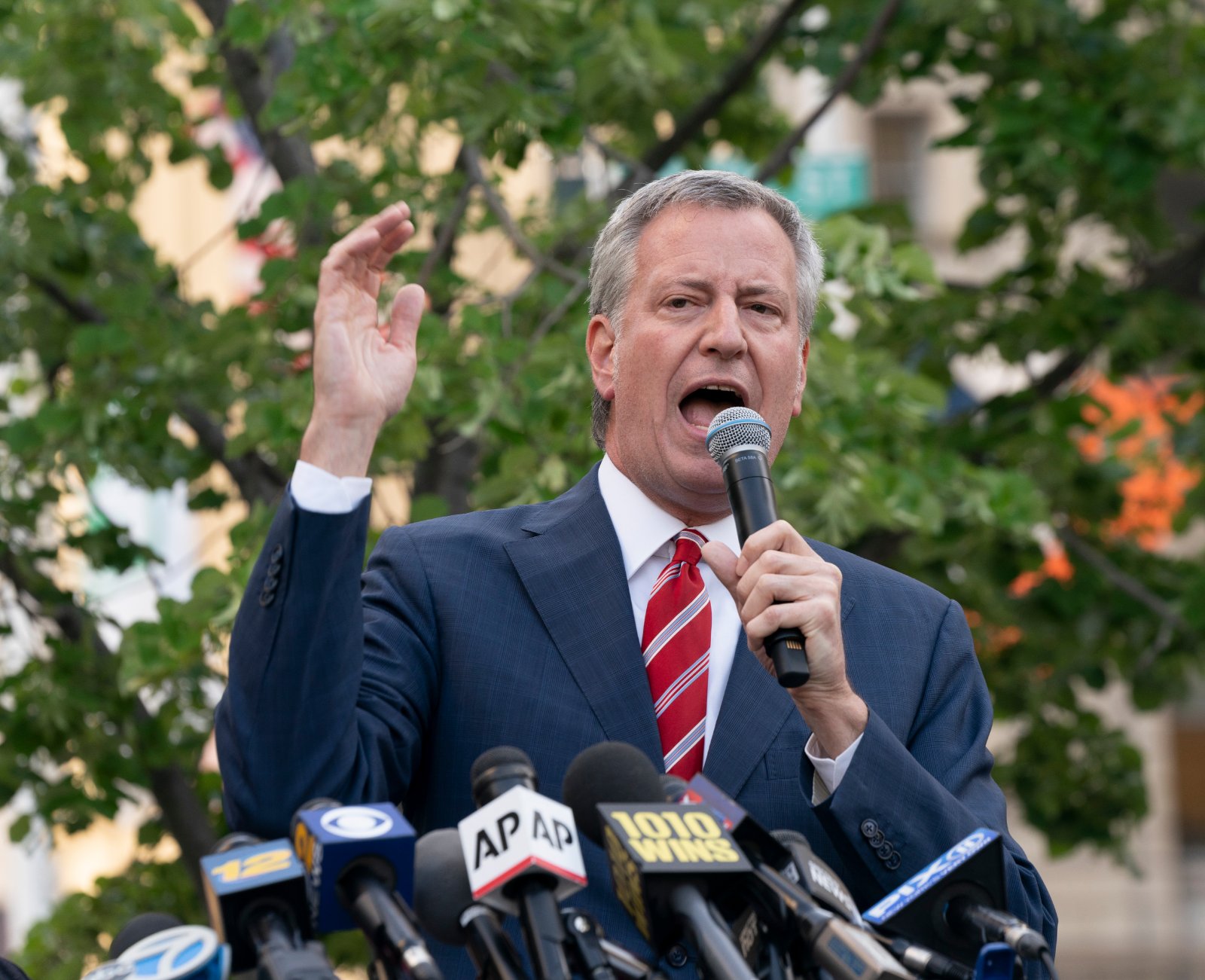 Employees in both NYPD and FDNY have taken to the streets to protest. They protested this past Monday, and also plan to protest at Mayor Bill de Blasio’s home on Thursday. FDNY FA President Ansbro reportedly estimates approximately 45 percent of the fire department will lose their jobs over this, again calling it a “personal choice” reports NPR.

Ansbro also said that approximately 70 percent of the fire department has already been ill with Covid-19 and that they were now immune to the virus.

The streets of New York City this weekend were flooded with protests from city employees, with more protests pending. Ansbro blames the mayor,

“We’ve been here every day of the pandemic and we will still be here on Nov. 1. It’ll be the mayor that separates you from New York City residents and what happens to them will be on him, and not on us.”

At this time, the city does have plans for the staff shortages, including overtime for the remaining personnel after Nov. 1.