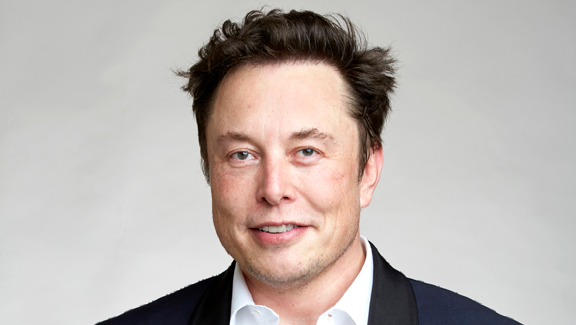 The internet went crazy in 2020 when Elon Musk announced the arrival of baby boy X Æ A-Xii, whom he shares with his former partner, Grimes. But, while the newborn's unusual name made headlines all over the world, the Tesla and SpaceX CEO has fathered six other sons -- Nevada Alexander Musk, Griffin Musk, Xavier Musk, Kai Musk, Saxon Musk, and Damian Musk -- who have spent less time in the spotlight.

Despite a few instances when Musk's children have been in the news for one reason or another -- such as when he started dating Amber Heard and the actress was seen bonding with the Musk brood -- not much is known about his older sons.

Musk's older sons were born out of his relationship with his first wife, Canadian author Justine Wilson, 49. The pair were married in 2000 and two years later welcomed their first son, Nevada Alexander Musk.

Unfortunately, the ex-spouses lost their baby boy to sudden infant death syndrome (SIDS) at just 10 weeks old. According to International Business Times, Musk, 50, doesn't talk about the death of his son, Nevada Alexander.

The billionaire tech mogul is adamant about keeping his children out of the public eye. He doesn't use social media apart from Twitter and rarely shares anything about his private life.

Two years after the tragic death of his firstborn, Musk became a father for the second time. In 2004, twins Griffin and Xavier Musk were born. The boys were conceived through in-vitro fertilization (IVF) and are now 17 years old.

According to The Sun, the Tesla and SpaceX owner shares custody of the boys with their mother. The couple divorced in 2008, after which Musk went on to marry English actress Talulah Riley in 2010.

Musk and Riley briefly divorced after two years but were remarried in 2013. They split for good in 2016. In 2006, Musk and his first wife extended their family to welcome three more sons: triplets Kai, Saxon, and Damian Musk. Just like their older siblings, the trio was conceived through IVF.

The triplets, who are now 15-year-olds, are also under the shared custody of Musk and Wilson. In 2015, the boys appeared in a couple of group photos on Amber Heard's Instagram. The actress, 35, was in an on-again, off-again relationship with Musk between 2016 and 2017, following his final divorce from his second wife.

The youngest of the Musk brood, X Æ A-Xii was born on May 5, 2020 -- 14 years apart from triplets Kai, Saxon, and Damian, and 16 years apart from twins Griffin and Xavier. Unlike it was the case with his older sons, Musk has been more forthcoming about baby photos, tweeting occasional pics of X Æ A-Xii.

Grimes, with whom Musk officially split earlier this week after being together for three years, also keeps the couple's son largely out of her Instagram feed. The 33-year-old Canadian musician has posted a single photo of her son, along with a couple of pictures of her baby bump.

Musk and Grimes originally named their only child together X Æ A-12 but were forced to later change it because California state law prohibits Indo-Arabic numerals in names.

As of September 24, when Musk and Grimes announced their separation, the one-year-old and his mother were still living with the tech mogul.

“We are semi-separated but still love each other, see each other frequently and are on great terms,” Musk told Page Six.