Watch: Lindsey Graham Shocks Reporter, Says U.S. 'Will Be Going Back Into Afghanistan' 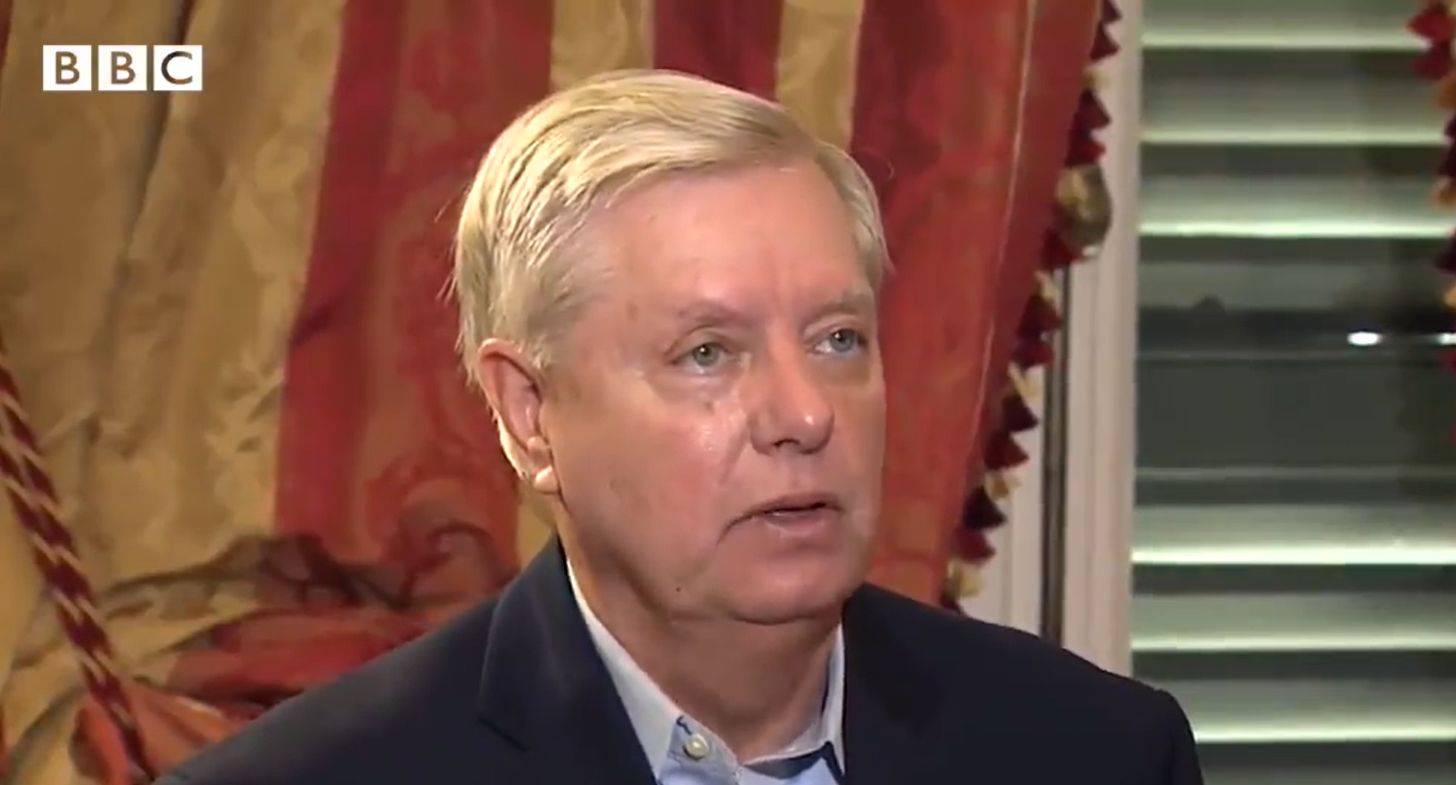 When President Joe Biden decided to make good on his promise to withdraw all American troops from Afghanistan, critics from both parties -- as well as members of the press -- accused him of acting recklessly and causing unprecedented damage to America's international standing.

Some Republicans went a step further in their criticism. They urged Biden to resign and floated using the 25th Amendment to the United States Constitution to remove him from office. Notably, South Carolina Sen. Lindsey Graham strongly advocated for Biden's impeachment.

Graham now claims that the U.S. will have to go back into Afghanistan.

In an interview with the BBC over the weekend, Graham said that both liberals and conservatives need to acknowledge withdrawing from Afghanistan was a mistake because the Taliban "are not reformed."

"They have a view of the world out of sync with modern times. They're going to impose a lifestyle on the Afghan people that is going to make us sick to our stomachs," the senator said, as reported by RealClearPolitics.

"But most importantly, they’re going to give safe haven to Al Qaeda who has ambitions to drive us out of the Mid East writ large and attack us because of our way of life," he added.

Going Back Into Afghanistan

Graham then said that the U.S. will inevitably go back into Afghanistan at some point in the near future.

"We will be going back into Afghanistan as we went back into Iraq and Syria," he stated.

The BBC anchor who interviewed Graham was visibly shocked by this suggestion. "Hang on. Are you serious?" the reporter asked.

"We'll have to. Because the threat will be so large...Why do we have 5,000 troops in Iraq today? Because of the Caliphate rising... It will be a cauldron for radical Islamic behavior. You can not deal with this over the horizon," Graham replied.

Graham's most recent remarks echo what he said last month, when he predicted that withdrawing from Afghanistan would lead to terrorist attacks on U.S. soil.

As The Hill reported, Graham said at the time that the chances of more terrorist attacks like the ones on September 11, 2001 "went through the roof" after Biden withdrew the troops from the war-torn country.

"We've turned our back on our allies ... and we set the conditions for another 9/11," the South Carolina Republican said, stressing that he is gravely concerned about the potential for terrorist attacks on America.

Though Americans generally support ending foreign engagements and bringing troops home, the way Biden went about exiting Afghanistan appears to be incredibly unpopular -- and he is paying a political price for that.

In fact, most recent polling suggests that the troop withdrawal has had a major negative impact on Biden's popularity and approval ratings.

Only two of Biden's predecessors have had a lower approval rating at this point in their presidencies: Donald Trump and Gerald Ford.