NBA Rumors: Zach LaVine Expected To Be A Laker In The Future After Signing With Klutch Sports Group 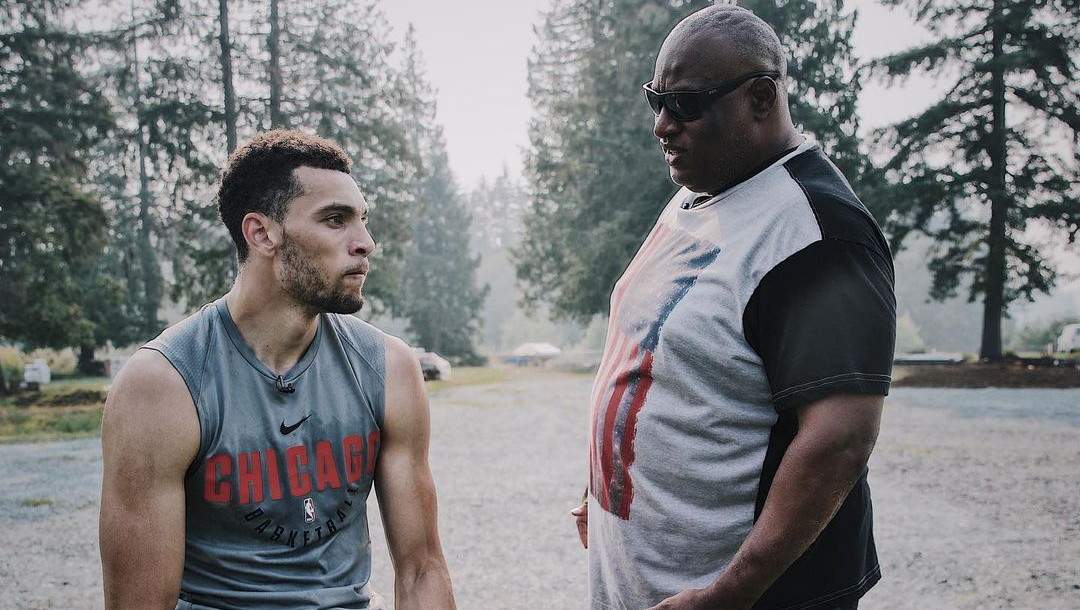 LaVine made the decision a year before he makes one of the biggest decisions of his NBA career. He's currently set the enter the final year of his contract and will become an unrestricted free agent next summer.

While joining Klutch Sports Group was more of a financial decision for LaVine, there are some people who believe that it's a sign of a major future move. After signing with the same agency as LeBron James and Anthony Davis, Jason Reed of Fansided's Lake Show Life thinks that the odds of LaVine becoming a Laker in the future just went up.

"And while we do not want to overlook the upcoming 2021-22 season, it is impossible to ignore the fact that Zach Lavine’s odds of being a future Laker just went up," Reed wrote. "LaVine is entering a contract year with the Chicago Bulls and it was reported on Monday that he is parting ways with his former agency and is signing with Klutch Sports. You know, the same Klutch Sports that is essentially made up of LeBron’s buddies. The same Klutch Sports that signed Anthony Davis to help him force his way to LA."

The Lakers are loaded right now. After suffering a first-round exit in the 2021 NBA Playoffs, they became more aggressive in upgrading their roster around James and Davis. With the recent additions of Russell Westbrook, Carmelo Anthony, Trevor Ariza, Wayne Ellington, Kent Bazemore, Malik Monk, Kendrick Nunn, Dwight Howard, and Rajon Rondo, the Lakers are once again one of the heavy favorites to fully dominate the Western Conference and capture the Larry O'Brien Trophy next year.

However, if things don't go as they expect in the 2021-22 NBA season, it wouldn't be surprising if James tries to recruit LaVine in the 2022 free agency.

LaVine would be an incredible addition to the Lakers. The Lakers may already have their own "Big Three," but replacing Westbrook with LaVine would provide them with a more lethal trio. LaVine's arrival in Los Angeles would boost their performance on the offensive end of the floor.

He would give them a very reliable scoring option, a decent rebounder, playmaker, and an elite three-point shooter. Last season, he averaged 27.4 points, 5.0 rebounds, and 2.4 assists while shooting 50.7 percent from the field and 41.9 percent from beyond the arc, per ESPN. With his ability to excel in an off-ball capacity, he would be the ideal third star alongside ball-dominant players like James and Davis in Los Angeles.

As of now, LaVine hasn't given a strong indication that he's planning to leave the Bulls in the 2022 free agency. To keep him happy in Chicago, the Bulls made major moves to boost their chances of winning the NBA championship title next season. After acquiring Nikola Vucevic before the 2021 trade deadline, the Bulls added DeMar DeRozan, Lonzo Ball, Alex Caruso, and Derrick Jones Jr. this summer.

If they perform well next season, it's hard to see LaVine leaving the Bulls in the 2022 free agency. However, if the title-contending team that they built fails to live up to expectations, LaVine could reevaluate his future in Chicago and consider listening to offers from other teams next offseason.