The Truth About Beef Jerky: How Healthy Is It? 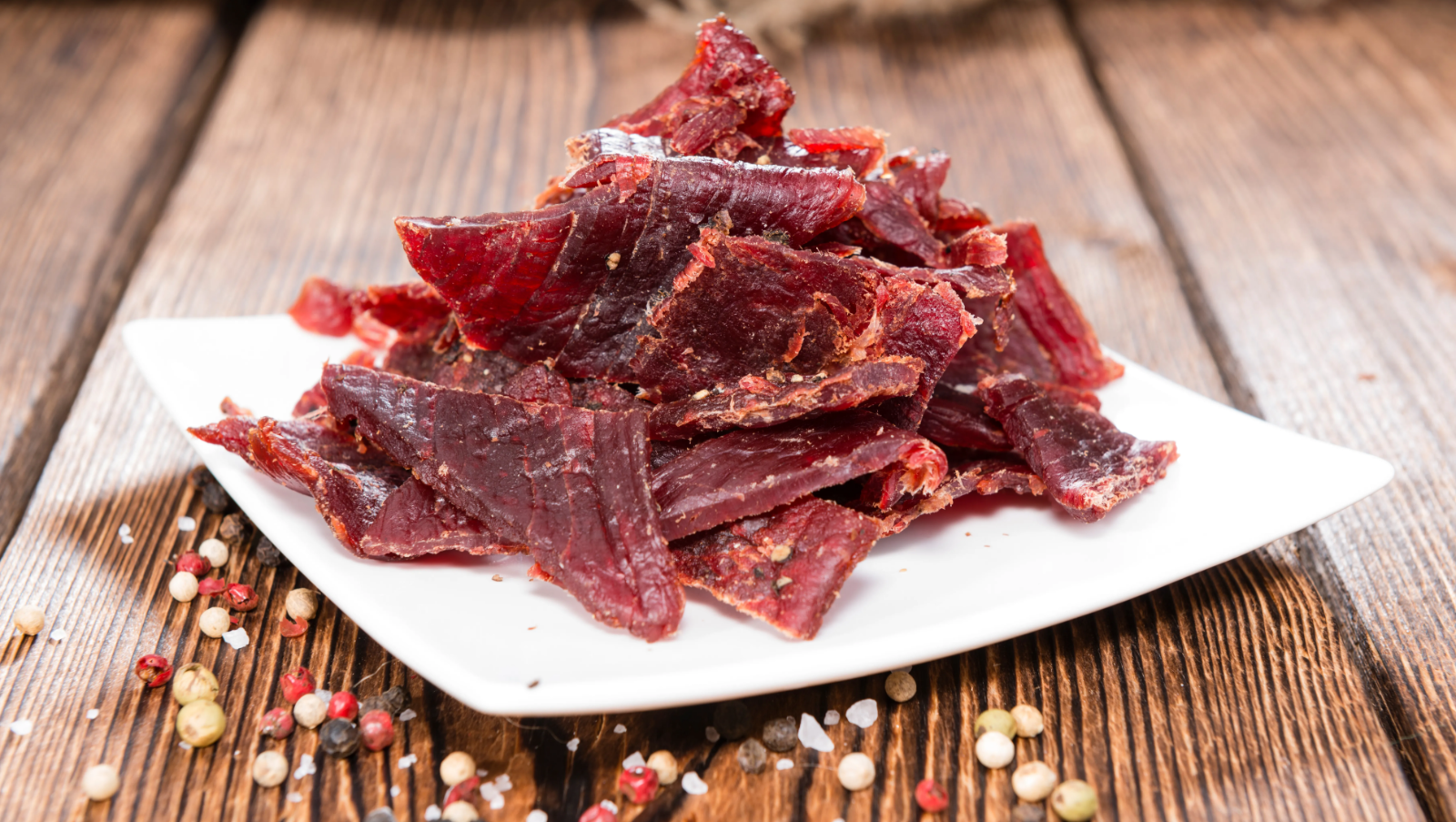 Beef jerky has many advocates who are seduced by its flavor and chewiness, but how healthy is the savory snack?

This meaty treat has become more and more sought after with the rise in popularity of the keto and paleo diets. The fact that it's non-perishable, tasty, portable, and super convenient has turned beef jerky into a preferred munch for many people who are looking to up their protein intake in the pursuit of a healthier lifestyle.

Here's what you should know about beef jerky from a nutritional standpoint.

What Is Beef Jerky?

Beef jerky falls into the category of processed red meat, which also encompasses other popular snacks, such as bacon, sausage, and hot dogs.

Eating red and processed meat has been linked to type 2 diabetes, heart disease, and cancer by a study published last year in the journal Diabetes Care of the American Diabetes Association.

As such, the American Institute for Cancer Research recommends that you reduce your consumption of red meat (beef, pork, and lamb) and skip the processed meats altogether (including hot dogs, bacon, sausage, and deli meats.) 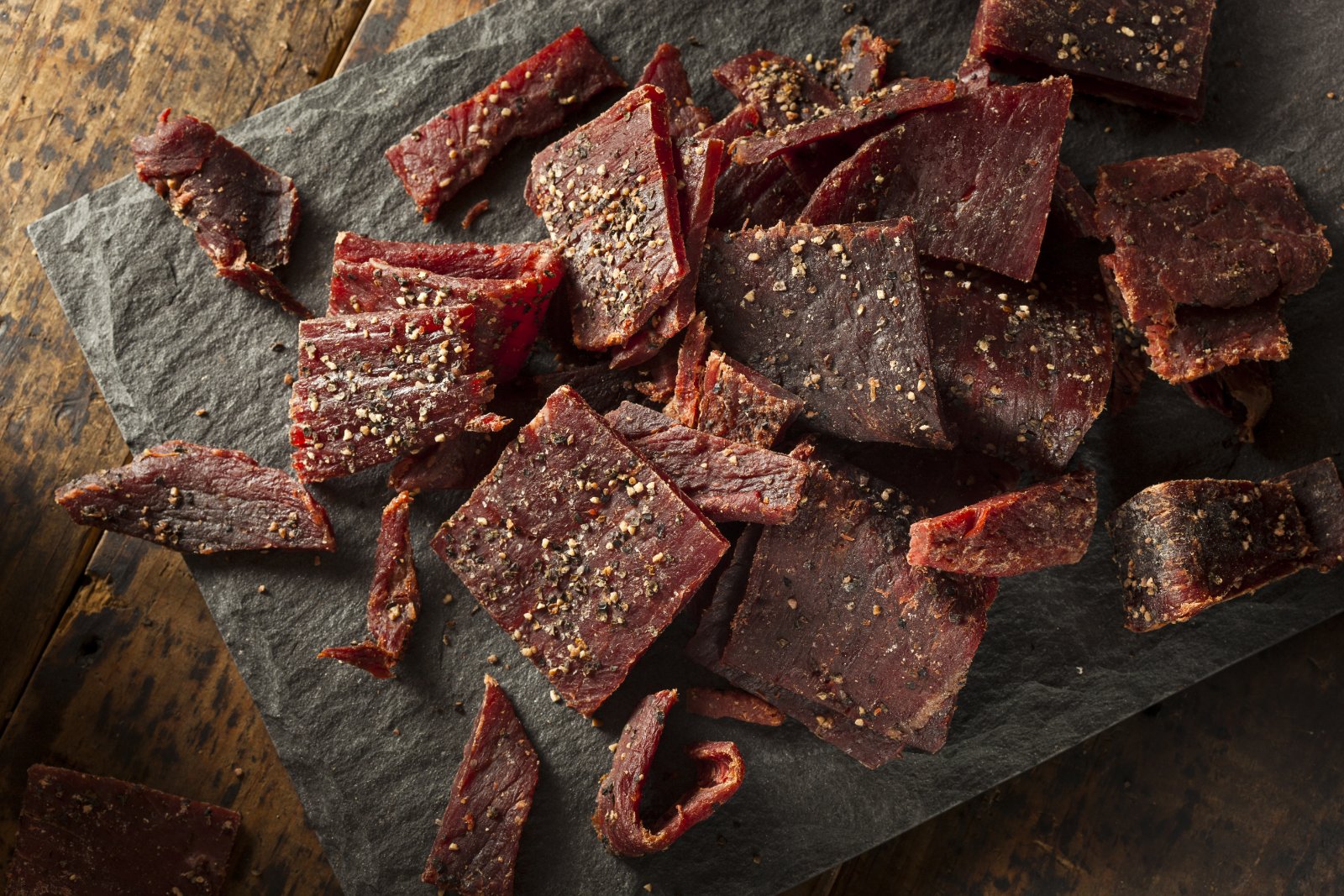 When it comes to the nutritional value of beef jerky, the numbers differ from one brand to another. Despite the variations, the U.S. Department of Agriculture (USDA) states that 1 ounce of beef jerky has 116 calories and provides 9 grams of protein, 7 grams of fat, and 3 grams of carbohydrate.

As far as vitamins and minerals go, you can get 15 percent of your daily zinc requirements, 11 percent of your phosphorus needs, and 8 percent of the iron you need every day from a 1-ounce portion of beef jerky.

According to nutritionist Cynthia Sass, it's exactly these "key minerals" that account for "some of the benefits of beef jerky." Zinc boosts the immune system, phosphorus is used by the body to produce energy and repair cells, while iron helps transport oxygen to organs and tissues, she writes for Health magazine.

However, one downside of beef jerky is its high sodium content.

Also on the ingredients list for beef jerky are a few substances you wouldn't necessarily expect to find in a meat product, such as soy (which is a common allergen) and barley malt extract (it has gluten), as well as preservatives, like sodium nitrite (linked to an increased risk of narrow, harder arteries and heart disease).

Is Beef Jerky Healthy Or Not? 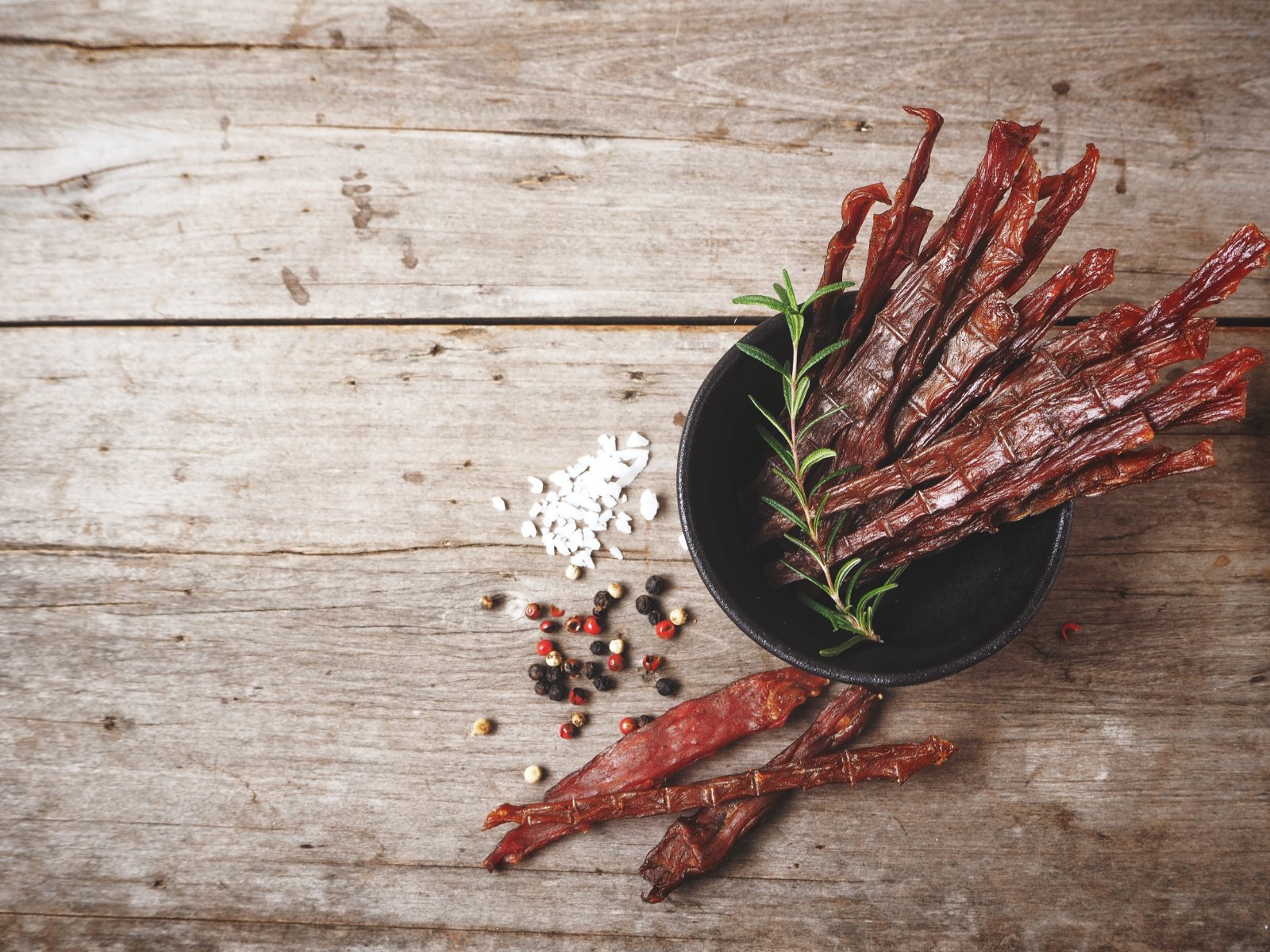 Due to its rich sodium content and processed red meat designation, Sass is skeptical about calling beef jerky a "health food." Nevertheless, the nutritionist argues that it's safe to eat it in small quantities so long as you go for a quality product.

"When evaluating any packaged food, including beef jerky, the first and most important thing to look at is the ingredient list."

To avoid some of the health risks that are associated with this type of snack, Sass suggests pairing your beef jerky with "naturally low-sodium, whole, plant-based foods" that will "balance out its high sodium content." Another option would be to look for plant-based jerky -- for instance, a mushroom variety.