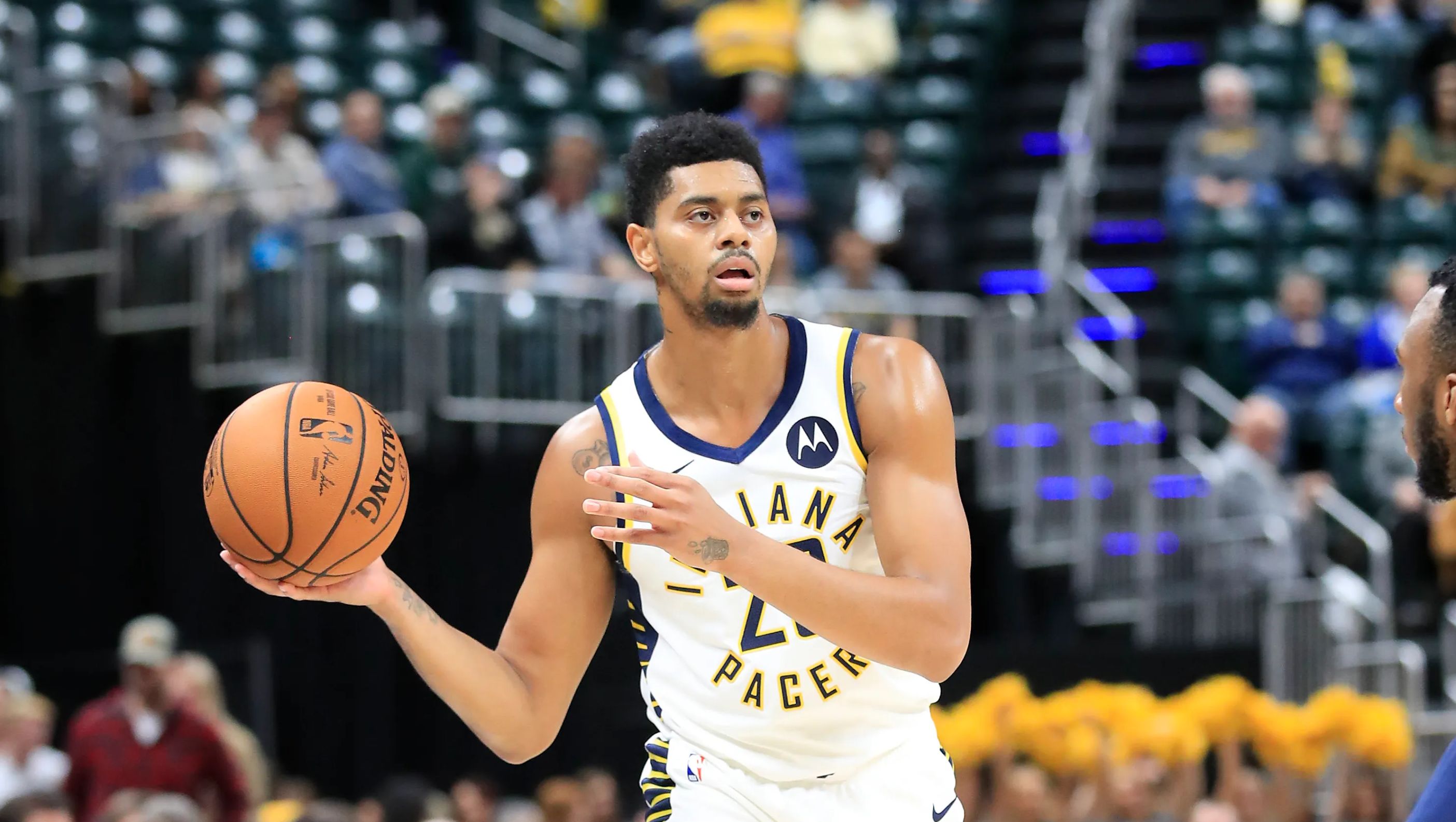 After failing to defend their throne in the 2020-21 NBA season, the Los Angeles Lakers became more aggressive in upgrading their roster this summer. In the early weeks of the 2021 offseason, the Lakers made multiple roster moves, acquiring Russell Westbrook via a blockbuster trade with the Washington Wizards and signing Kendrick Nunn, Dwight Howard, Malik Monk, Wayne Ellington, Carmelo Anthony, Kent Bazemore, and Trevor Ariza in 2021 free agency.

With their improved roster, it's no longer surprising that the Lakers are once again considered as one of the heavy favorites to capture the Larry O'Brien Trophy next year. 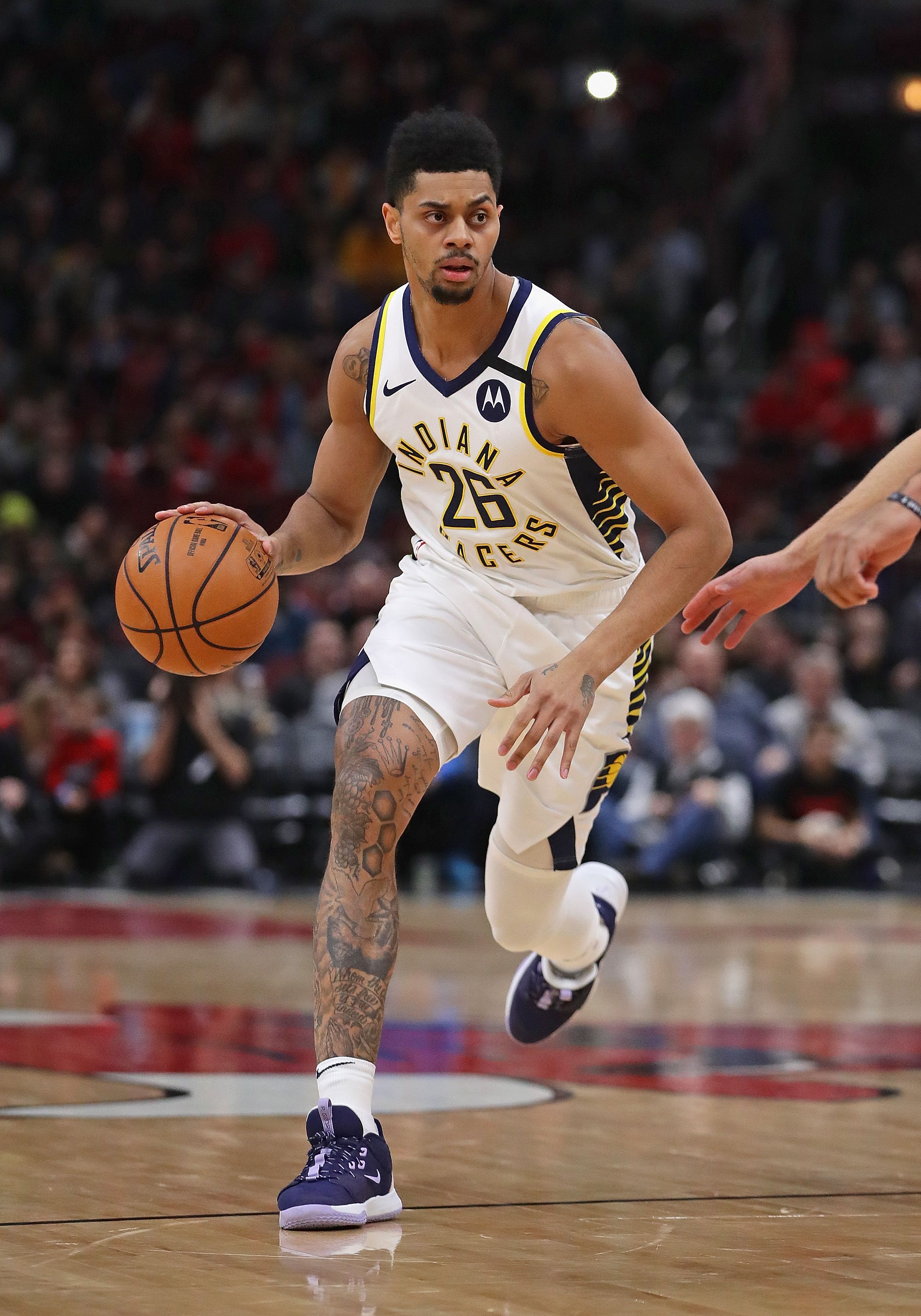 However, the Lakers don't seem to be done yet in upgrading their roster this summer. Recently, rumors have started to circulate that the Lakers are planning to pursue Westbrook's former Oklahoma City Thunder teammate and Indiana Pacers shooting guard Jeremy Lamb on the trade market. Per J. Michael of the Indianapolis Star, the Lakers are one of the teams that express interest in trading for Lamb.

"According to league sources, about four teams have expressed interest in dealing for Lamb, including the L.A. Lakers and Charlotte Hornets," Michael wrote, as quoted by Jacob Rude of SB Nation's Silven Screen And Roll. 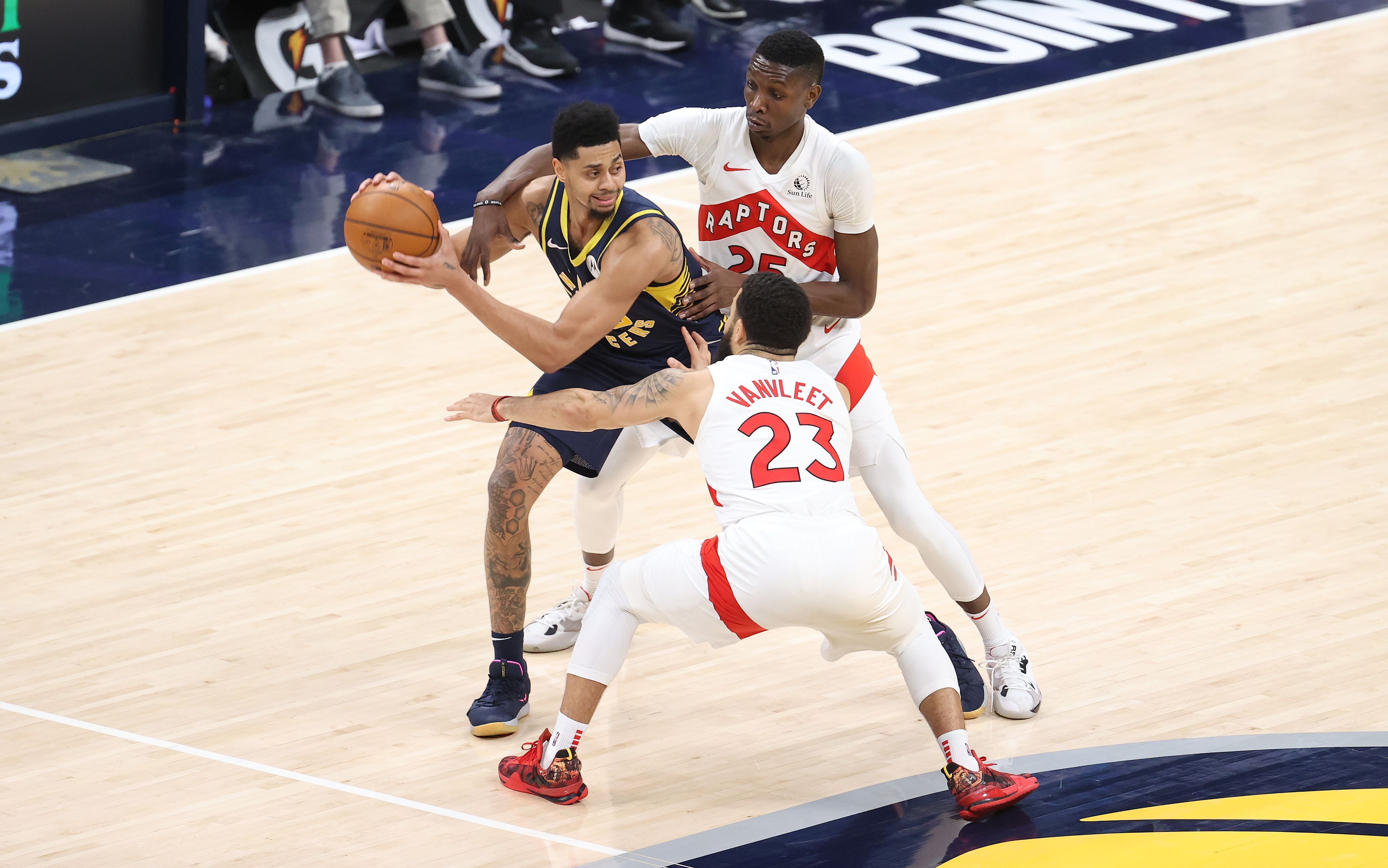 It's easy to understand why the Lakers are interested in acquiring Lamb from the Pacers. Aside from his known connection with Westbrook, adding Lamb would boost the Lakers' performance on both ends of the floor. Lamb would give the Lakers a three-and-D wingman. With his ability to excel in an off-ball capacity, he would be an ideal fit alongside ball-dominant superstars like Westbrook, LeBron James, and Anthony Davis.

Last season, the 29-year-old shooting guard averaged 10.1 and 3.2 rebounds while shooting 43.5 percent from the field and 40.6 percent from beyond the arc, per ESPN. 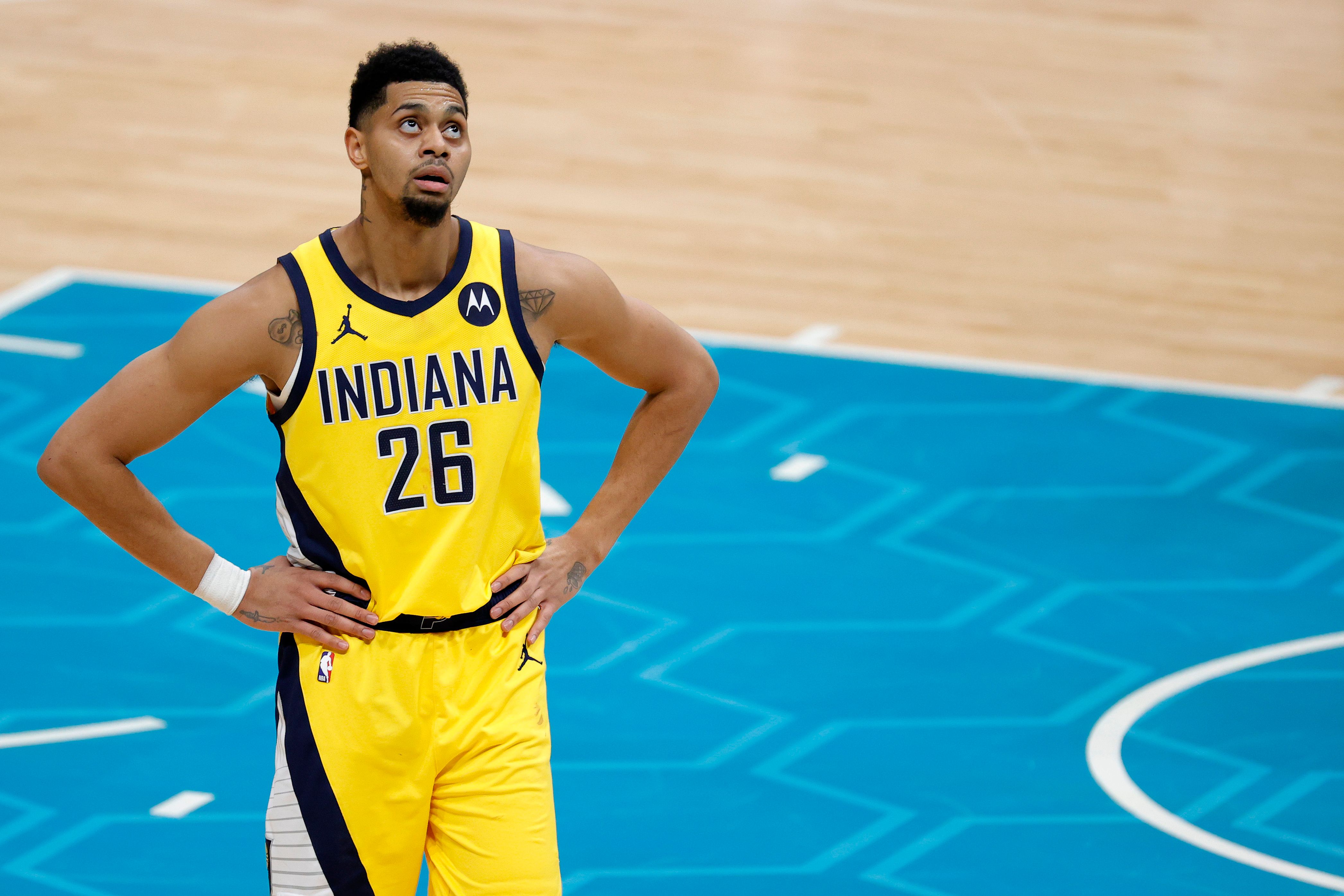 Despite reporting Lakers' interest in Lamb, Michael revealed that a deal with the Pacers isn't expected to happen anytime soon. Before engaging in a trade discussion, the Lakers, Pacers, and other suitors of Lamb would first want to see him 100 percent healthy.

"The caveat, of course, is similar to what happened with Oladipo before he was traded to Houston a month into last season," Michael wrote. "He had to show he had bounced back from injury before a favorable deal could materialize for the Pacers."

Jeremy Lamb Would Welcome A Trade To Lakers 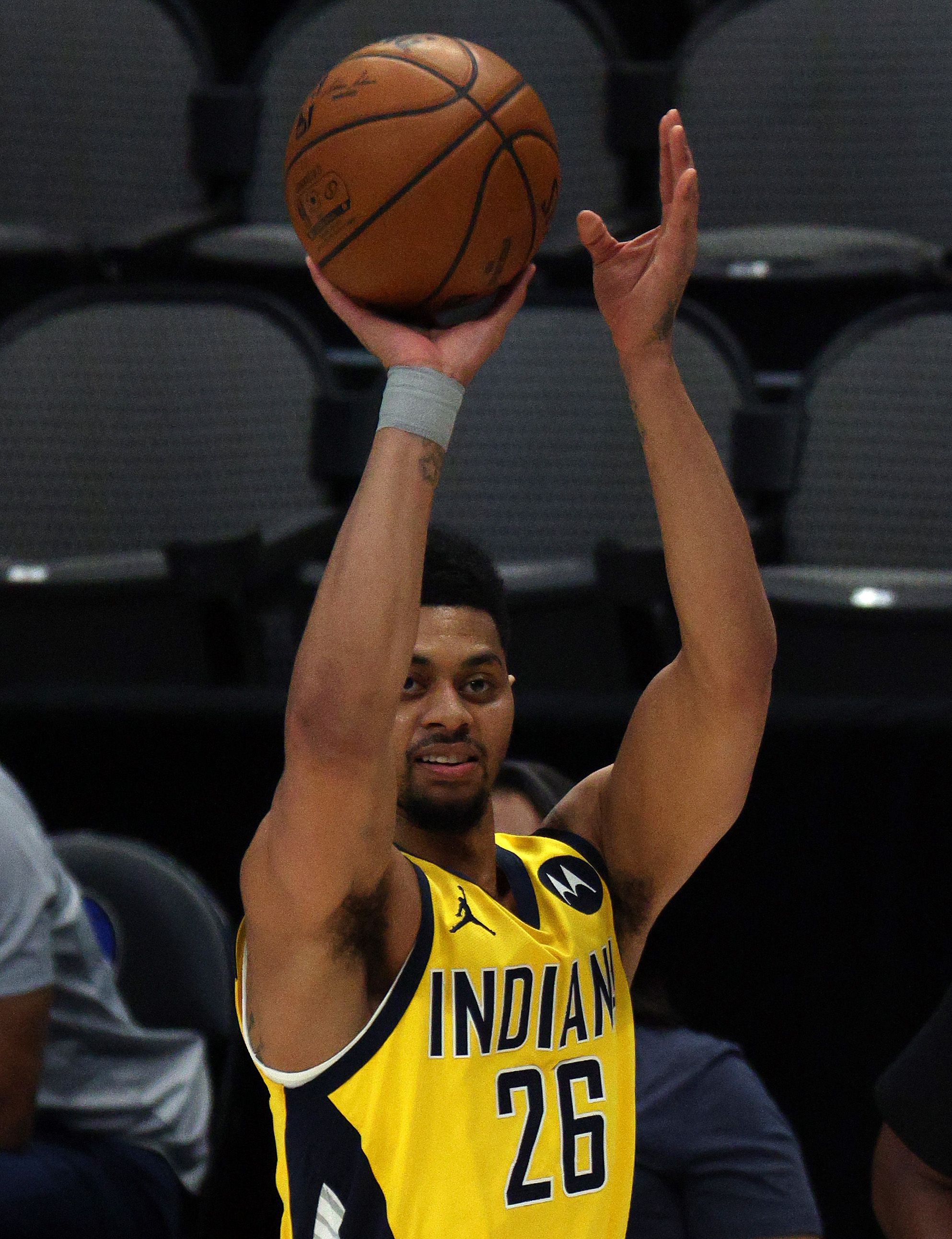 Lamb would definitely love the idea of leaving the Pacers for the Lakers. With the presence of Malcolm Brogdon, Caris LeVert, TJ McConnell, and Chris Duarte in their backcourt, it's crystal clear that the Lamb is no longer need in Indiana. Lamb would still need to battle for playing time in Los Angeles, but the Lakers wouldn't trade for him if they don't plan on giving him meaningful minutes.

Helping the Lakers reclaim the NBA championship title next season would help Lamb rebuild his value which could help him land a decent contract when he becomes an unrestricted free agent next summer.