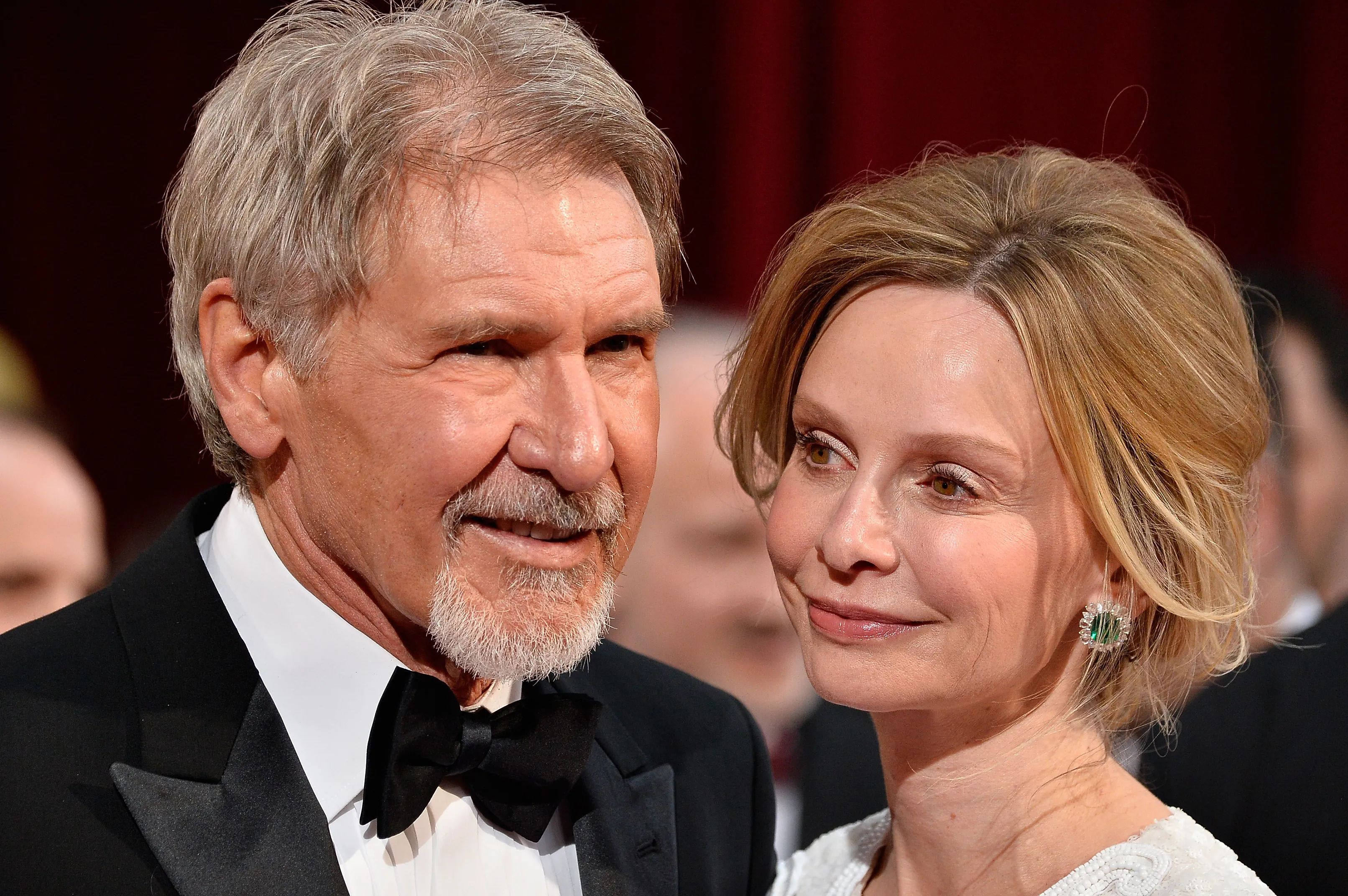 Long-lived marriages are a rare commodity in Hollywood but Harrison Ford and Calista Flockhart seem to have found the key to married bliss. The Star Wars legend, 79, and the Ally Mcbeal star, 56, have been husband and wife for 11 years and their love is stronger than ever.

The talented and charismatic couple have been together for even longer than that and are approaching the two-decade milestone in their relationship. And, while we couldn't be happier for the pair, it appears Ford puts their successful union down to this one trick. Read all about it below. 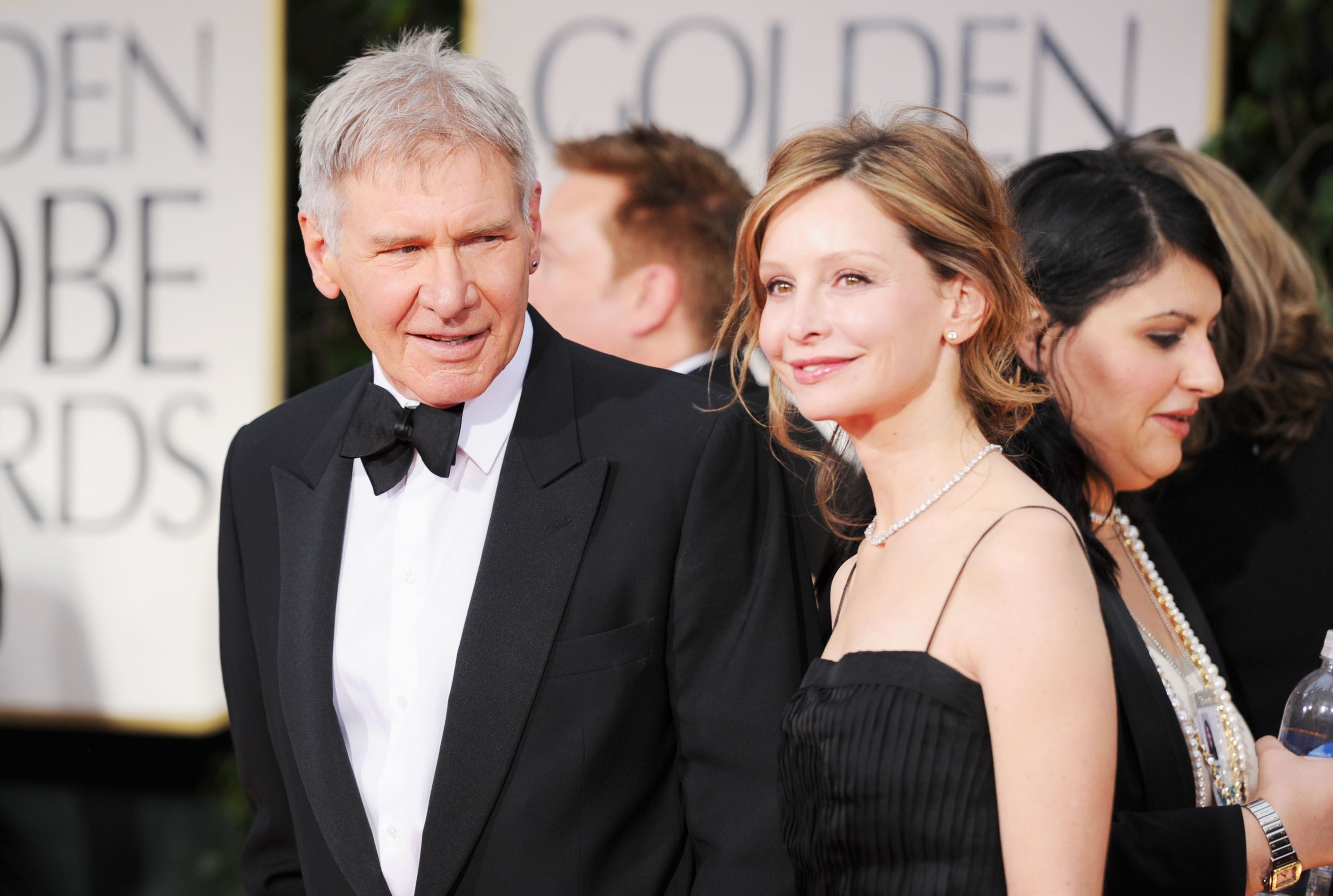 According to Hello Magazine, the secret to Ford's flourishing marriage to Flockhart is very simple yet, evidently, very effective.

The Blade Runner actor opened up about his marriage in a rare interview with Parade Magazine, revealing how he keeps his wife happy.

It all boils down to this one thing that he does -- or rather, doesn't do: he doesn't contradict her.

"Don't talk. Nod your head," Ford imparted his wisdom with a smile on his face.

Decidedly, his wife's happiness means more to the Indiana Jones star than winning an argument. Looks like Indy has finally found his treasure! 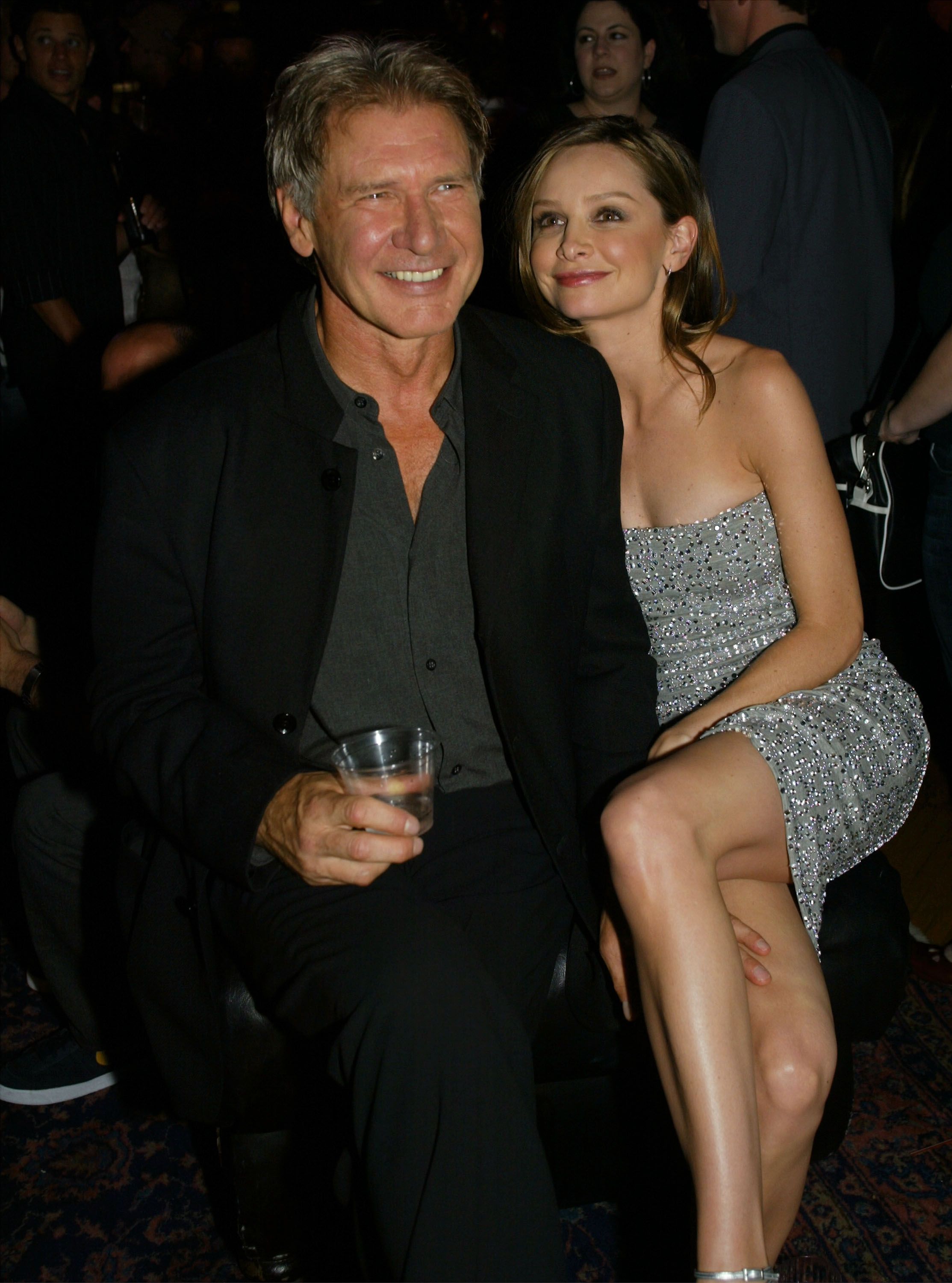 The pair first began dating in 2002, after having met at the Golden Globes. According to The List, it was Flockhart who made the first move, although she chose to do so in a very unusual and original way.

The actress "accidentally" spilled a drink on Ford just so she could say hello. She eventually invited him to dinner along with her Golden Globes date, Ally McBeal co-star James Marsden, who ended up acting as "wingman."

“I was the harbinger of a wonderful long relationship,” Marsden joked in a 2020 interview with James Corden, per Showbiz CheatSheet. “I take the credit for that. Really, thank God I was there.”

Harrison Ford & Calista Flockhart Have A Son Together 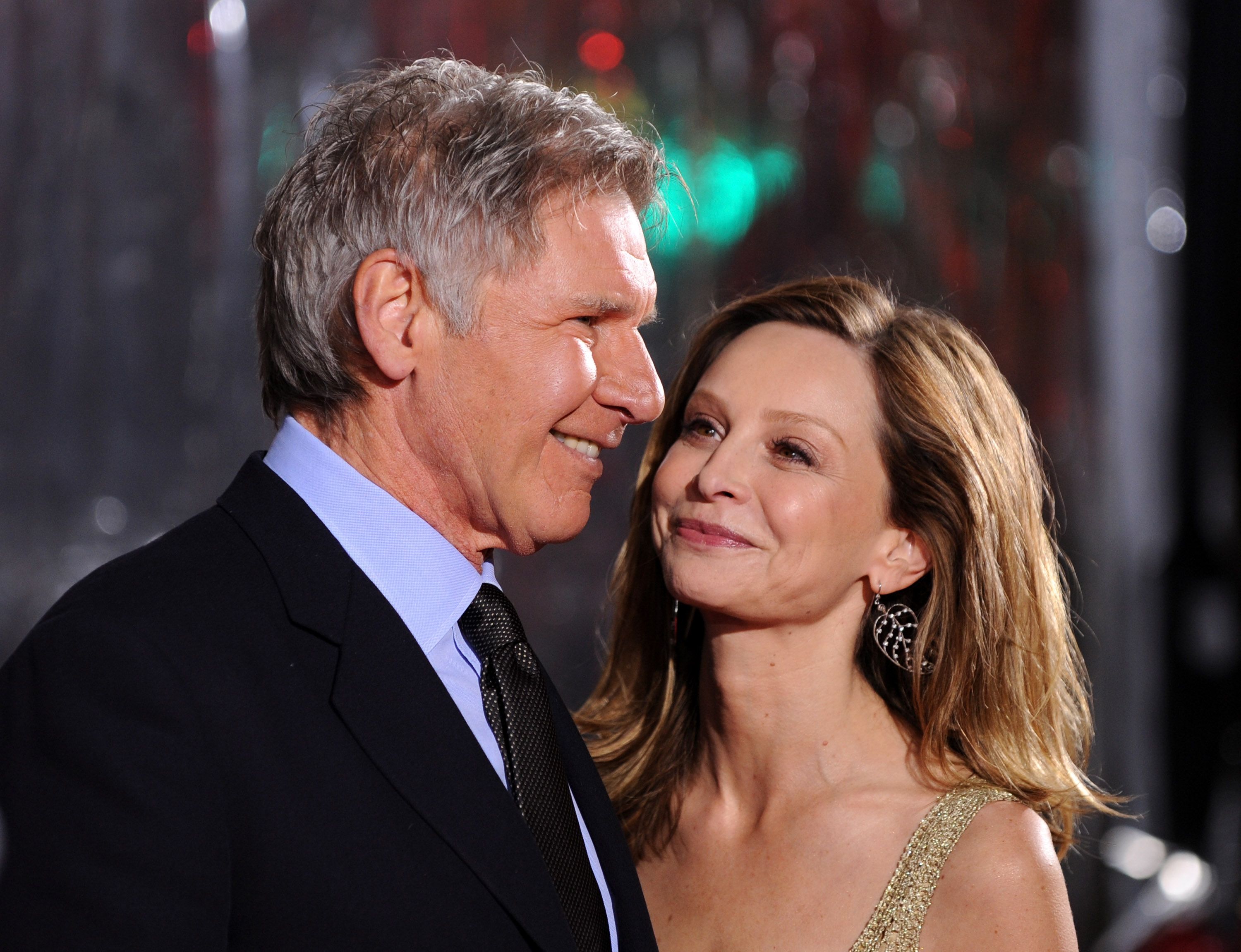 Ford gushed about his fresh romance with Flockard in a 2003 interview with Hello! Magazine.

"I'm in love. Romantic love is one of the most exciting and fulfilling kinds of love and I think there is a potential for it at any stage of your life."

The Call of the Wild star and the Supergirl alum dated for seven years before he finally popped the question on Valentine's Day 2009. They wed the following year in a small ceremony in Santa Fe, New Mexico, and have been going strong ever since, proving a 22-year age gap can't stand in the way of true love.

Ford has even become the father of Flockhart's adoptive son, now-19-year-old Liam, whom she adopted shortly before their romance began. The three share a special bond and have recently been spotted together on a Croatian family getaway.

Harrison Ford Has Been Married Twice Before 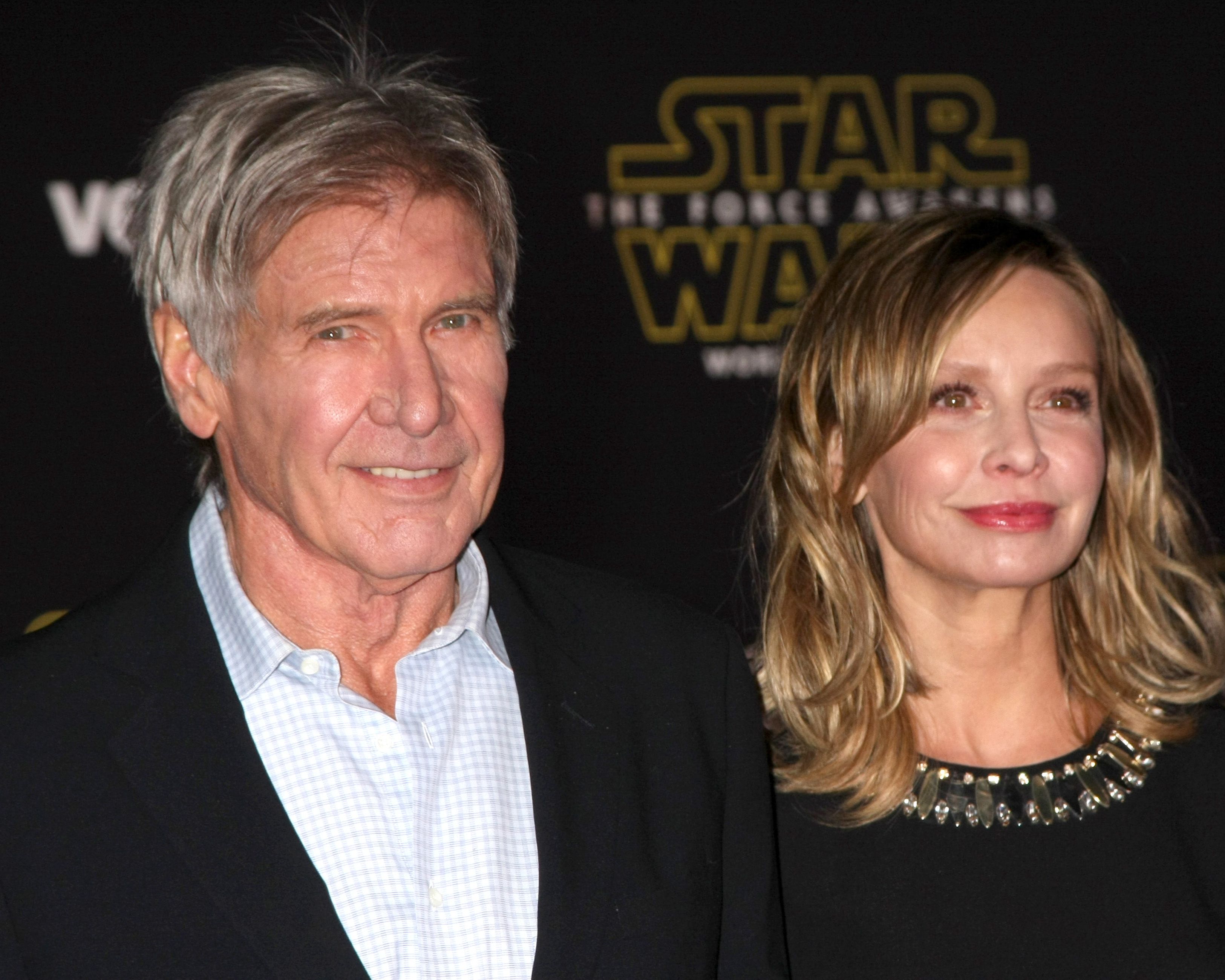 Before tying the knot with Flockhart, Ford was married two other times. His first wife was illustrator Mary Marquardt, with whom he shares two sons -- chef and restaurateur Benjamin, 55, and clothier Willard, 52. The former spouses wed in 1964 and stayed together for 15 years, divorcing in 1979.

Four years after the breakup of his marriage, Ford was ready to try again and proposed to screenwriter Melissa Mathison. They were married in 1983 and were together for 17 years, separating in 2000 and getting divorced the following year. Ford's marriage to his second ex-wife resulted in two children, as well: a son, Malcolm, 34, and a daughter, Georgia, 31. Both siblings followed in their father's footsteps when choosing a career path.

Looks like third time's a charm for the Cowboys & Aliens star, who has finally found the love of his life.