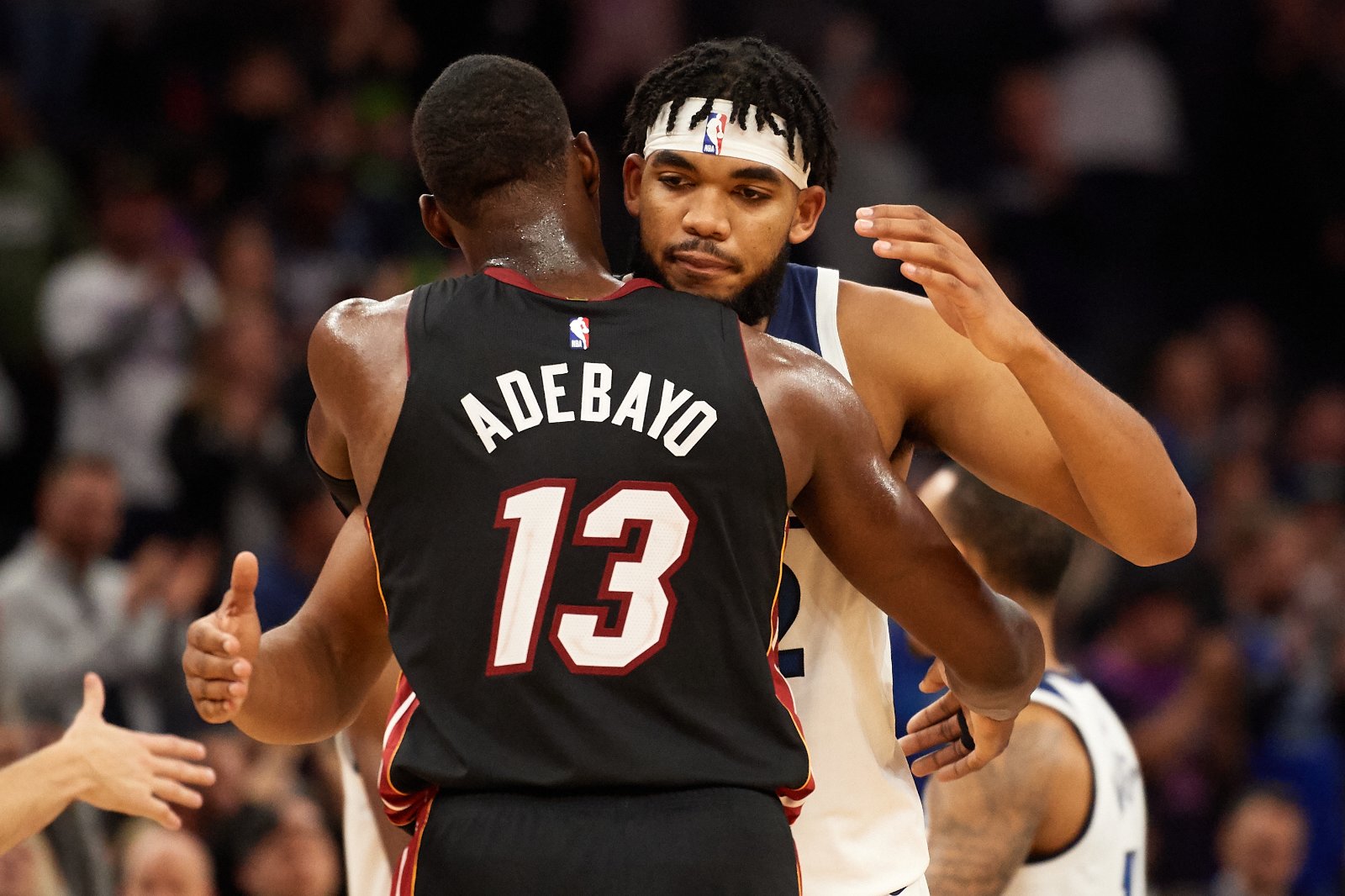 Minnesota Timberwolves center Karl-Anthony Towns is one of the big men who are frequently mentioned in various trade speculations. Since suffering another huge disappointment in the 2020-21 NBA season, most people believe that it would only be a matter of time before Towns follows in the footsteps of other superstars and starts finding his way out of Minnesota.

The Timberwolves are yet to show a strong indication that they are planning to move Towns but once he becomes available on the trading block, he's expected to receive strong interest from title contenders that want to upgrade their frontcourt. 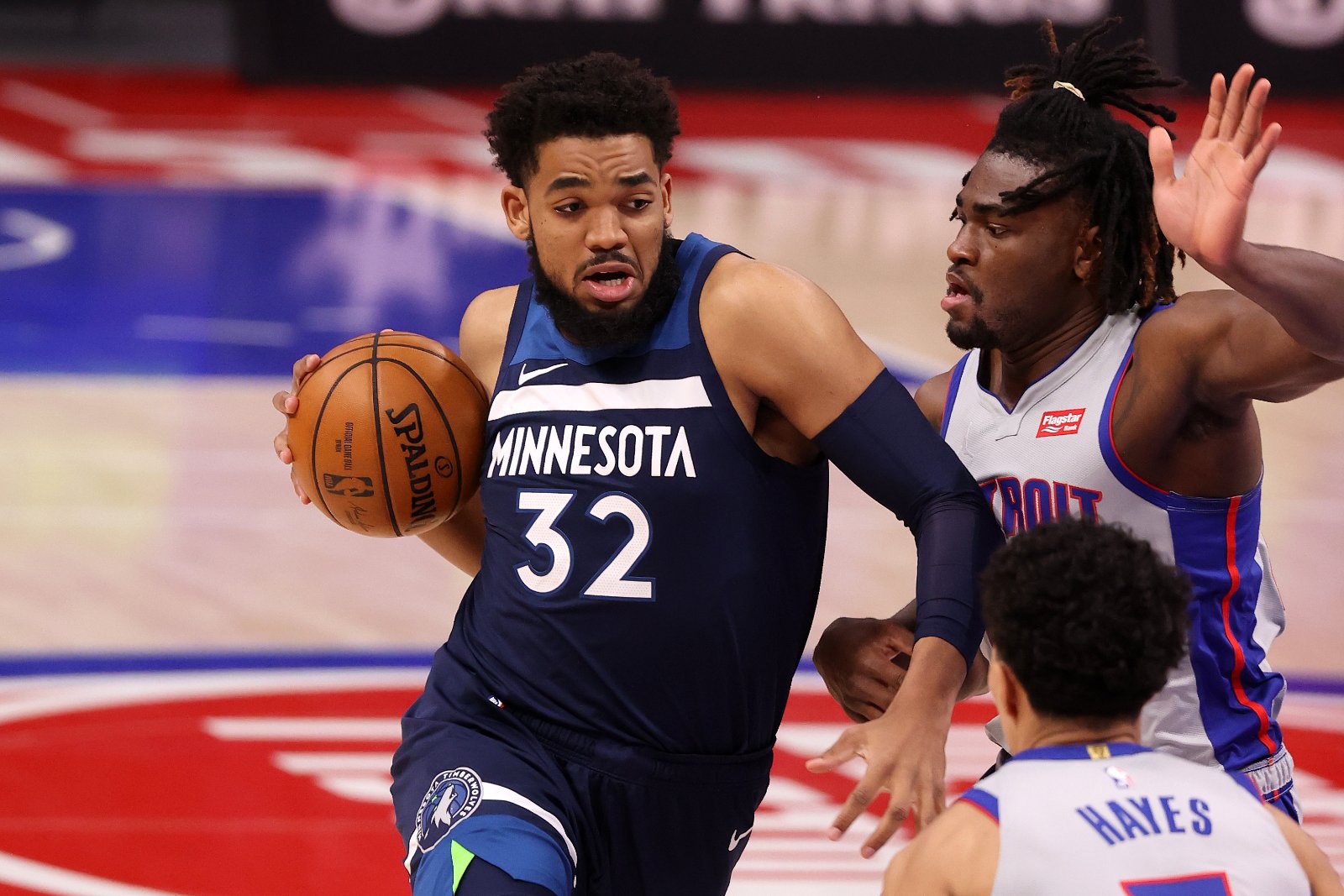 One of the most intriguing trade destinations for Towns is the Miami Heat. In a recent article, Greg Patuto of NBA Analysis Network came up with a hypothetical blockbuster trade idea that would enable the Heat to acquire Towns from the Timberwolves.

In the proposed trade scenario, the Heat would be sending a package that includes Bam Adebayo, Tyler Herro, a 2025 first-round pick, and a 2027 first-round pick to the Timberwolves in exchange for Towns. If the trade becomes a reality, Patuto believes it would help both teams in filling up the needs to improve on their roster. 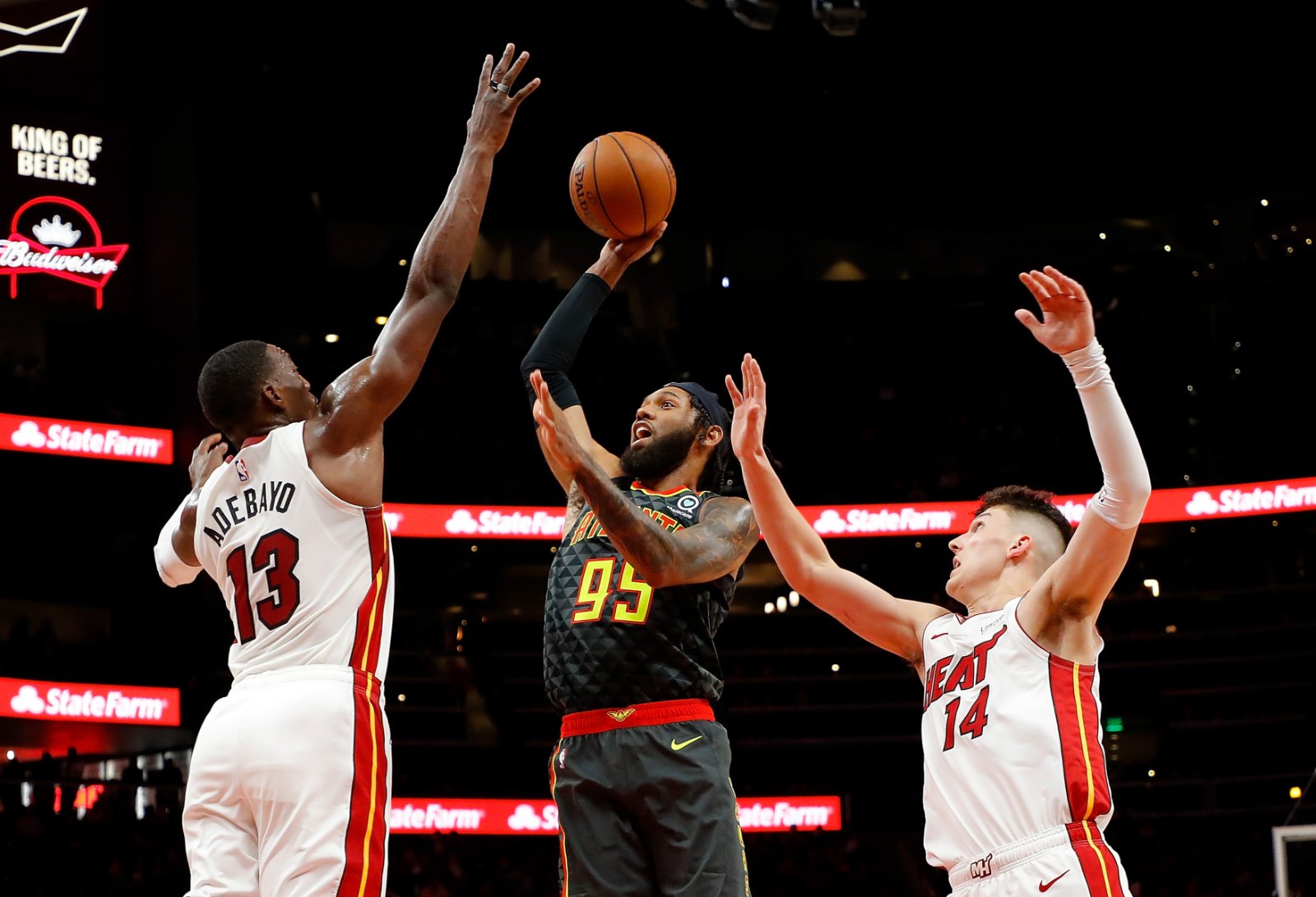 The proposed blockbuster deal should be a no-brainer for the Timberwolves, especially if Towns is no longer interested in staying in Minnesota. The package consisting of Adebayo, Herro, and two future first-rounders could beat what the Golden State Warriors, a top KAT suitor, could offer to the Timberwolves.

By sending Towns to Miami, the Timberwolves would be acquiring a young All-Star and an immediate replacement for Towns at the starting center position in Adebayo and a promising talent with huge superstar potential in Herro. Adebayo and Herro perfectly fit the timeline of the Timberwolves' young core of D'Angelo Russell, Anthony Edwards, and Malik Beasley. 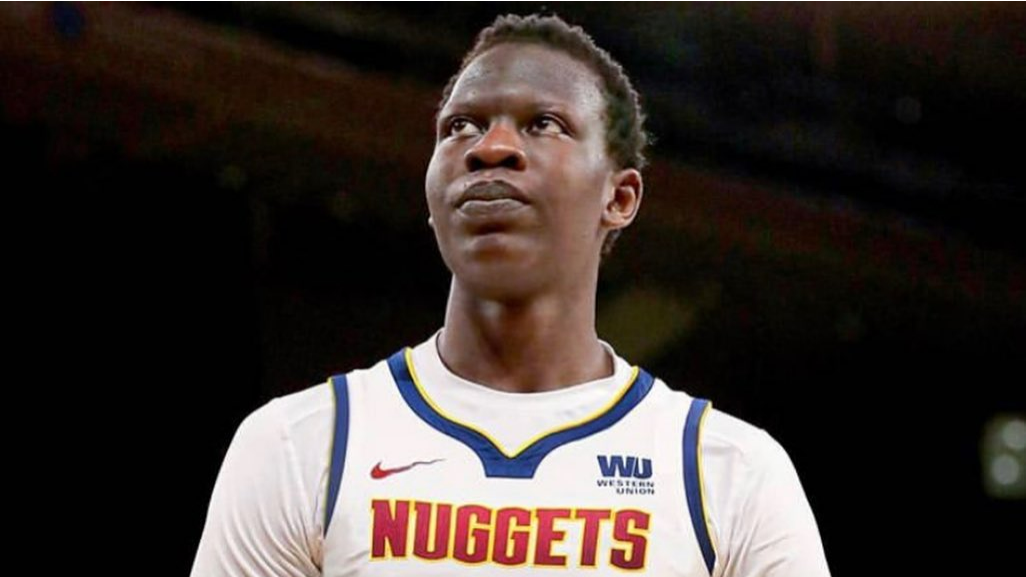 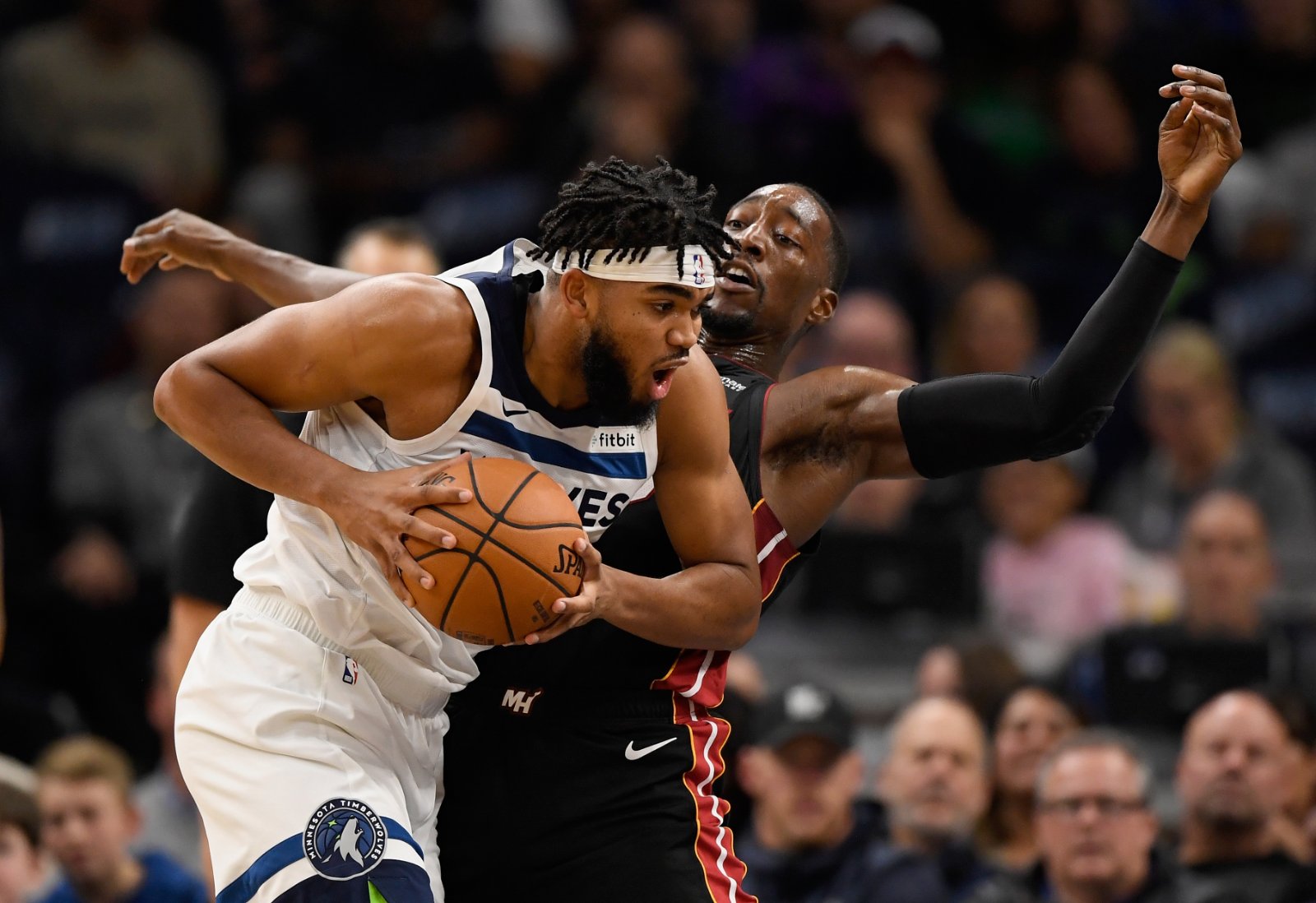 It remains a big question mark if the Heat would push through with the trade, especially knowing the huge price that they would need to pay to bring Towns to South Beach. However, swapping Adebayo with Towns would undeniably be an interesting proposition for the Heat. Towns may not be a great defender like Adebayo, but he would improve the Heat's performance on the offensive end of the floor.

Aside from being a dominant force under the basket, Towns is also capable of knocking down shots from the three-point range. Last season, he averaged 24.8 points, 10.6 rebounds, 4.5 assists, and 1.1 blocks while shooting 48.6 percent from the field and 38.7 percent from beyond the arc, per ESPN. 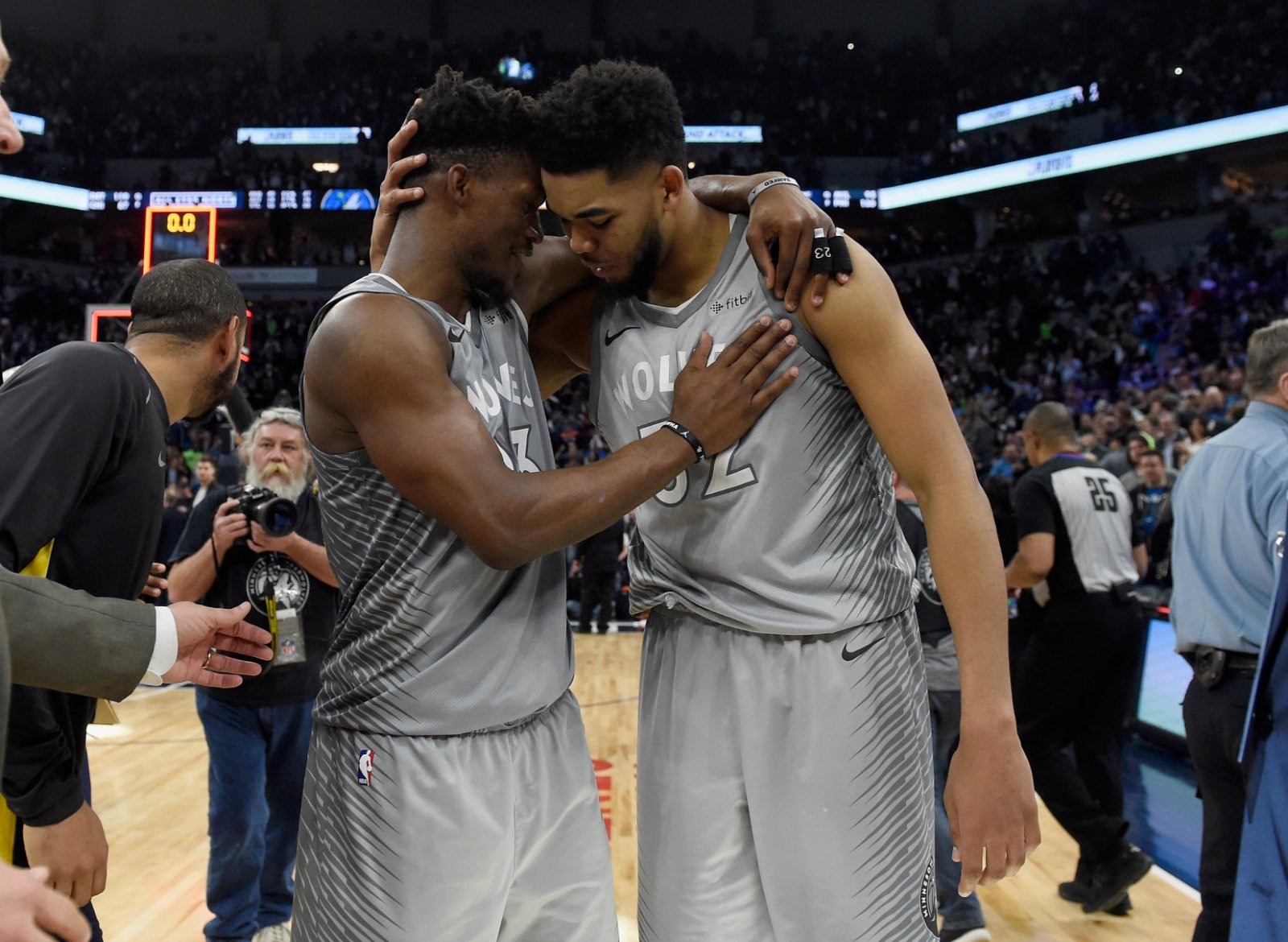 Before the trade could be executed, the Heat would first need to get the approval of Jimmy Butler. Towns and Butler had an unpleasant history that started when they were still playing for the Timberwolves. If Butler would disapprove, the Heat are better off keeping their current roster or find another superstar on the trade market.

However, if they could let bygones be bygones, most NBA fans would definitely love to see Butler and Towns as teammates again. Compared to the Timberwolves, the Heat are in a much better team. The Heat's projected lineup of Towns, Butler, Kyle Lowry, Duncan Robinson, and PJ Tucker would have a realistic chance of challenging super teams in a best-of-seven series.