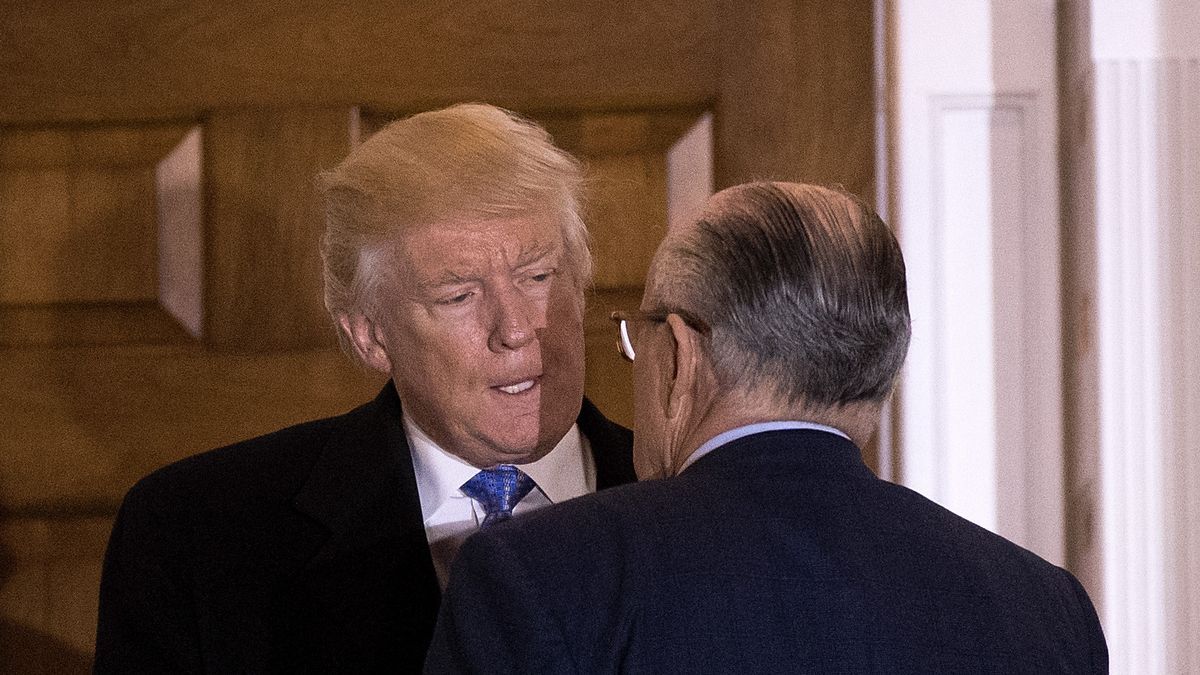 Former President Donald Trump "enjoyed tormenting" and mocking his personal attorney Rudy Giuliani, and often insulted him as "weak" and "pathetic," according Frankly, We Did Win This Election: The Inside Story of How Trump Lost.

Authored by senior Wall Street Journal reporter Michael C. Bender, the 432-page book -- which is out on July 13 -- claims that Trump often bullied Giuliani, who craved the former president's attention so much that he didn't even mind being humiliated.

The Daily Mail published an excerpt of the book on Thursday.

In October 2016, when Trump was getting ready to debate his then-opponent Hillary Clinton, the media released the so-called Access Hollywood tape, which showed that the real estate mogul made derogatory comments about women.

Giuliani appeared on several Sunday morning shows to defend Trump and then went to meet him at the LaGuardia Airport.

Trump was not very grateful, according to the book.

"Trump barely looked up from his newspaper. 'Rudy, you sucked,' Trump said. 'You were weak.' Giuliani looked like he'd simultaneously had the wind knocked out of him and taken a kick to the groin. 'What the f*ck do you want me to do?'" 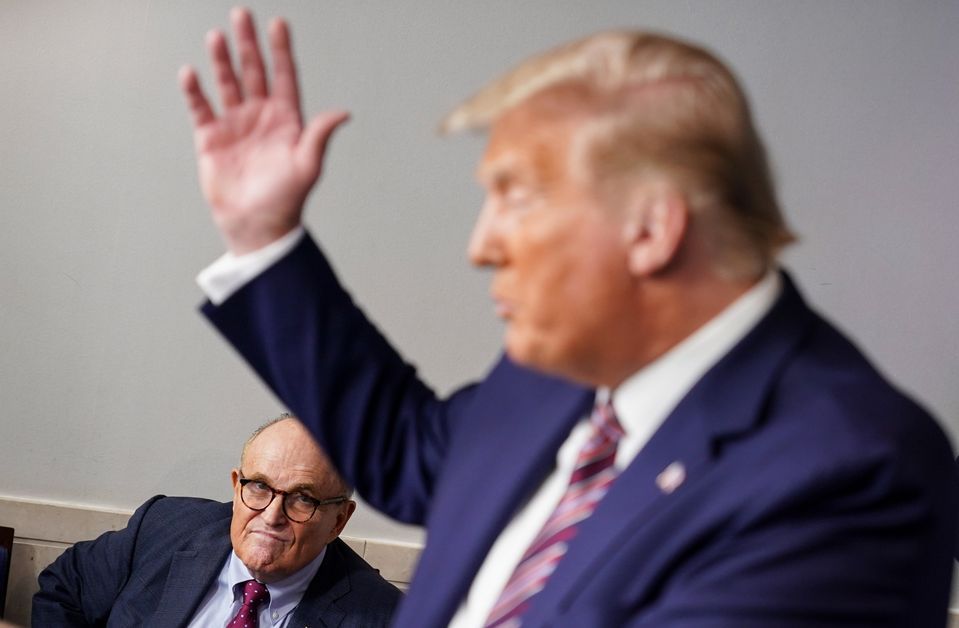 Trump would allegedly "needle the former mayor for falling asleep on flights and joke about Giuliani's constant use of his iPad."

"He's looking at cartoons," the former president would say.

Still, Giuliani "seemed to crave the attention and would often physically jockey with other aides and advisers to sit next to Trump at dinner or on the plane."

"Rudy never wanted to be left out. If you were ever between Rudy and the president, look out. You were going to get trampled," one former Trump aide told Bender.

Trump Also Stood Up For Giuliani

But things were not so black and white, according to Bender, who writes that Trump also defended Giuliani during meetings, because the lawyer made sure to have his back no matter what.

During one meeting, as aides complained about Giuliani going on TV, Trump stood up for him.

"Trump's team started complaining about Giuliani's puzzling television appearances that often veered off-message and created more work for the press shop. Trump barked that at least Giuliani was out there fighting for him. Everyone shut up after that," the book says.

At one meeting, according to the book, advisers told Trump that polls show Biden ahead in the presidential race, prompting him to ask: "How am I losing in the polls to a mental retard?"

Trump reportedly thought Biden was senile and viewed him as an exceptionally weak candidate. Some of those close to the former president allegedly shared that view and expected Democrats to replace Biden with Clinton or somebody like former first lady Michelle Obama.