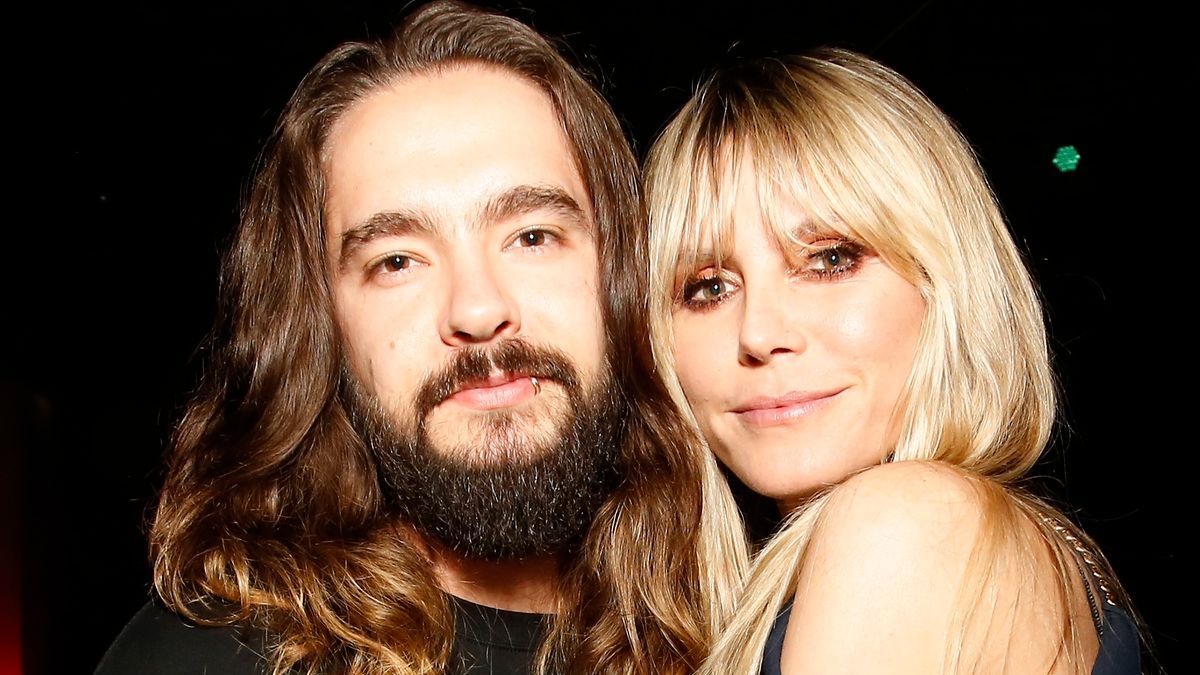 They've been married for a little over two years, but Heidi Klum and her husband Tom Kaulitz seemed very much still in the honeymoon phase as they posed for an intimate snap at the beach on Thursday, June 17. The former Victoria's Secret Angel and the Tokio Hotel guitarist demonstrated their red-hot romance in a PDA-filled pose that was as romantic as it was steamy. Scroll through to see the amorous snap that snagged more than 88,600 likes on Instagram.

Fun In The Sun 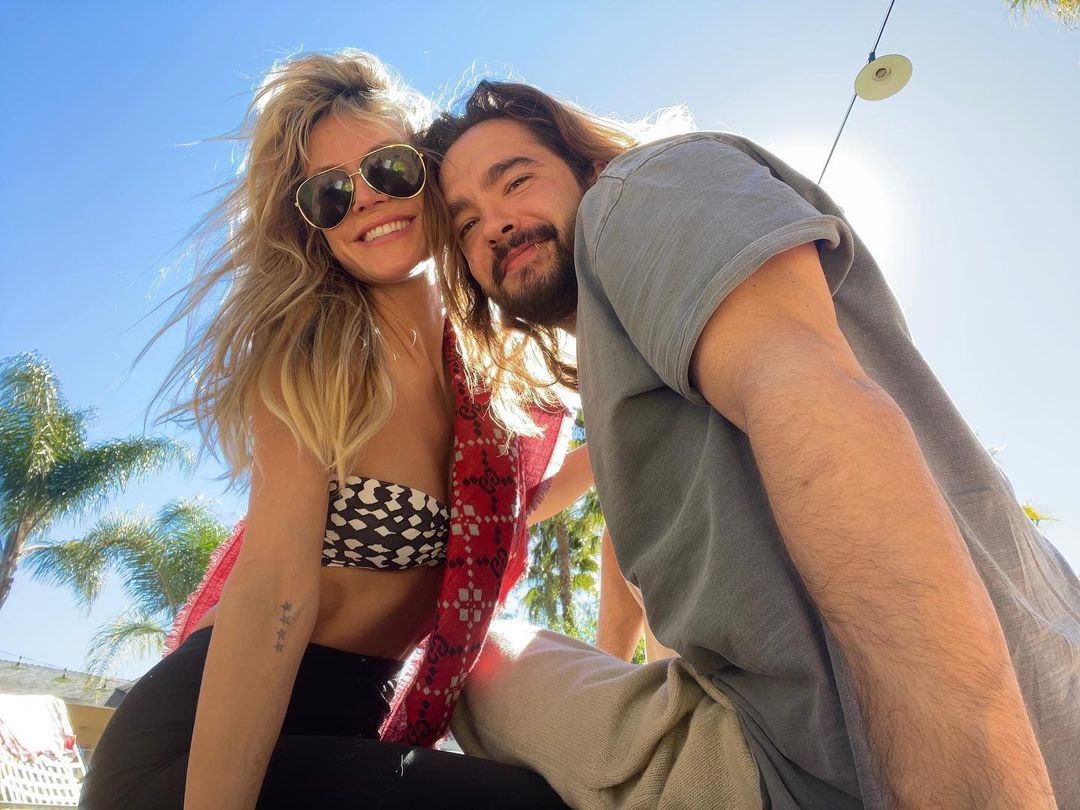 Klum's feed is chock-full of pictures of her and Kaulitz having fun at the beach, but her latest share certainly takes the cake. The two could be seen sitting in the sand facing one another in the snap, their lips locked in a tender kiss. They twinned in matching swimwear and neither of them wore anything above the waist. They each held up one hand, making a heart sign with their fingers to frame the setting sun. Check it out below. 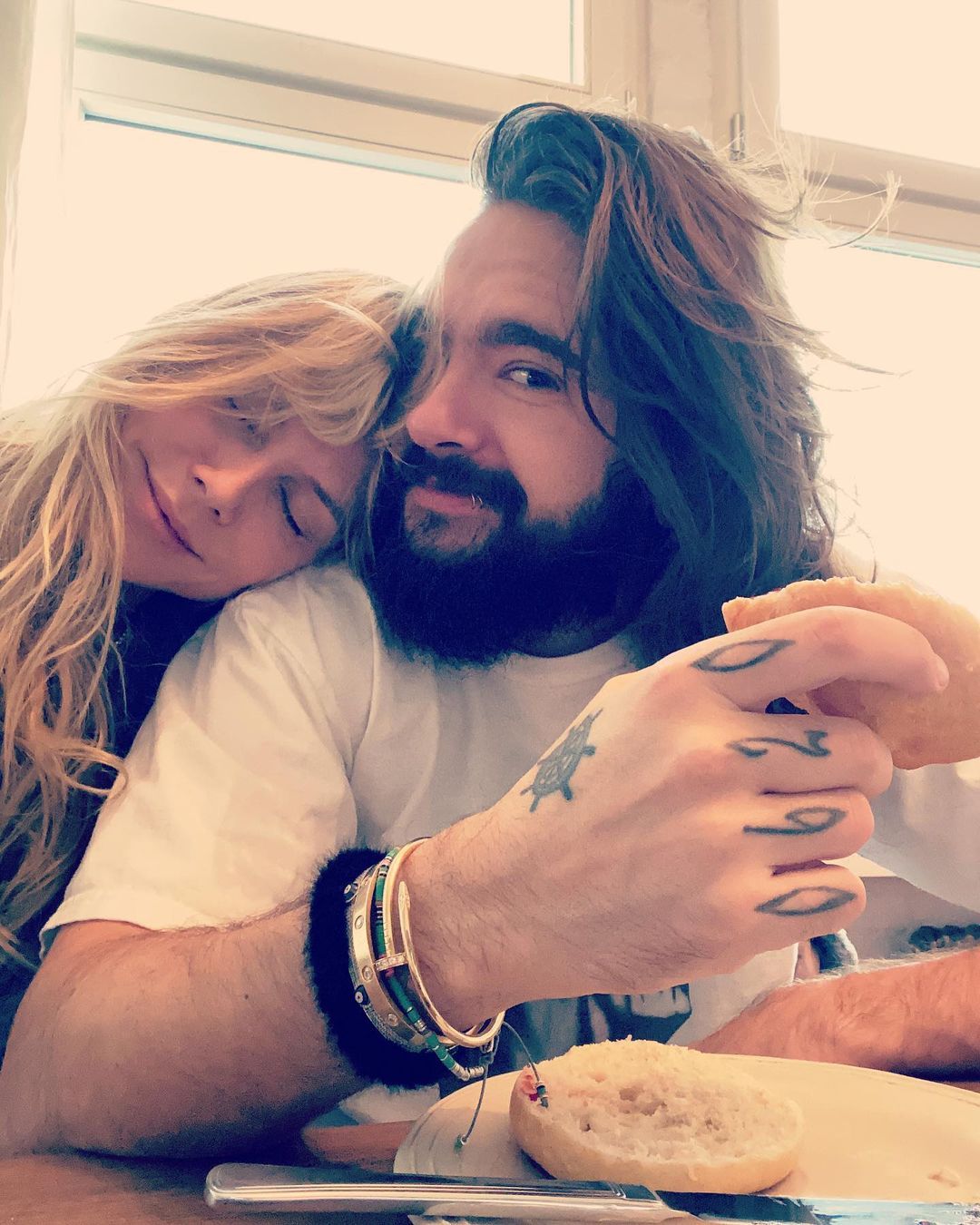 Klum and Kaulitz looked smitten as ever as they kissed in the twilight, their eyes closed and their respective long, wavy locks gently tousled by the breeze. They were both clad in black -- Kaulitz rocking swim trunks and Klum a tiny side-tie bikini. She also wore a golden chain around her tummy and covered her chest with one hand to maintain her modesty. Her husband also packed some bling, sporting multiple bracelets on his wrist.

Klum captioned the post with a heart emoji as a testament to their love. Keep going for more photos!

While the America's Got Talent judge was careful not to reveal too much in the snap, she showed more than she bargained for in a previous upload of herself in the same bikini bottoms and chain. The stunning blonde posed in a dangerously cropped jersey to root for her favorite soccer team, Bayern Munich, testing Instagram's censorship rules.

Klum and Kaulitz are major soccer fans and never miss an opportunity to support Germany.

"We are ready for #championsleague," the 48-year-old supermodel captioned an older post, wherein she and her 31-year-old musician husband rocked matching red jerseys while chilling under a beach umbrella with a bottle of champagne.

She Doesn't Care About The Age Gap

With their relationship constantly in the public eye, Klum has often been asked about the 17-year age difference between her and her husband. However, according to Good Housekeeping, there really isn't much to tell as she reportedly doesn't think much of it.

"Lots of people are questioning that and asking about it," Klum said in a 2018 interview with InStyle. "That’s really the only time when age seems to be shoved in my face and I have to give an answer for it."

"I don’t really think about it that much otherwise," Klum continued, making it clear she doesn't care about other people's opinions.

"You have to just live a happy life without worrying too much about what people think because worrying is only going to give you more wrinkles."