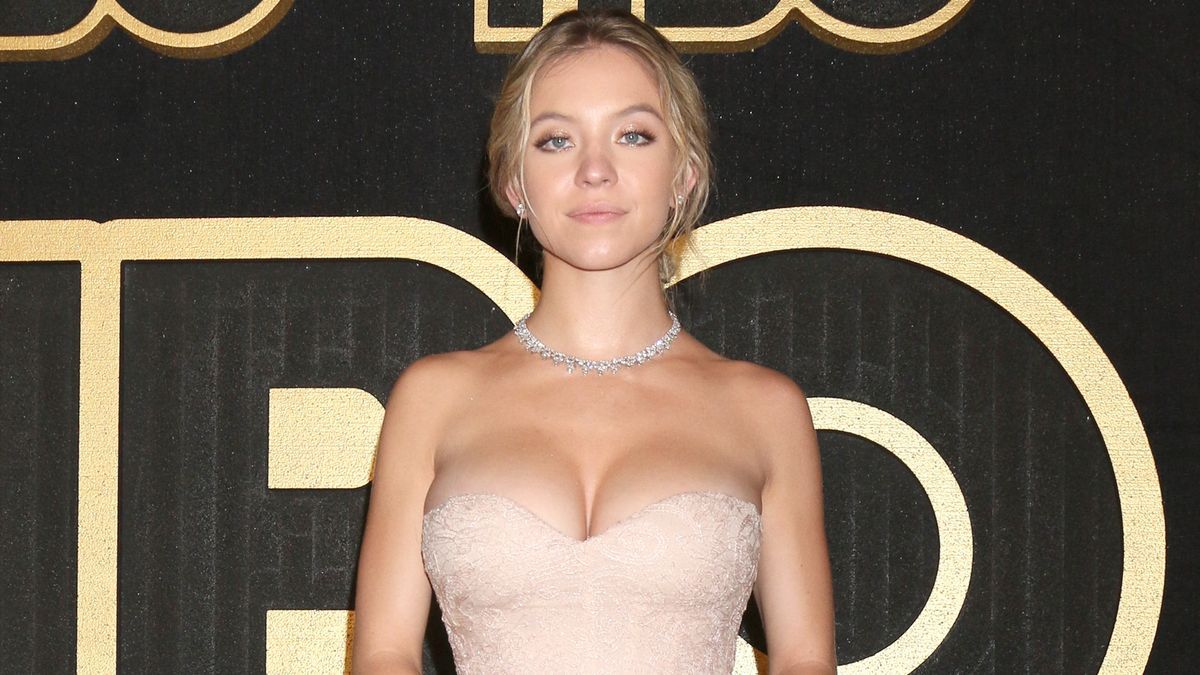 Sydney Sweeney and her Euphoria co-star Maude Apatow teamed up to recreate one of Old Hollywood's most memorable photos. They channeled blond bombshell Jayne Mansfield and screen legend Sophia Loren, the latter of whom served up what may be the most famous side-eye of all time. Sydney played the role of Jayne, an actress and pinup model whose curvy figure made her one of the biggest sex symbols of the '50s and '60s. Maude, meanwhile, did her best impression of the Oscar-winning Italian actress Sophia Loren.

Sydney Transforms Into A Blond Bombshell 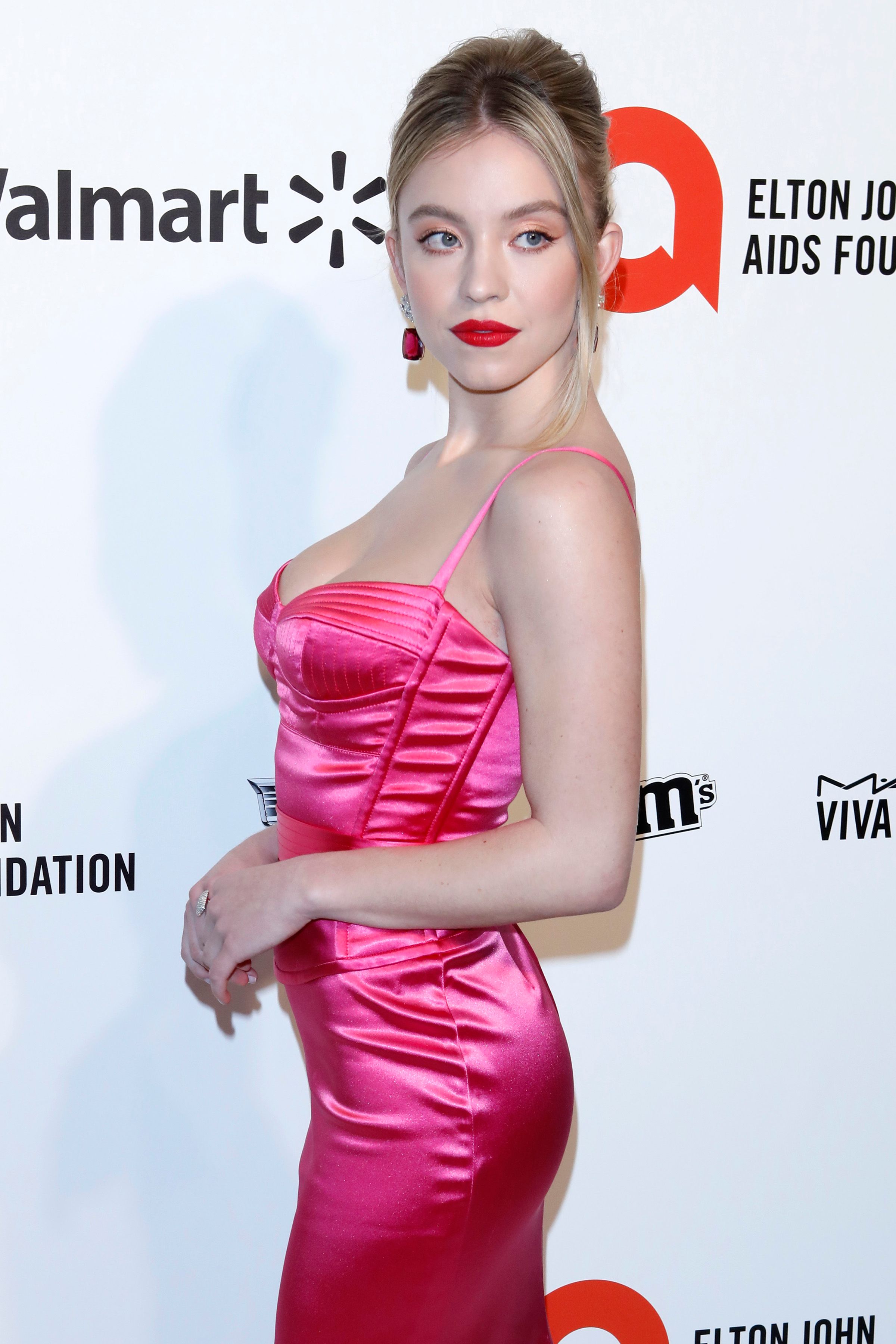 On her Instagram page, the actress shared a black-and-white picture of her take on the blond bombshell archetype. Her platinum blond hair was chin-length and curled, and she had on a satin dress with a plunging neckline. She was seated at a dinner table with Maude, who wore a black dress with a higher neckline. She rocked curled baby bangs and classic cat-eye makeup. Her eyes were directed sideways, and they were clearly aimed at Sydney's cleavage.

Sydney's pic amassed over 690,000 likes in less than 24 hours, and her fans had a lot of thoughts about it. Some of them didn't realize it was a reference to an old photo and believed that Maude really was giving her friend the stink-eye.

"She looking straight where I was," another Instagrammer quipped.

The two actresses did such a good job recreating the original pic that many of Sydney's followers instantly realized what she and Maude were doing.

"Loren and Mansfield couldn't have done it any better," declared another.

The Story Behind Jayne & Sophia's Photo 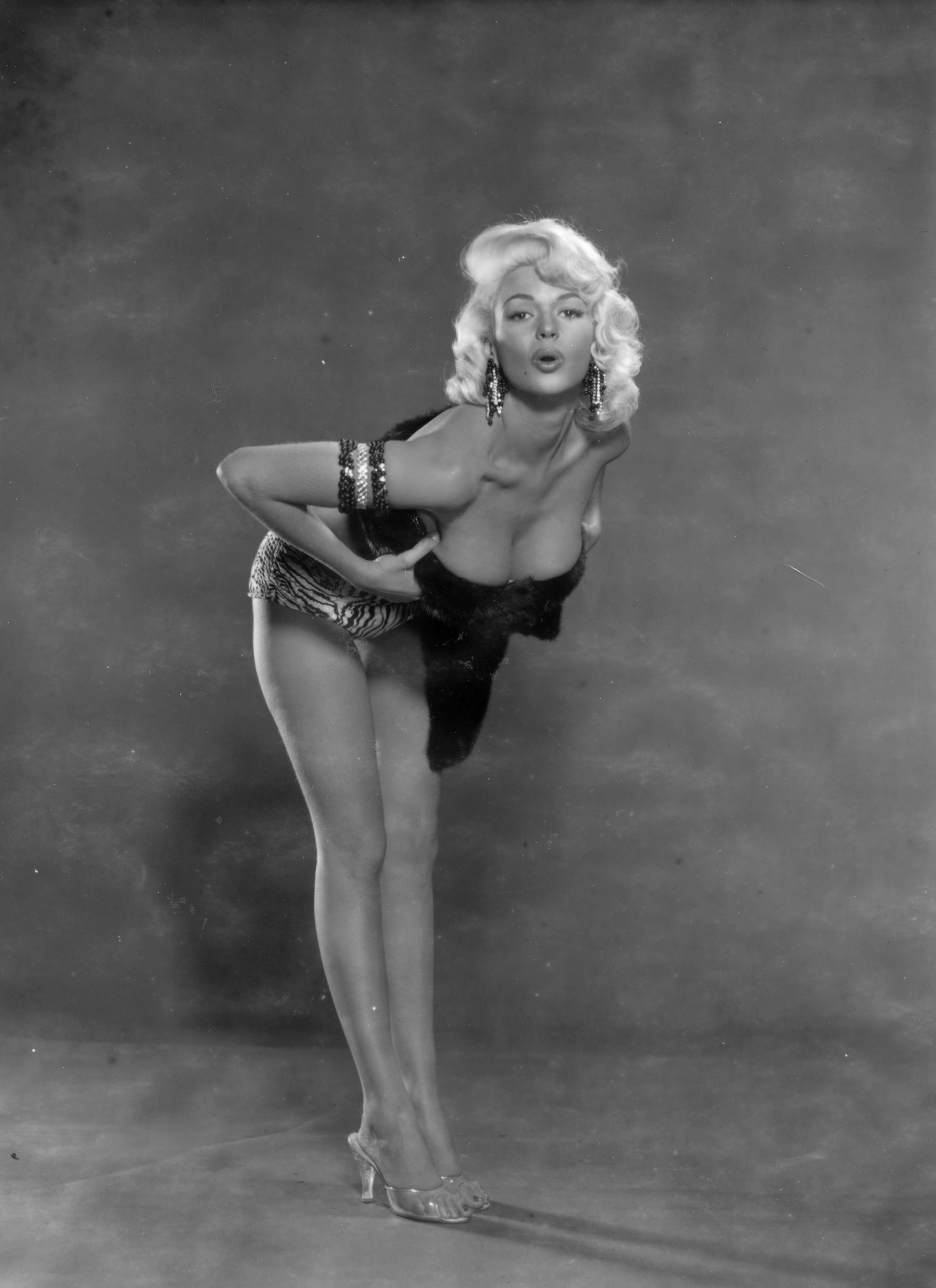 In the original picture, Sophia is discreetly taking a peek at Jayne's chest. In 2014, she spoke to Entertainment Weekly about the famous shot, and she explained why she looked a bit peeved with her table mate. The photo was taken at a party for Sophia, but Jayne seemingly stole some of her thunder by being the last guest to arrive. She then proceeded to seat herself at the honoree's table.

"She knew everyone was watching," Sophia said.

She further explained the trajectory of her gaze by revealing that she was worried about a potential wardrobe malfunction.

"I’m staring at her nipples because I am afraid they are about to come onto my plate," Sophia continued. "In my face you can see the fear. I’m so frightened that everything in her dress is going to blow—BOOM!—and spill all over the table."

Sydney's fans were likely relieved to see her having a bit of fun on Instagram after she was viscously attacked by a Twitter troll who deemed her ugly. Her attackers' tweets went viral, prompting Sydney to respond to them in a tear-filled Instagram Live video.

"I think it’s really important for people to see how words actually effect people, and I know everyone says, 'You can’t read things, you shouldn’t read things,' but I’m a person … I’m just sitting here with my dog watching HGTV wearing my Snuggie," she said, according to The Mary Sue.

Thankfully, Sydney is getting revenge on her haters in the best way: by thriving. She recently revealed that she's the face of Parade's new Silky Mesh collection, and she's set to play a pregnant 19-year-old taken hostage by a bank robber in the movie Silver Star, per Deadline.