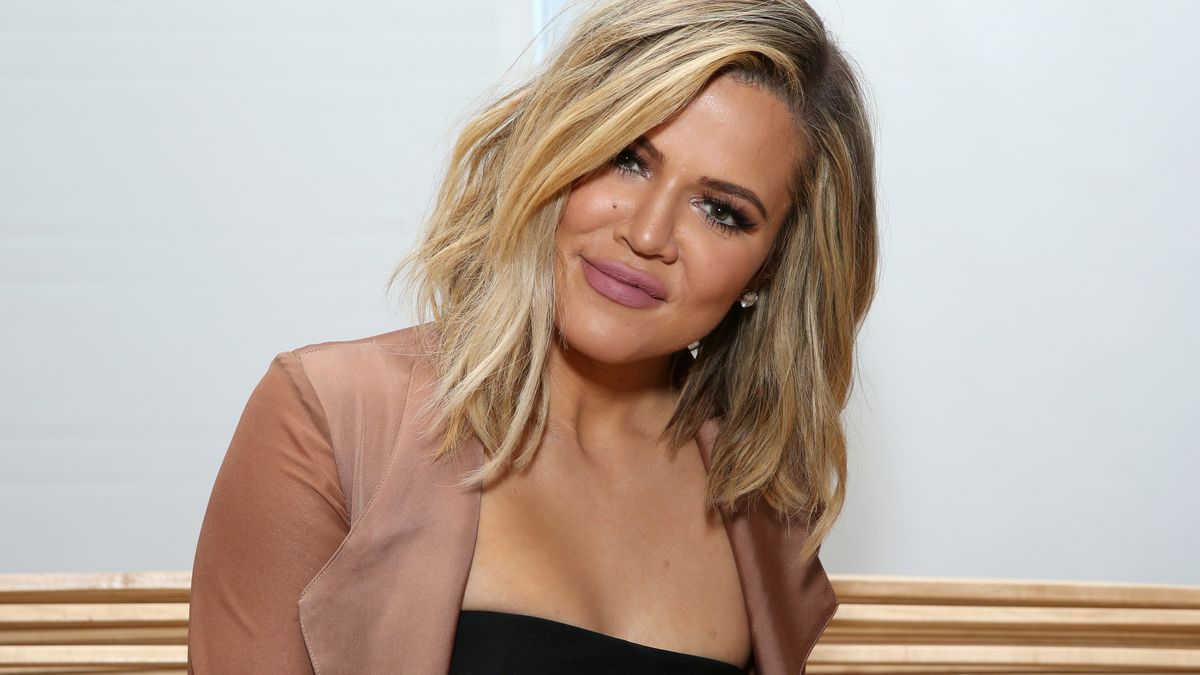 Khloe Kardashian looked fit and fabulous in a new selfie added to her Instagram page on Wednesday night. Following the success of her swimwear line last month, the Good American owner has just launched an "Essential" activewear collection and is already flooding her feed with her new designs.

Her latest offering saw the reality star and entrepreneur rocking a figure-hugging jumpsuit as she photographed herself in the mirror, and scored more than 728,000 likes in the first nine hours. Check it out below.

Fitness But Make It Glam 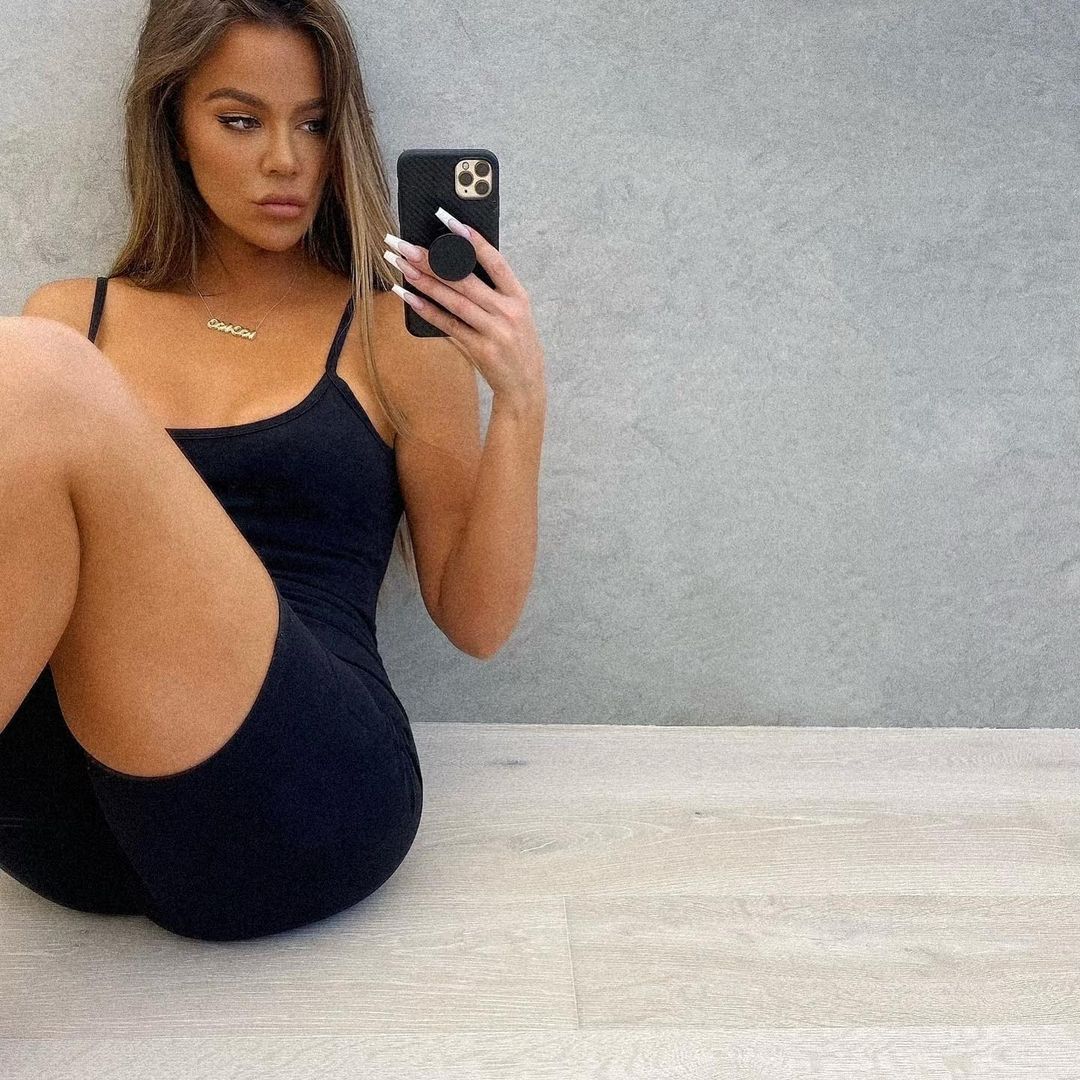 Khloe displayed her internet-famous curves in a strappy one-piece with a biker-short style, sold on the Good American website as the "Essential Strappy Scoop Biker Jumpsuit." It comes in two colors, putty and black. She opted to model the latter.

The 36-year-old reality star showcased the item while sitting on the floor with her knee raised. She leaned her back against a light-toned wall, the color contrast accentuating her hourglass figure. Keep going for more photos from the new collection! 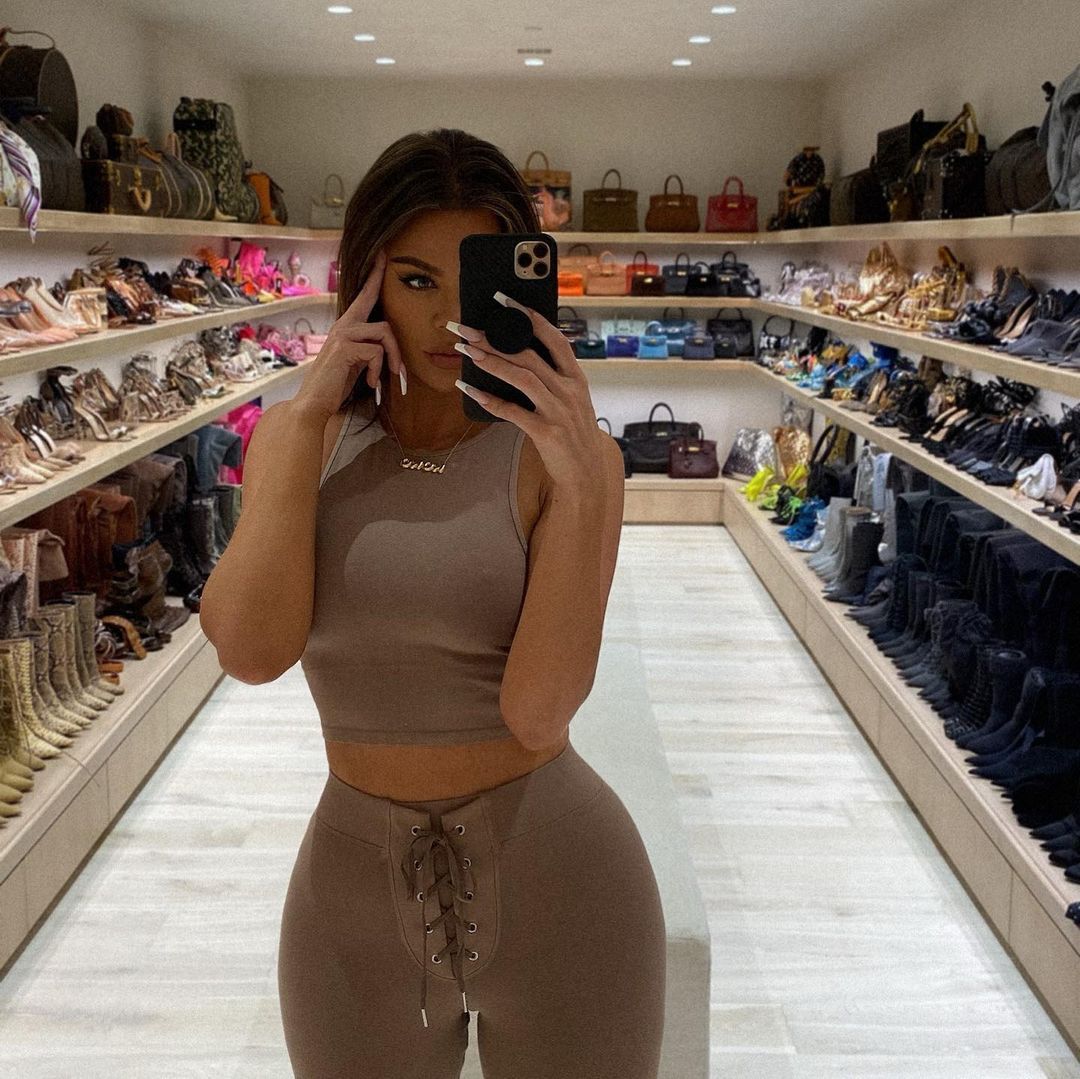 Khloe's sporty look was complete with a chic glam and eye-catching stiletto manicure. She wore her signature "Koko" necklace and rocked a sleek, straight hairstyle.

Other selfies of Khloe in Good American apparel showed her looking gorgeous in the lace-up "Bombshell Legging" and crop top, with a loving comment from Tristan Thompson, with whom Khloe shares her 3-year-old daughter True, blowing up her feed.

The E! star unveiled her new drop on Instagram on June 15 with a photo-heavy update of herself in the "Shine" tracksuit, racking up over 1.5 million likes. 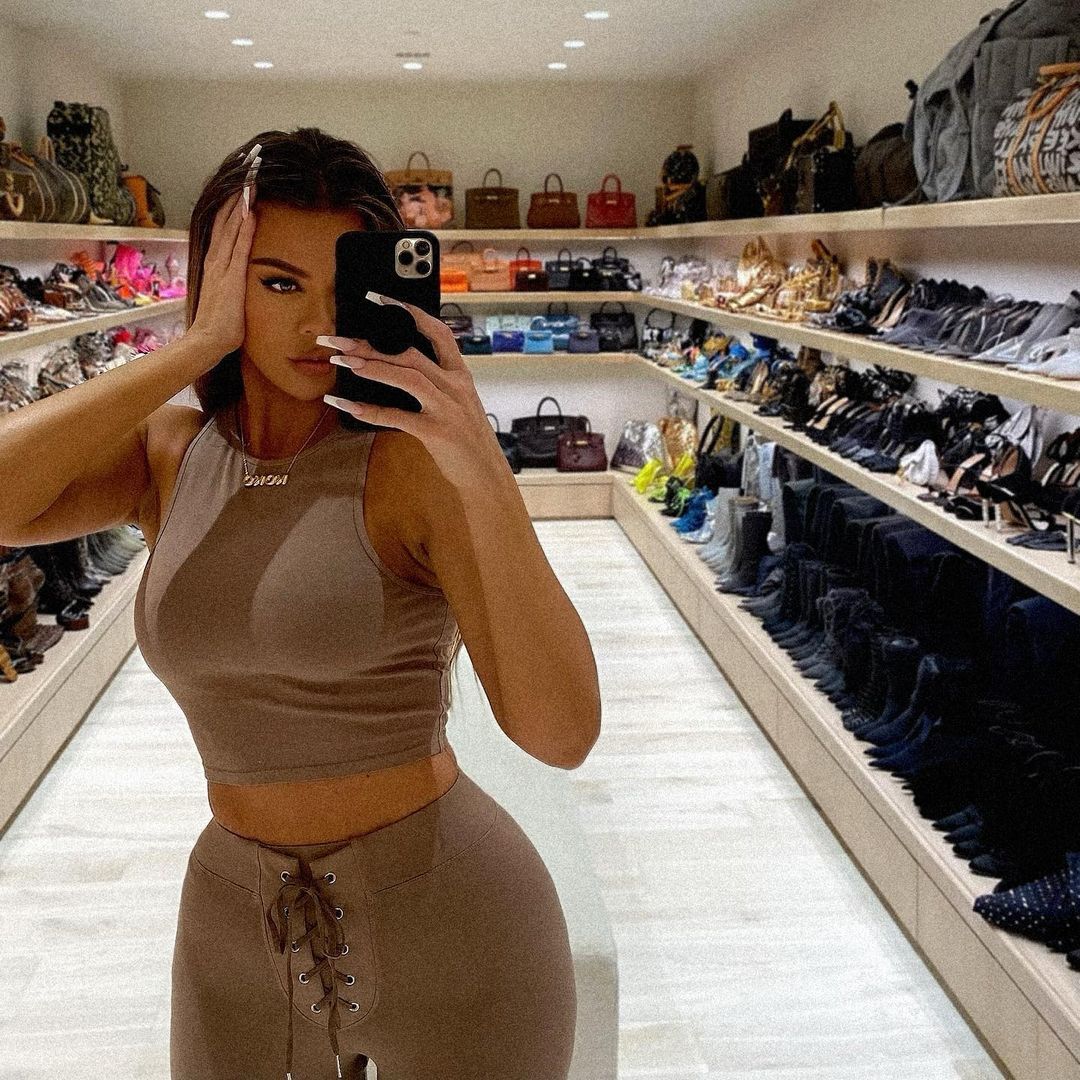 The latest update came hours after Khloe made headlines for receiving a surprise present from none other than workout guru Suzanne Somers. The Good American founder was gifted a signed ThighMaster and couldn't contain her excitement as she shared the news in her Instagram stories.

"You guys, my birthday came early this year because look at what I got," she gushed, as quoted by People magazine. "I got a f***ing ThighMaster signed by Suzanne Somers! And it says ‘To Khloé, come and knock on my door!’ I don’t think you guys understand, I could never use this because I need to put this in a f***ing plexiglass box. I cannot believe it."

As long-time fans are aware, Khloe and Kourtney Kardashian have adopted "Jane" and "Suzanne" aliases for their workout sessions, as a tribute to Jane Fonda and Suzanne Sommers.

As such, the gift was all the more meaningful, since the sisters are such huge fans of the 80's workout icons.

Khloe immediately texted Kourtney, who replied: "Omg Suzanne!!!!!!!! Our dreams have come true! Where’s mine!? I need one!"

"What a birthday gift!!!" Khloe responded. "I’m dying. Now we need Jane to send you something."

Fox News reached out to Suzanne Somers following the exchange, who  was touched by Khloe's unbridled admiration.

"I’m flattered by this cute joke she and Kourtney have with their alter egos as me and Jane Fonda! I figured Khloe should see where it all started, with the ThighMaster!"

The 74-year-old told Fox News she reciprocated the feeling and was "a great admirer of the entire Kardashian family."

"Show business is a cruel blood sport and very few rise to the top and then maintain that position for many, many years. The Kardashians have done that in spades," said Somers. "Khloe is young, smart, beautiful and an incredible businesswoman… Also, major kudos to my friend Kris Jenner – she’s a genius!  Her wise and steady stewardship, and undoubtedly her vision, has served her family well."