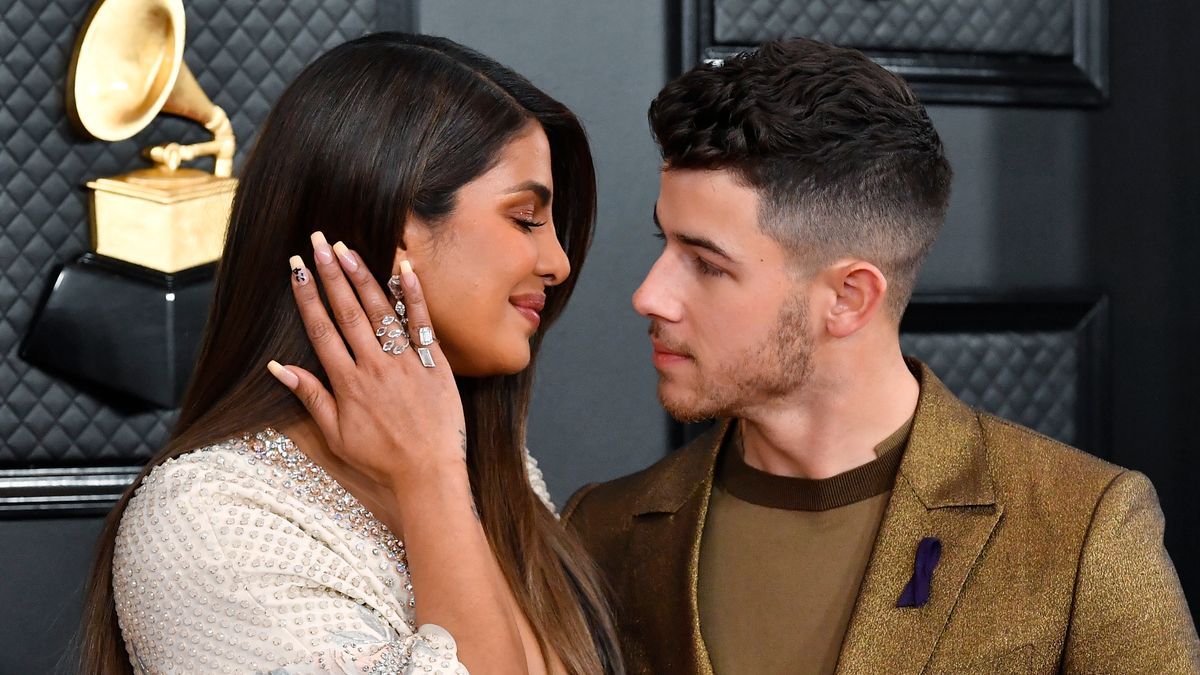 Pop star and television personality Nick Jonas treated his 30.7 million Instagram followers to a sweet snap featuring himself and his wife, actress Priyanka Chopra Jonas. He tagged Priyanka's Instagram page in the sweet share, and even tagged the page created for the duo's adorable pup, Gino Chopra Jonas.

The photo was taken outdoors on what looked like a luxurious patio area, and the happy couple were perched on a large outdoor sofa with cozy-looking beige cushions. Several trees could be spotted in the background, adding a burst of greenery to the romantic scene. 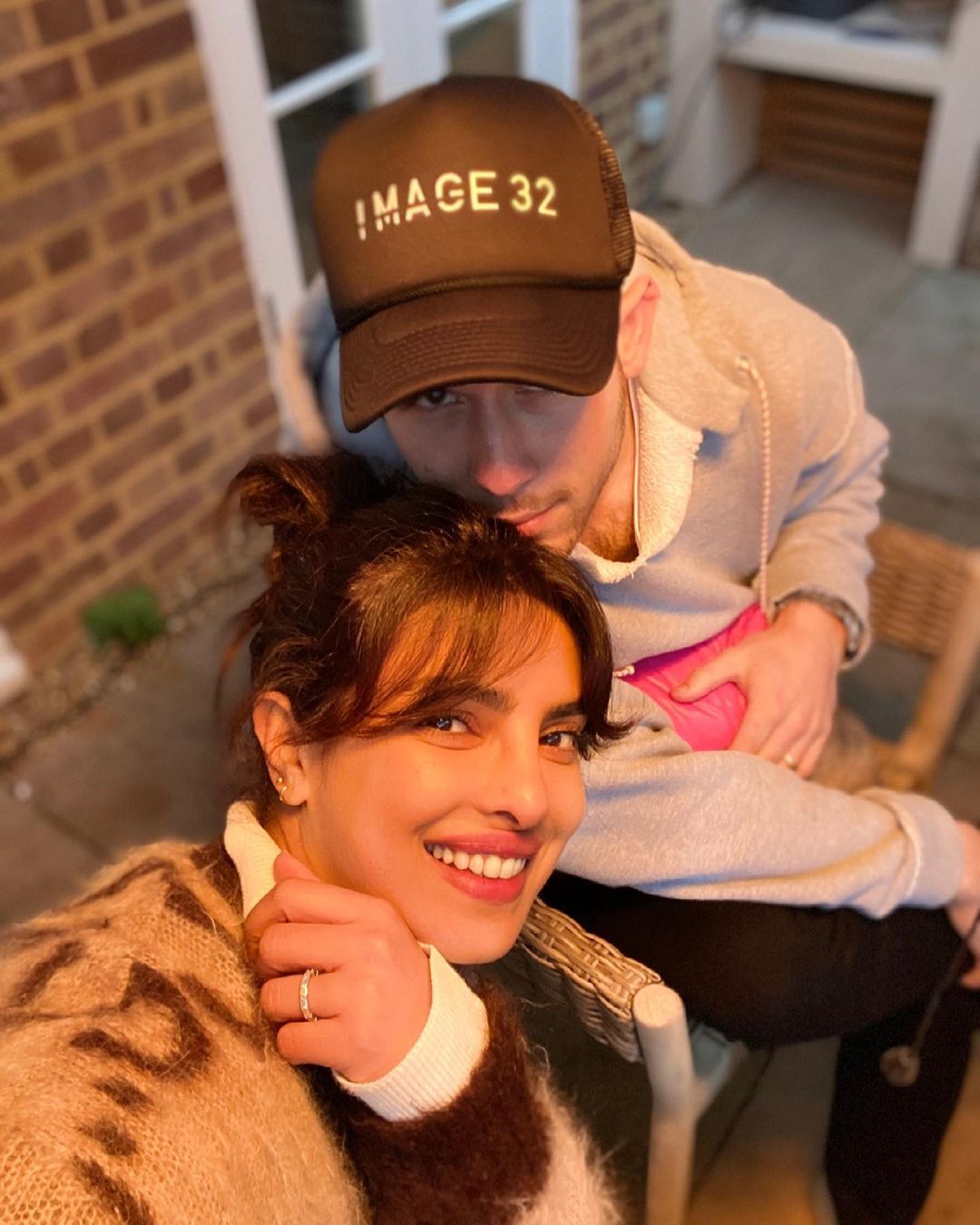 A bit of a white structure was also visible in the background, including an eye-catching chandelier. However, Nick and Priyanka appeared to have eyes only for each other as they spent some quality time together outside.

Priyanka stunned in a pale blue and white printed dress that was sleeveless. The pastel hue looked stunning on her, and the skirt portion covered her legs, the fabric draping over her figure. She kept the look very simple, adding a stack of thin silver bangles on one wrist. The only other jewelry she wore was her jaw-dropping engagement ring and wedding band.

Nick kept things casual with his choice of ensemble, opting for some black pants and a cream-colored long-sleeeved shirt that fit him perfectly. He rested one arm on his thigh, and the other was likely behind Priyanka's back as he got close to the love of his life.

The duo were staring into one another's eyes and Priyanka had one hand placed near his jaw, a radiant smile on her face as she enjoyed the moment in the scenic outdoor spot.

Only a hint of it was visible in the picture itself, but the couple appeared to have a bottle of wine chilling in an ice bucket on a nearby table, adding to the romantic vibe of the shot. Priyanka had a structured white bag with gold hardware that she had placed on the couch nearby, and the intimate and serene shot was majorly adorable.

Nick paired the snap with a caption in which he raved about his wife, and mentioned that he was "missing my [heart emoji]."

Nick's fans absolutely loved the sweet share, and the post racked up over 2 million likes within just eleven hours, including a like from actor Neil Patrick Harris.

"You guys are so cute!" one fan wrote.

"Awww happy for you guys," another chimed in.

"I want this type of love," a third follower remarked.

In addition to being head over heels in love with his wife, Nick has had plenty of exciting career milestones, including one that came just earlier this year. Back in February 2021, as The Inquisitr reported, Nick had the opportunity to host Saturday Night Live, which he had previously appeared on alongside his brothers as musical guests.