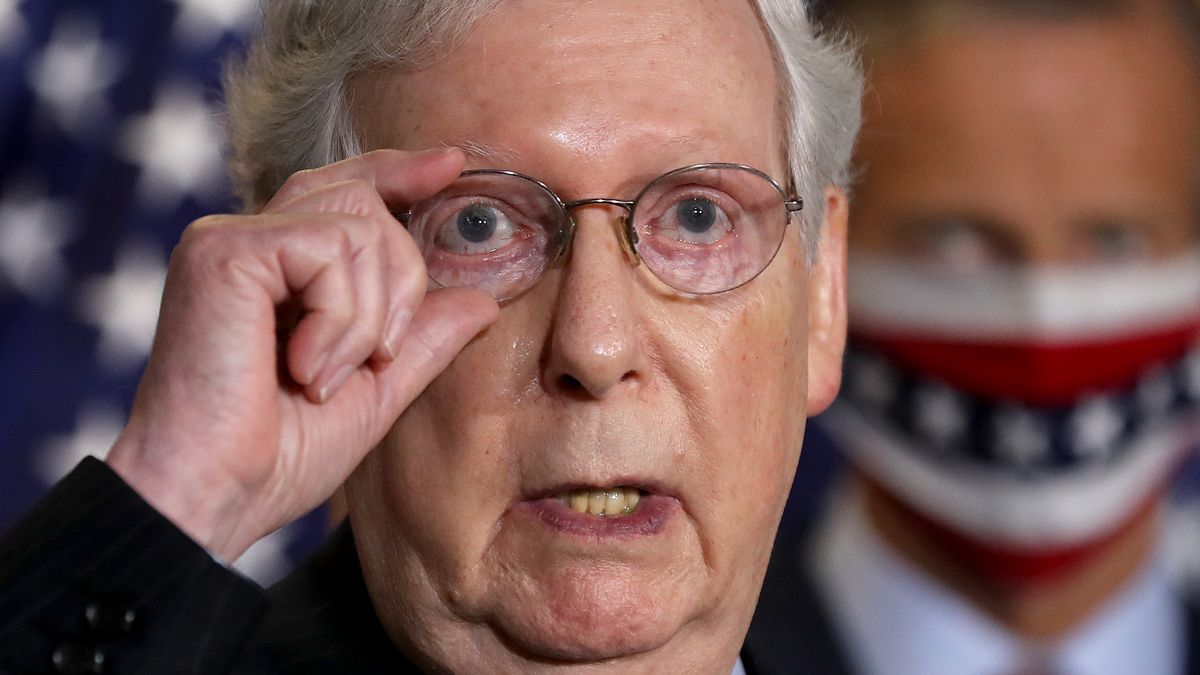 In a piece for The Hill, columnist Alexander Bolton argued that Senate Minority Leader Mitch McConnell is engaged in a plot to break President Joe Biden from the progressive base of the Democratic Party.

According to Bolton, McConnell is planning to do so by expressing openness to a smaller bipartisan infrastructure deal than Biden's current preferred plan.

"Liberal lawmakers also want a bigger package, and they distrust McConnell, who they think may be aiming to string Democrats and Biden along with signals of support for a bipartisan deal crafted by 10 senators," Bolton wrote.

According to Bolton, Democrats don't trust McConnell, who has long been viewed as one of the biggest impediments to progressive and liberal agendas.

Per The Hill, one Republican aide claimed that McConnell is trying to show Biden that he will work with him, but only if the president is "moderate."

“The question is whether Democrats are willing to swallow that and that’s unclear at this point."

The source, who remained anonymous, said that Senate Democrats will either join progressive lawmakers headed by Sens. Bernie Sanders and Elizabeth Warren or reject the package. During his 2020 presidential campaign, Biden ran as a unity candidate who focused on his ability to work across the aisle.

Elsewhere, TIME reported that left lawmakers are running out of patience with Biden's attempt to reach a bipartisan agreement on the infrastructure bill.

According to Bolton, McConnell is attempting to use this friction between competing factions to his advantage.

As noted by The Hill, Democrats are planning to push a reconciliation package regardless of whether Biden successfully gets a bipartisan infrastructure deal.

McConnell is allegedly hoping to undermine Democrats in this push and believes that the passing of a bipartisan bill will harm these efforts.

Darrell West, director of governance studies at the left-leaning Brookings Institution, said McConnell's strategy is to "divide and conquer."

"He wants to drive a wedge between Biden and progressive Democrats and he knows if he can do that, one, he creates big problems for Biden, and, two, he limits Biden’s ability to pass transformative legislation."

The Parties Are Split On Climate & Social Programs

The Democratic and Republican factions in Congress are divided on the amount of money Biden's infrastructure plan funnels to climate change proposals and social programs.

As reported by Reuters, Republicans are also opposed to his proposal to have the wealthy pay for increased taxes on United States corporations.

"The bipartisan push has come under fire from some Democrats who say Republicans are narrowly focused on physical infrastructure and that Biden should push ahead with his own plans without watering it down in negotiations," the outlet noted.