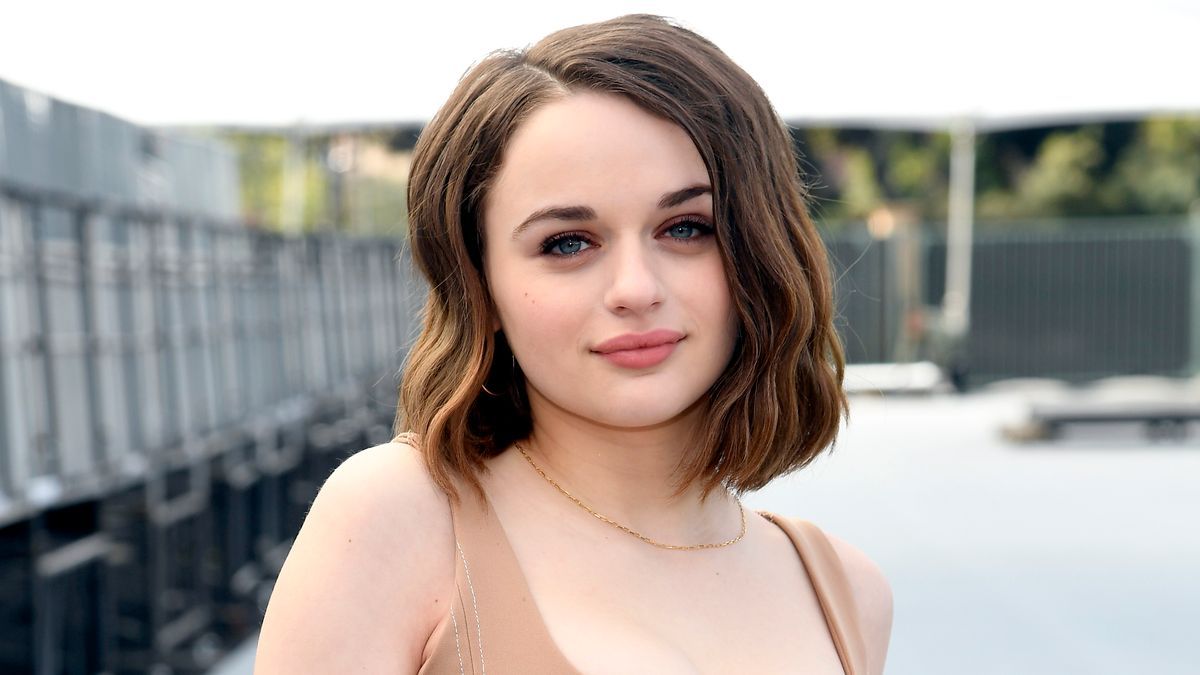 Joey King snapped a few photos inside a bathroom, and her fans just can't get over how beautiful she looks. In her latest Instagram post, The Kissing Booth 2 star rocks an outfit that almost seems as if it was chosen to match the lavatory's décor. Her vibrant summer look was a huge hit with many of her 18 million followers, and it had some of them begging her to share her outfit deets.

Her pics also reminded one Instagrammer of a certain embarrassing photo shared by one of Joey's closest friends.

Not Exactly Mellow In Yellow 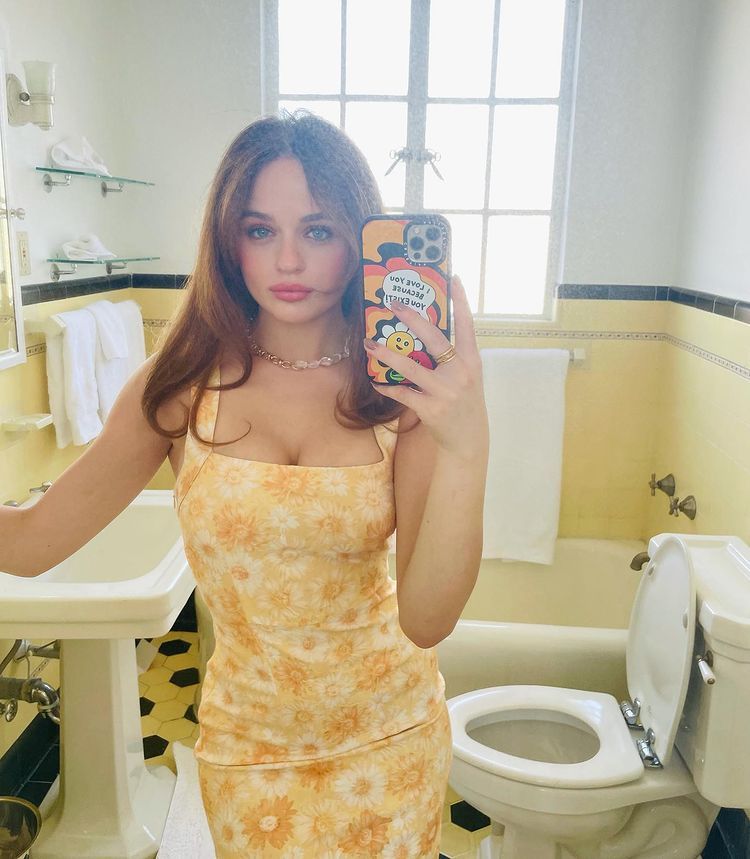 Joey had on a snug-fitting yellow dress that featured a summery floral print. It was sleeveless with a square neckline and hemline that hit right above the knee. She accessorized with a gold ring on one finger and a chunky necklace that was a gold chain on one side and a string of clear crystals on the other. Her long hair was parted down the center and curled at the ends.

A number of fans asked Joey where her dress was from. According to Joey King's Closet, it's Rouje's “Amalia Dress,” which has a price tag of $195. 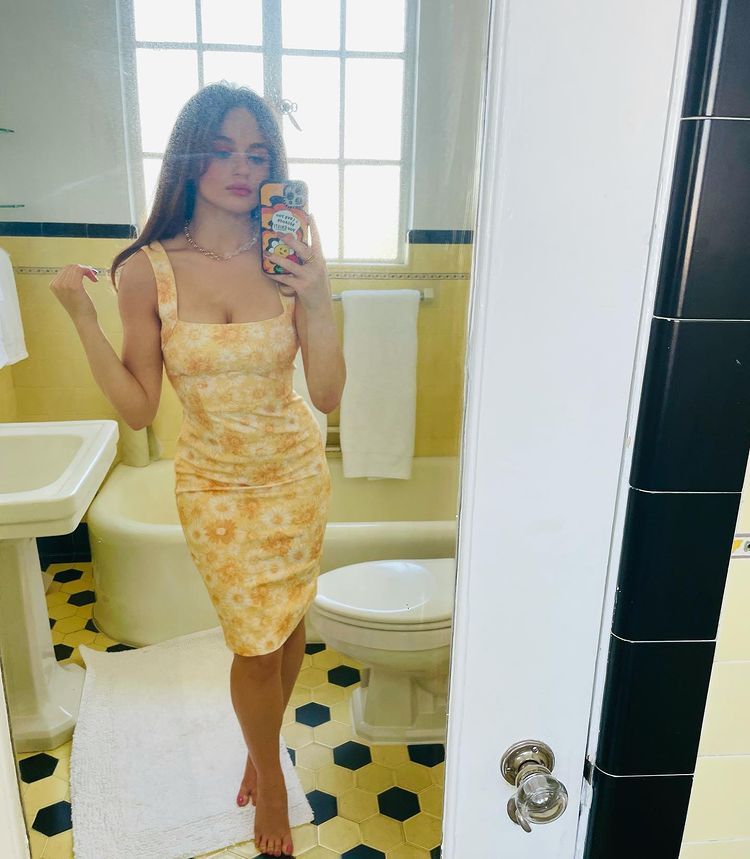 Joey's post featured three selfies taken inside a bathroom with yellow tiles on the floor and wall. She changed up her surroundings a bit for one of the pics by closing the toilet lid behind her. Her second photo also showed that she was posing on her tiptoes.

One fan of her work was Snowpiercer star Annalise Basso, who appeared alongside Joey in the Slender Man movie.

"This is possibly, maybe, but most definitely the classiest bathroom selfie of all time," Annalise wrote.

Anna Sophia Robb declared Joey a "bombshell," and director Destry Allyn, the daughter of director Steven Spielberg, also had something to say about her pics.

"You're more beautiful than Cinderella, you smell like pine needles and your face is like sunshine!" she wrote.

A Reminder Of An Embarrassing Moment

Sabrina Carpenter's sister Sarah also left a message in the comments section that delighted many of Joey's followers.

"You really missed the opp to tag @sabrinacarpenter as the toilet," she wrote.

This was seemingly in reference to a photo that Sabrina shared on Instagram last July. Joey and the Work It star are such good pals that Sabrina possessed a photo of Joey sitting on a toilet, and she shared it with her followers on Joey's birthday. Joey responded by commenting that she did not give Sabrina her approval to share it and that it was taken while she was suffering from "stomach issues."

While we're on the topic of celebrity siblings, Joey and her sister, Hunter, recently got matching ladybug tattoos (via Popsugar). The insects are inked on their opposite shoulders and are following tiny dotted trails. When the sisters stand side by side, the trails match up, and it becomes evident that the ladybugs are marching towards each other.

Hunter also had something to say about her sister's potty pics, and it was super sweet.

"You literally took my DAMN BREATH AWAY," she wrote.