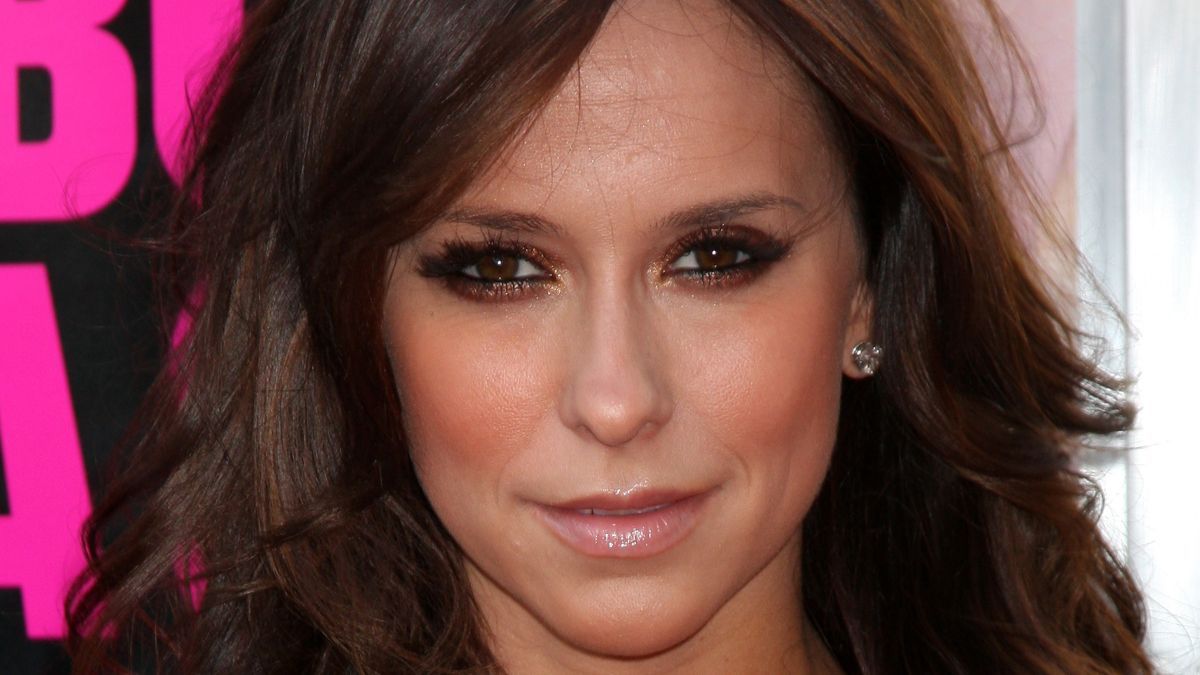 Jennifer Love Hewitt has reached the point in her pregnancy where her baby bump dictates how she wears her pants. The 9-1-1 actress took to her Instagram stories to update her followers on how things are going as she prepares for the arrival of her third child. In addition to being forced to keep her waistlines low, she's been on a hormonal rollercoaster. According to Hewitt, her family isn't sure what to think of her wild mood swings, and she revealed which important event would likely have her bawling her eyes out. 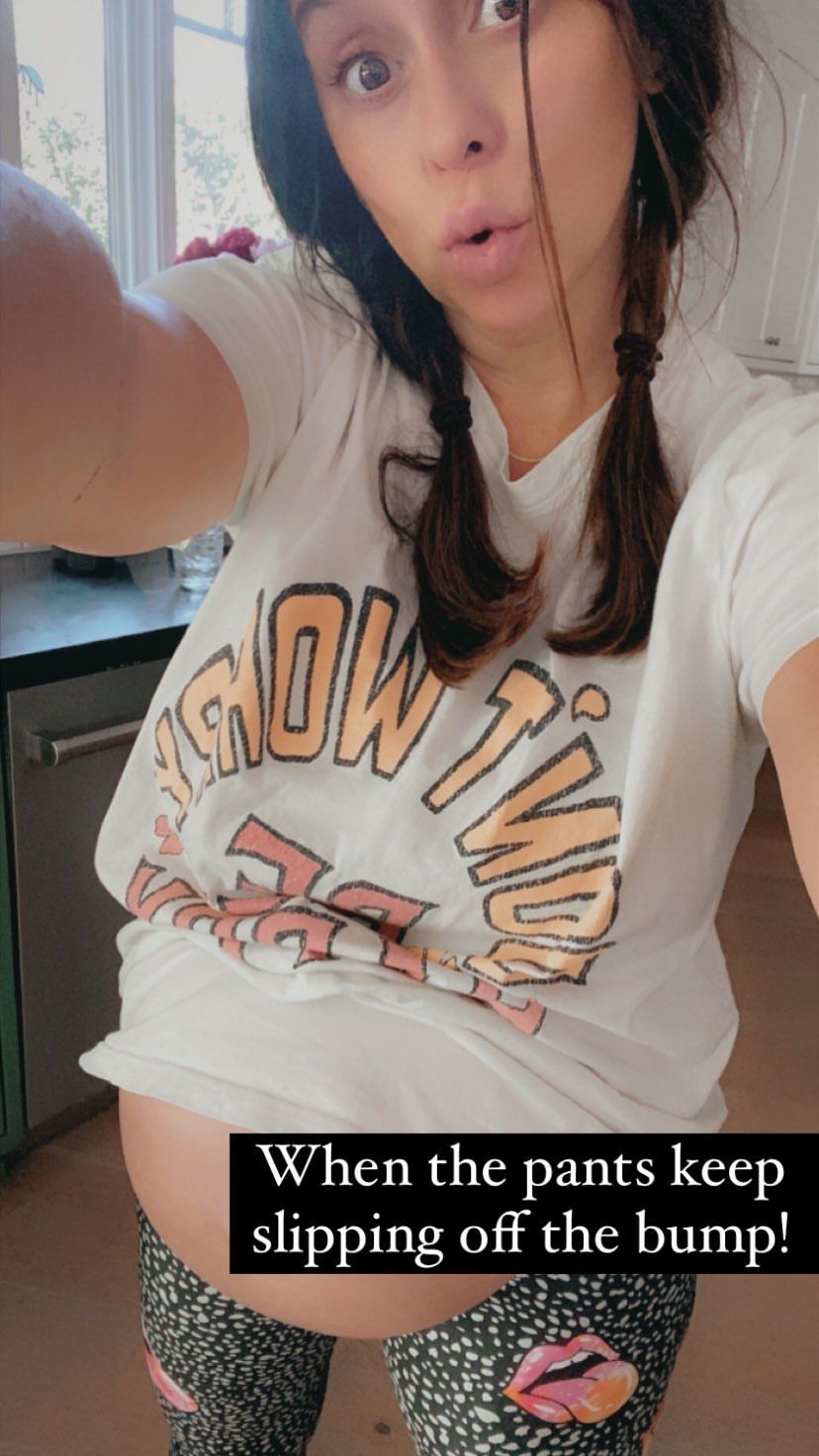 In her visual bumpdate, Hewitt rocked a pair of black leggings with a white speckled pattern. On her left thigh, there was a pink mouth with a tongue sticking out that closely resembled the Rolling Stones logo. Hewitt's bump protruded out above the pants' stretchy waist band.

Her comfy ensemble included a white T-shirt that read "Don't worry be happy." She had it lifted up at the bottom to show off her bump. She wore her hair in loose pigtails, and her pregnancy glow was in full effect.

"When the pants keep slipping off the bump!" her caption read.

Things Are Getting Emotional 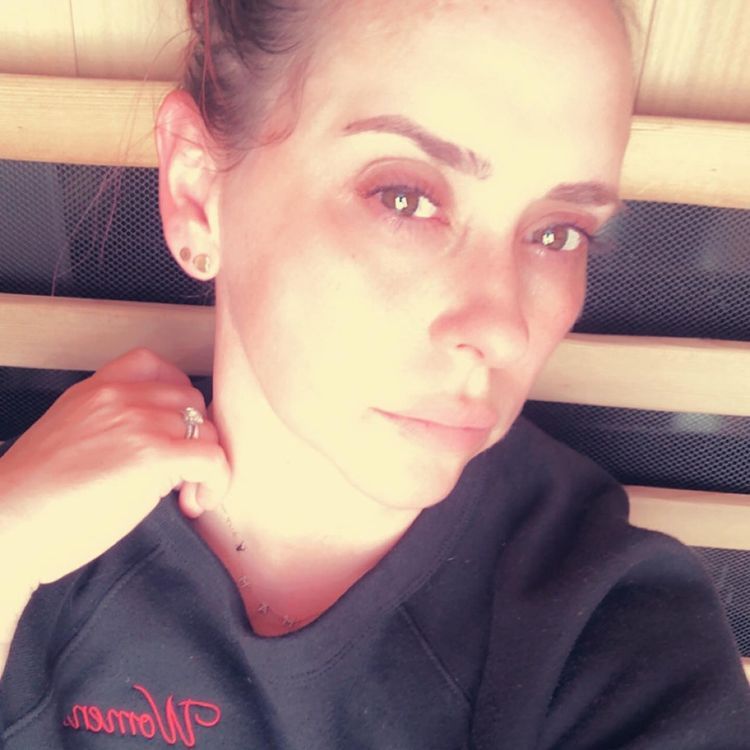 In a series of videos, Hewitt said that she's been laughing and crying a lot lately. She stated that she "didn't think that it was possible to cry more" than she does on her show 9-1-1, but she's learned that she can, indeed, get the waterworks working full-time in real-life.

"I'm apparently at the part of pregnancy where I just cry-slash-hysterically laugh at the same time," Hewitt said.

She explained that things will "emotionally touch" her about four times a day, and this will make the tears flow. She'll then start laughing at herself for crying.

One Of Her Kids Is Graduating

"I'm laughing and I'm crying, and my family -- my kids are not sure what's happening," Hewitt remarked.

The Client List actress revealed that her videos were filmed on "graduation day."

"That could probably make me cry," she said.

Hewitt and husband Brian Hallisay have a 7-year-old daughter named Autumn James and a 5-year-old son named Atticus James, so she was likely talking about kindergarten graduation.

As previously reported by The Inquisitr, Hewitt said that Atticus suggested that she might pregnant before she knew that she was, and she took a pregnancy test that proved him right.

Hewitt Was Pregnant While Pretending To Give Birth

Hewitt's 9-1-1 character, Maddie Kendall, gave birth on the show, and the actress knew she was pregnant in real life when she shot those scenes. She told People that her co-star, Kenneth Choi, joked that "Playing pregnant got you pregnant."

"The craziest, most surreal moment was having to give birth while being pregnant. That was very interesting."

Hewitt said that she was battling nausea on the day her labor scenes were filmed, but shooting them was still a positive experience because they got her "excited" about her baby's upcoming birth.