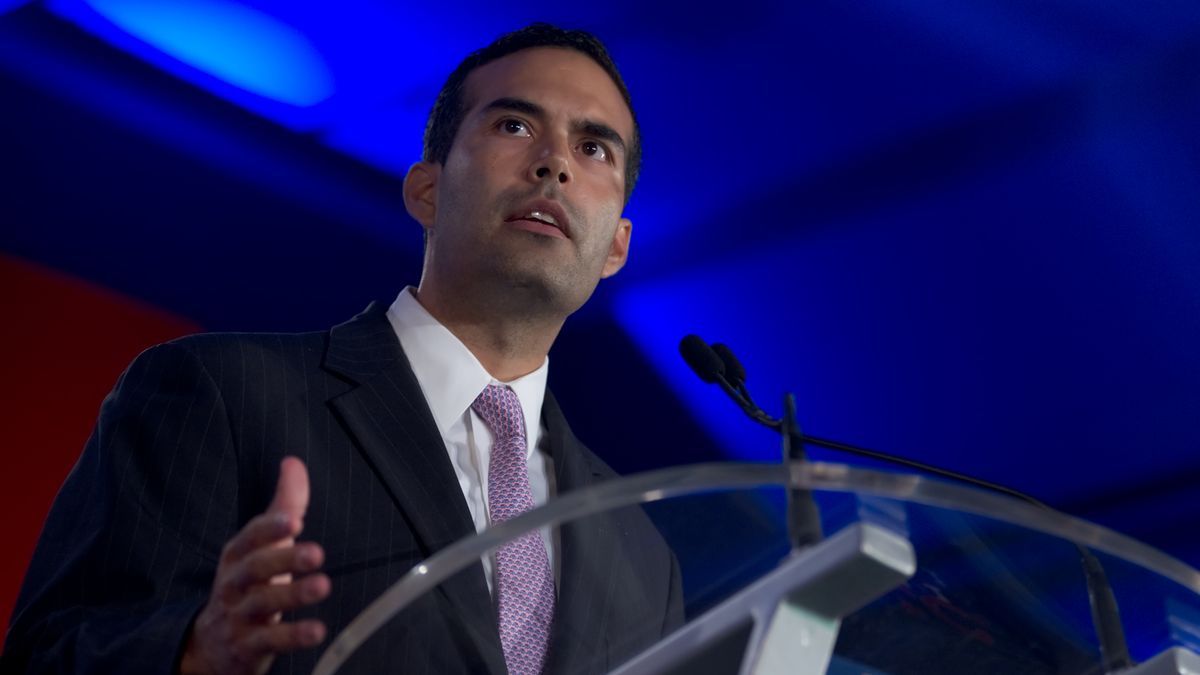 Nonetheless, George P. Bush has centered his campaign for state attorney general around his support for Trump and his so-called America First agenda.

Bush discussed this and several other hot button issues in an interview on Wednesday evening.

Speaking on Fox News, Bush stressed that he is an America First Republican and that he thinks the GOP should follow in the former president's footsteps, per Newsmax.

"When you look at my policies, I'm all about 'America First.' Trump is the center of the Republican Party," Bush said.

"I'm my own man, I support him, and we need to carry on that legacy, capture the lightning he brought to the Republican Party so that we can help all of our fellow Republicans down ballot," he insisted.

Bush's father has clashed with Trump on a number of issues, but so have uncle and grandfather, former Presidents George W. Bush and George H.W. Bush.

In 2016, after Jeb Bush dropped out of the GOP primary vowing to oppose Trump, his son endorsed the former president and rallied other Republicans to do the same.

"I just have my own vision, my own plan, my own track record here in Texas," the Texas land commissioner told Fox News.

"I think we're just like any American family, in that we have our differences of opinion, whether it's in respect to President Trump or in respect to hot button issues of the day."

Bush will compete in the Republican primary against Attorney General Ken Paxton, who is also a Trump loyalist.

Earlier this year, Paxton filed a lawsuit challenging results of the 2020 presidential election in four states. According to The Associated Press, he is currently being investigated by the Texas bar association.

Bush contrasted his own record with Paxton's, stressing that he is his "own man" and that he would behave that way if elected state attorney general.

"I'm gonna be on the phone if I’m elected attorney general late at night, and take that call if a border patrol official falls in the line of duty or if a law enforcement official also falls," he said.

Bush also took advantage of the opportunity to slam President Joe Biden -- an avowed moderate who has made it clear he doesn't support progressive policies such as universal healthcare -- for pushing what he described as "socialism."

"In 2020, I boldly declared that Trump was the only thing standing between our country, the American people, and socialism. And lo and behold, I've turned out to be correct," he said.

Bush added that Biden defeating Trump and becoming president has helped him gain support in Texas.