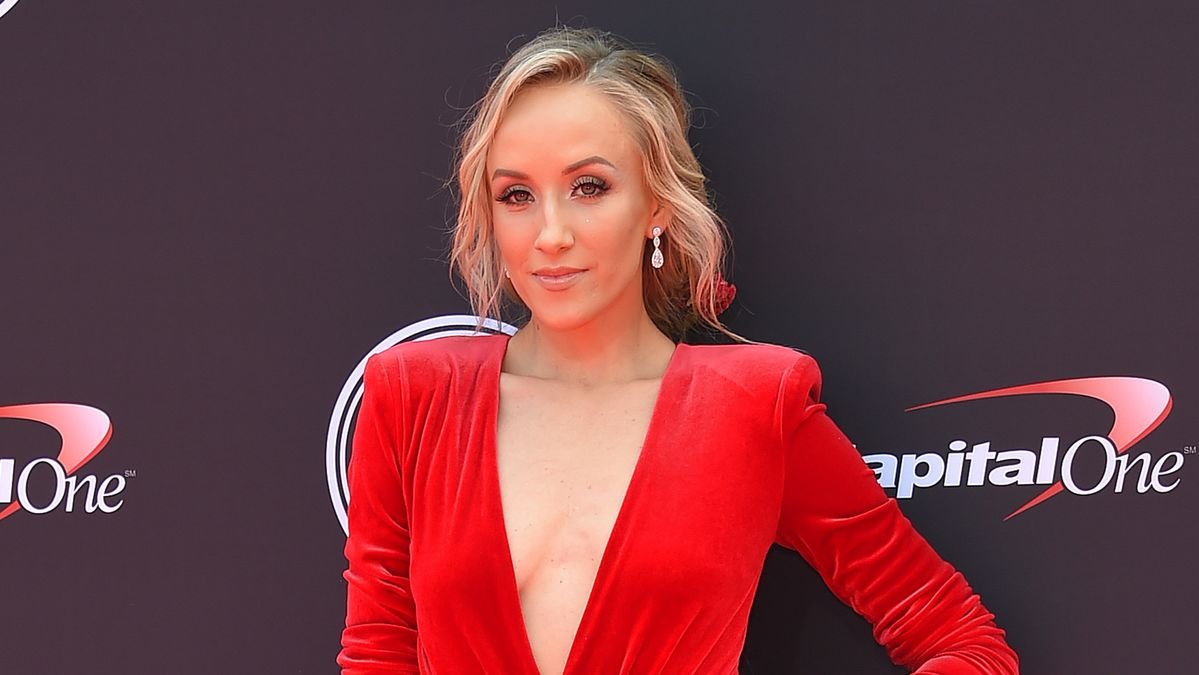 Olympic gymnast Nastia Liukin delivered yet another fabulous look at the U.S. Gymnastics Championships in Fort Worth, Texas. The 31-year-old former athlete and 2008 all-around champion served as one of the hosts for Day Two of the Men's Competition on June 5, lighting up the benches in a fiery-red dress by PH5.

The Texas native took to her Instagram page to post a few snaps of the dress, which was a short, sleeveless number with an asymmetric train and scalloped trim. Check it out below! 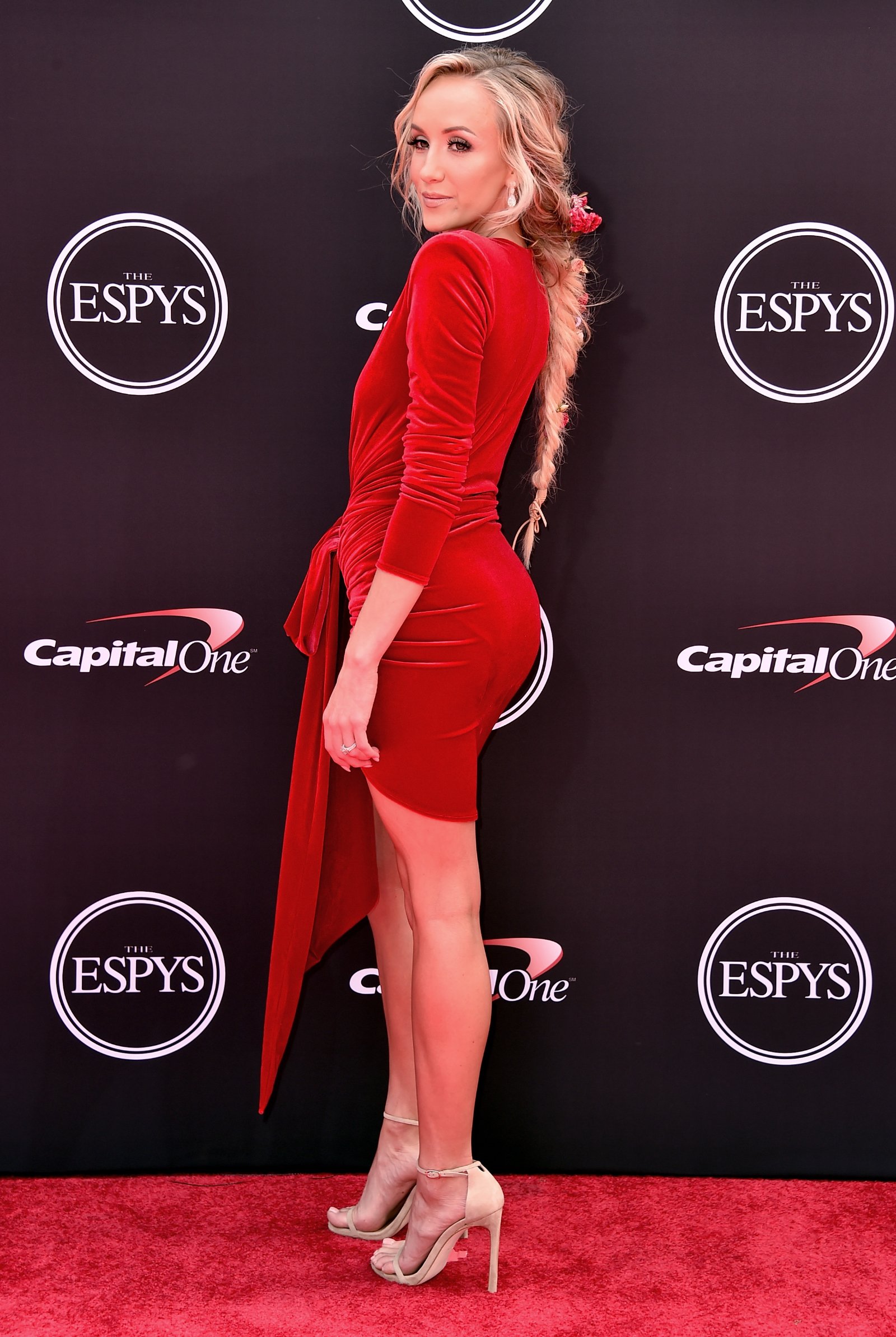 The five-time Olympic medalist gave followers a front-and-back view of the outfit as she faced the camera with a beaming smile, then turned around to showcase her twirling train. She rocked strappy white heels to match the striped detailing on the frock's sides and hemline, which echoed Sporty Spice's iconic red-and-white tracksuit.

The outfit was styled by Nastia's friend and go-to fashion stylist Gabriela Tena, who is responsible for many of her glam looks and whom she tagged in the post. She also gave a shout-out to her long-time hairstylist Paige Davenport, who always makes sure Nastia's blond locks are looking incredible. 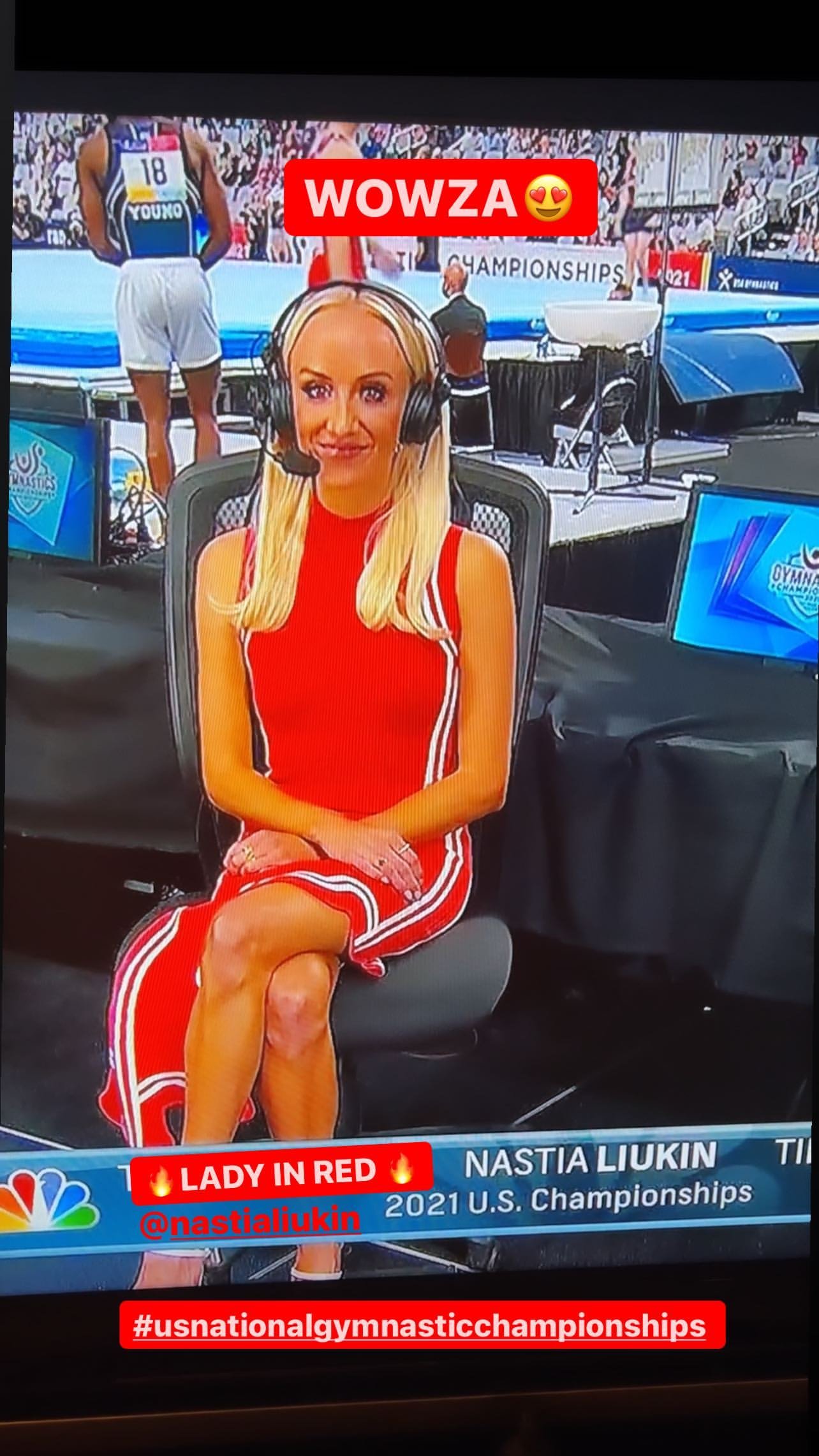 As always, Nastia nailed her caption, reeling in an enthused response from her followers.

"gymnastics, but make it sporty spice," she wrote, encouraging fans to tune in to the NBC Sports Network livestream and watch the competition.

The former artistic gymnast also shared several Instagram stories from the event, including an adorable video of a dog in the audience.

"Trying to stay focused with this little cutie behind me is next to impossible," she captioned the clip.

Among her shares was an image from the NBC broadcast, uploaded by Nastia's personal trainer, Kira Stokes. The photo showed the gymnast smiling and wearing a headset as she sat with her legs elegantly crossed. The words "lady in red" were written on the NBC banner, encased in flames.

The update came one day after Nastia stunned in an electric-blue dress while posing in the gymnastics gym. While the Olympian joked she forgot her leotard, she looked gorgeous in a tailored Black Halo mini dress, which she highlighted with blue butterfly heels that wrapped around her ankles.

Fans seemed impressed with the red dress, rewarding the post with 19,400 likes in the first 15 hours.

Followers showed their appreciation by dropping gushing remarks in the post's comments section. While some had only good things to say, others appeared a tad disappointed by the NBC livestream.

"You make the broadcast. Thank goodness for you," said one user.

"The only good part of nbc’s gymnastics coverage are you. and these. outfits," commented another Instagrammer.

One person even pleaded with Nastia to try and sway the network to show more gymnastics routines.

"Please please please get NBC to show more routines and stop showing us gymnasts standing on the side. Please!!!!" read their message.