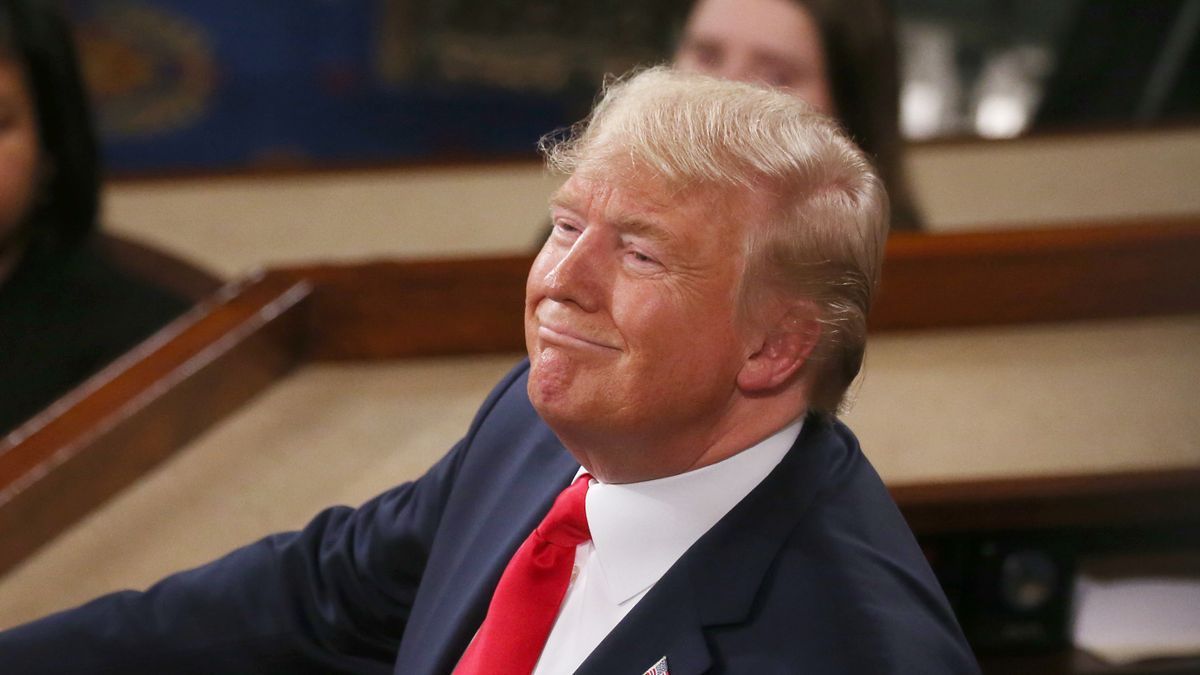 Former President Donald Trump -- who maintains that Democrat Joe Biden won the 2020 presidential election due to widespread voting fraud -- has made it clear that he is thinking about running for president in 2024.

However, Trump, who has maintained an active presence in GOP politics since leaving office, may not have to wait until 2024 to officially reenter the political scene.

The former commander-in-chief is apparently open to the idea of running for Speaker of the House of Representatives in the 2022 midterm elections.

Speaking with far-right radio host Wayne Allyn Root Friday, Trump was asked about running for speaker in the upcoming midterms and described the idea as "so interesting," according to The Hill.

"Yeah, you know it's very interesting," Trump stressed, noting that some have urged him to run for the U.S. Senate.

"But you know what, your idea might be better. It's very interesting."

Trump, who lives in Florida, has not expressed interest in becoming a congressional candidate and it remains unclear which district he would run in.

The U.S. Constitution does not explicitly state that the speaker must be an incumbent member of the House, so even if Trump doesn't run for Congress he could still be elected speaker.

As John Fortier, a research fellow at the American Enterprise Institute, explained to PolitiFact, "a speaker of the House need not be a member of Congress."

"That said, we have never elected a speaker from outside the House. But it is constitutionally permissible," Fortier added.

As House speaker, Trump wouldn't necessarily have to wait until 2024 to become president again, at least in theory.

Democrats currently control both chambers of Congress, but given how narrow the margins are, it is conceivable that the GOP could take both the House and the Senate in 2022.

In that scenario, Trump could be elected speaker and both chambers of Congress could impeach and remove President Joe Biden and Vice President Kamala Harris.

If both the president and the vice president are removed, House speaker acts as commander-in-chief.

According to New York Times reporter Maggie Haberman, Trump believes he will be reinstated as president by August, once alleged electoral fraud is proven in the courts.

Controversial lawyer Sidney Powell and My Pillow CEO Mike Lindell have reportedly convinced Trump that he will be reinstated by the end of summer, though this is not even theoretically possible.

Those close to the president realize that this cannot happen and are reportedly trying to convince him to stop focusing on alleged voter fraud in the 2020 election.