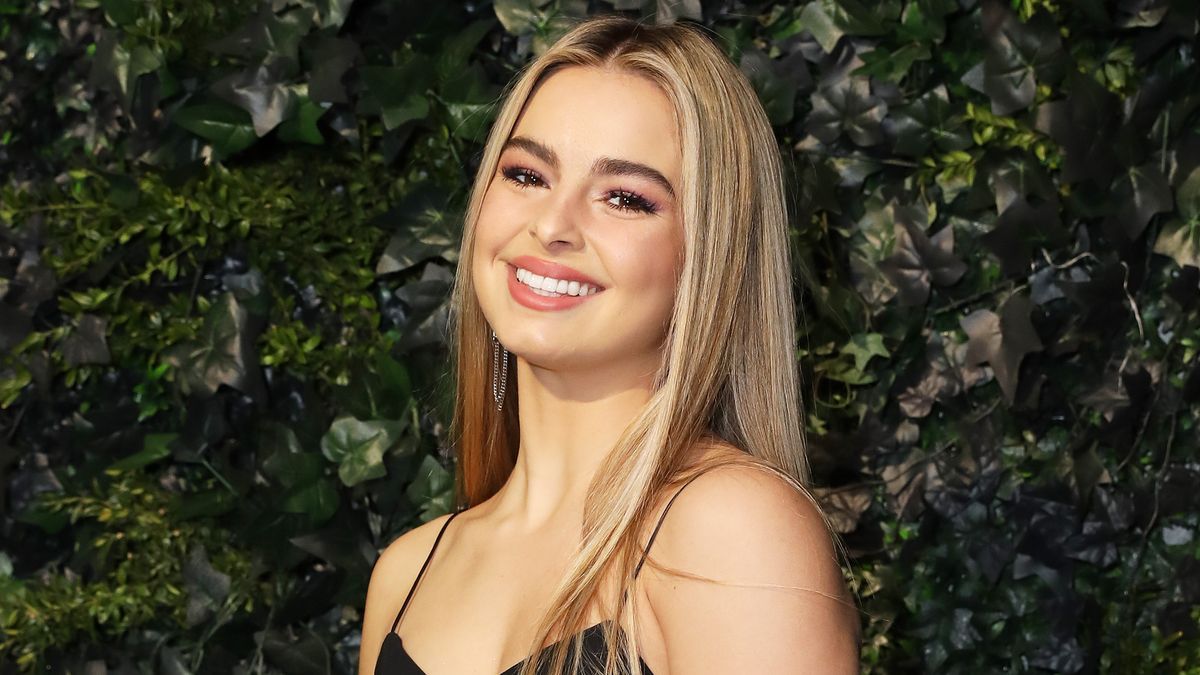 TikTok superstar Addison Rae Easterling is surfing in Malibu and delivering some great photos for her 38.1 million Instagram followers to enjoy. Yesterday's triple update saw the 20-year-old splashing around in the frothy waves while straddling a surfboard.

The social media sensation's feed has been blowing up lately as photos from her Vogue shoot clocked in more than 2.2 million likes. Her most recent upload exceeded that count, hitting 2.4 million likes in just 16 hours.

Check out the slideshow below! 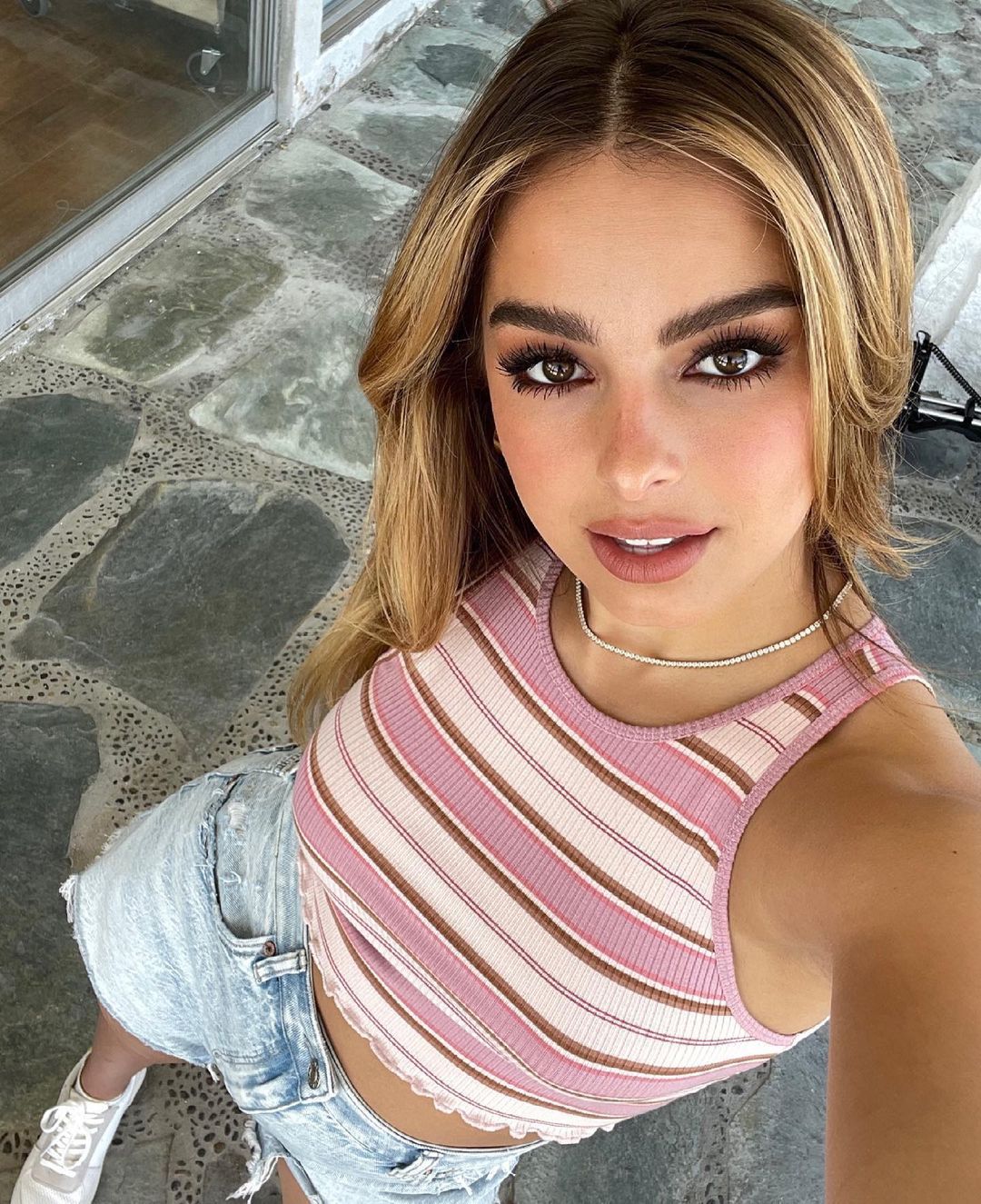 Addison exuded fresh summer vibes in a pink bikini with bright-green straps. A string of pearls added sophistication to the ruched, side-tie number.

The social media star flashed a pretty smile as she shrugged her shoulders, soaking up the sun from her comfy seat. Her hair was wet, suggesting the impromptu photoshoot offered a short break from surfing.

In another snap, Addison smiled with her mouth wide open while the waves washed over her. The final picture captured her from a distance, revealing the vastness of the seascape.

Showing Her Goofy Side 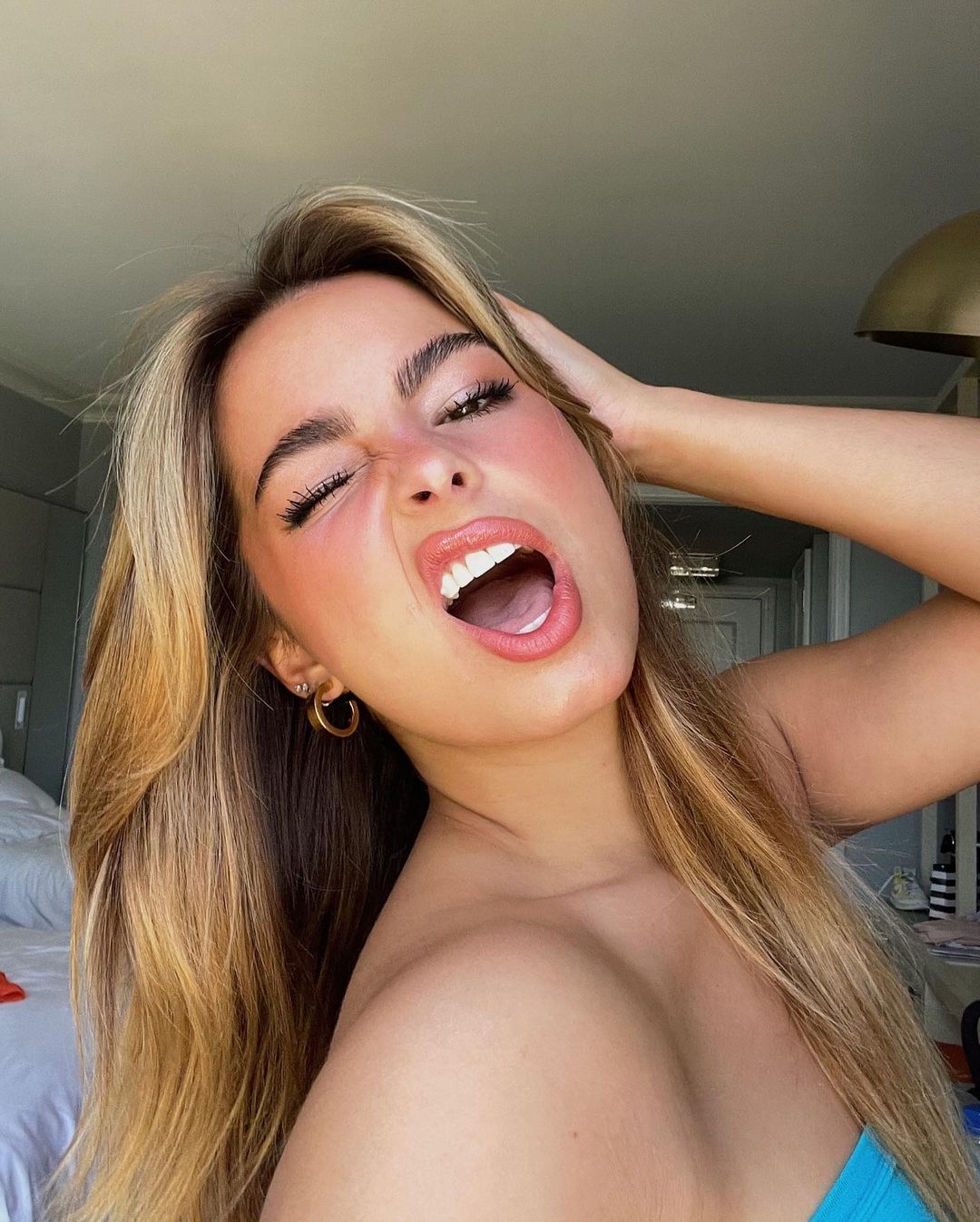 The TikToker-turned-musician, whose likes on Gen Z’s preferred social media platform now top 5.2 billion, was all puns in the caption, delighting fans with her humor.

Addison recently showed off her goofy side in an animation promoting her Rollacoaster Magazine Spring/ Summer 2021 cover.

“At the end of the day I will always be a girl from Louisiana who wants to make people smile and I hope to make a positive impact on anyone who follows my life or sees me,” Addison was quoted as saying.

The star opened up to Vogue's Jen Wang just as candidly, saying she saw herself as just a “regular girl from Louisiana.” Addison confessed her closest confidant is still her mom, Sheri Nicole Easterling, with whom she co-hosts a Spotify podcast documenting her poverty-stricken childhood titled That Was Fun?.

“I talk to my mom a lot. Because there’s no rule book for what I’m doing.”

Addison's modest attitude was revealed yet again when the dancer and songwriter confessed she was "nervous" about her upcoming acting debut. The 20-year-old is starring in Netflix's gender-swapped remake He's All That, scheduled for an August 27 release, and she's prepared intensely for her role.

“I was taking [acting] classes probably seven days a week before the film started and [spending] like hours and hours a day doing script analysis,” she told Variety.

“I definitely made sure to take it seriously.”

The story is based on the iconic '90s rom-com She's All That and follows popular high schooler Padget (played by Addison) as she endeavors to turn Tanner Buchanan's nerdy-boy character into prom king.

"I’m a little nervous, but I did my very best, and that’s all I can do," said Addison.

Watch the movie trailer below!