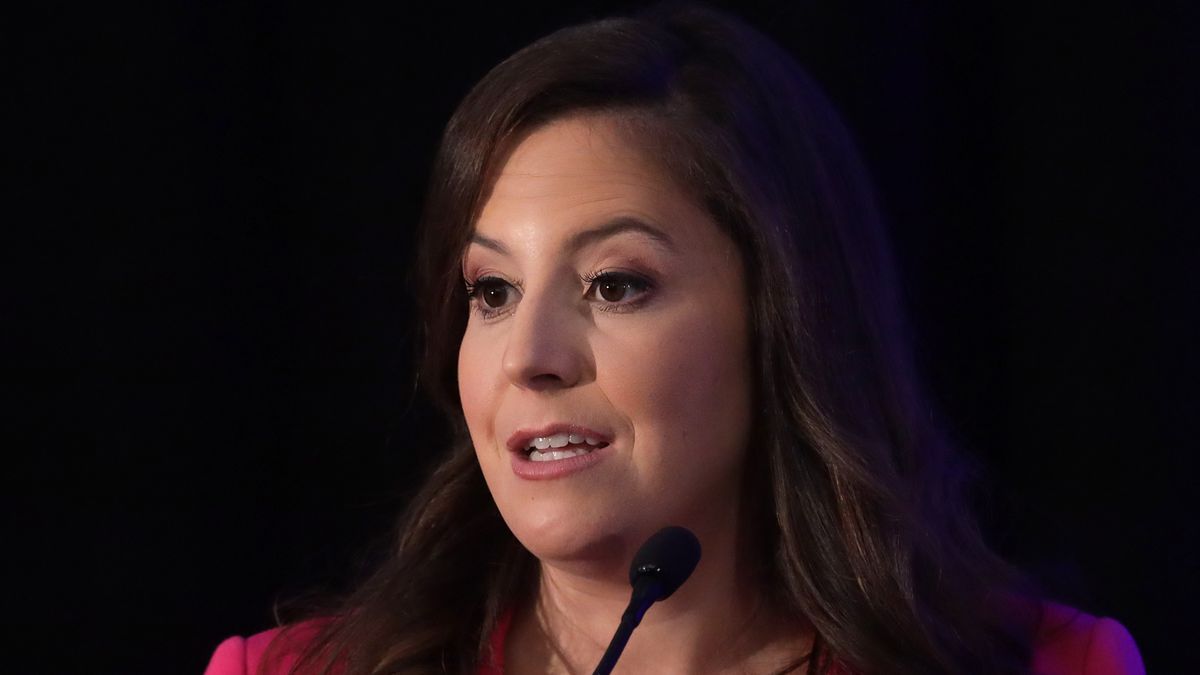 Unlike the vast majority of her colleagues, Cheney has made sure to reject Trump's conspiracy theories about the 2020 presidential election, acknowledging that Democrat Joe Biden won it legitimately.

Cheney was replaced by Rep. Elise Stefanik of New York, who is more moderate than Cheney, but perceived as a Trump loyalist.

Sunday Morning Features host Maria Bartiromo asked Stefanik to comment on Cheney's suggestion that the Republican Party is being "dragged backward" by Trump and his lies about the 2020 elections, per The Hill.

Stefanik said said that Cheney is the one "looking backwards" and claimed that Republicans embrace Trump and are united in opposition to the Biden administration's agenda.

"Republicans are looking forward. We are unified. And we are talking about conservative principles. President Trump is an important voice in the Republican Party. We are working as one team."

Stefanik argued that conservative voters believe in Trump's "results" and appreciate his achievements in terms of foreign policy and the economy.

Trump supported the effort to replace Cheney with Stefanik, who fiercely defended him in the first impeachment trial, when he was accused of abusing the power of his office.

Winning Back The House

Stefanik said that Republicans can win back the House of Representatives in the 2022 midterm elections, but noted that conservative voters remain concerned about election security and voter fraud.

"When I go home to my district, and as I talk to my colleagues, this is the case across the country...Voters want to make sure that they have faith in our election system, which is why election integrity and election security is a top priority for the American people," she told Bartiromo.

Who Is Elise Stefanik?

According to BBC, Stefanik began her political career working for for the George W. Bush White House and for former Republican Speaker of the House Paul Ryan.

She was first elected to Congress in 2014, but rose to national prominence during Trump's first impeachment trial.

Conservative watchdog groups have criticized her for being too moderate and opposing Trump's signature policies. Notably, she voted against Trump's tax cuts and campaigned against building a wall on the U.S.-Mexico border.