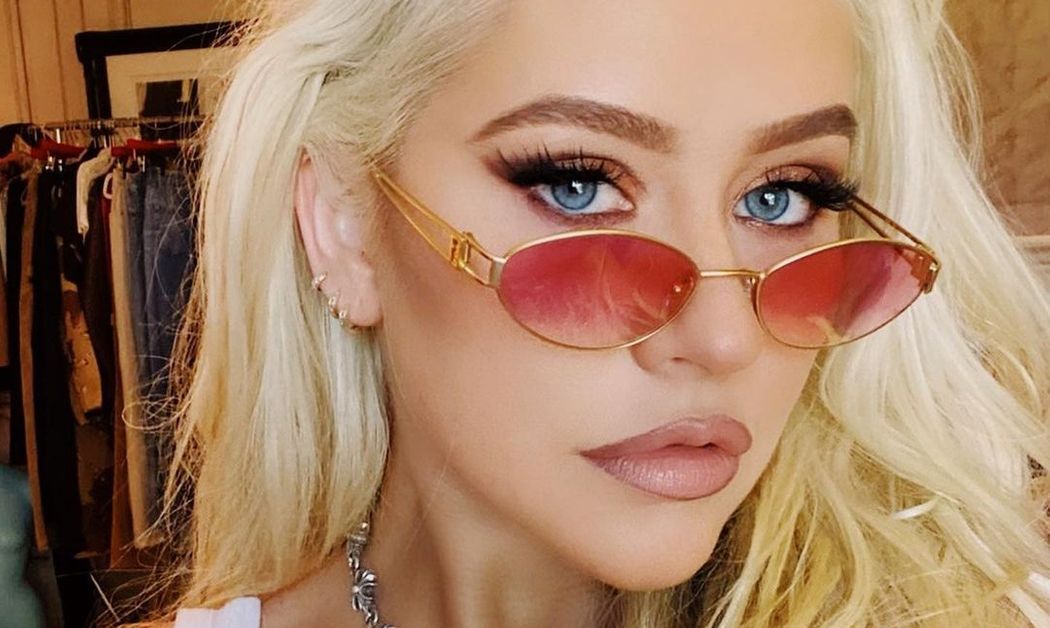 Christina Aguilera isn't just talking LGBTQ support. The 40-year-old today delighted her 7.3 million Instagram followers by announcing a clothing collection fully backing two trans-strong organizations, with the "Stripped" singer dedicating her Friday post to the exciting news. Christina's new clothing collection comes as pride merch, with the blonde also backing TransTech Social and TransLash Media, organizations working with trans and LGBTQ individuals amid adversity. Aguilera had gone for an underpants look in her post - check out the announcement below. 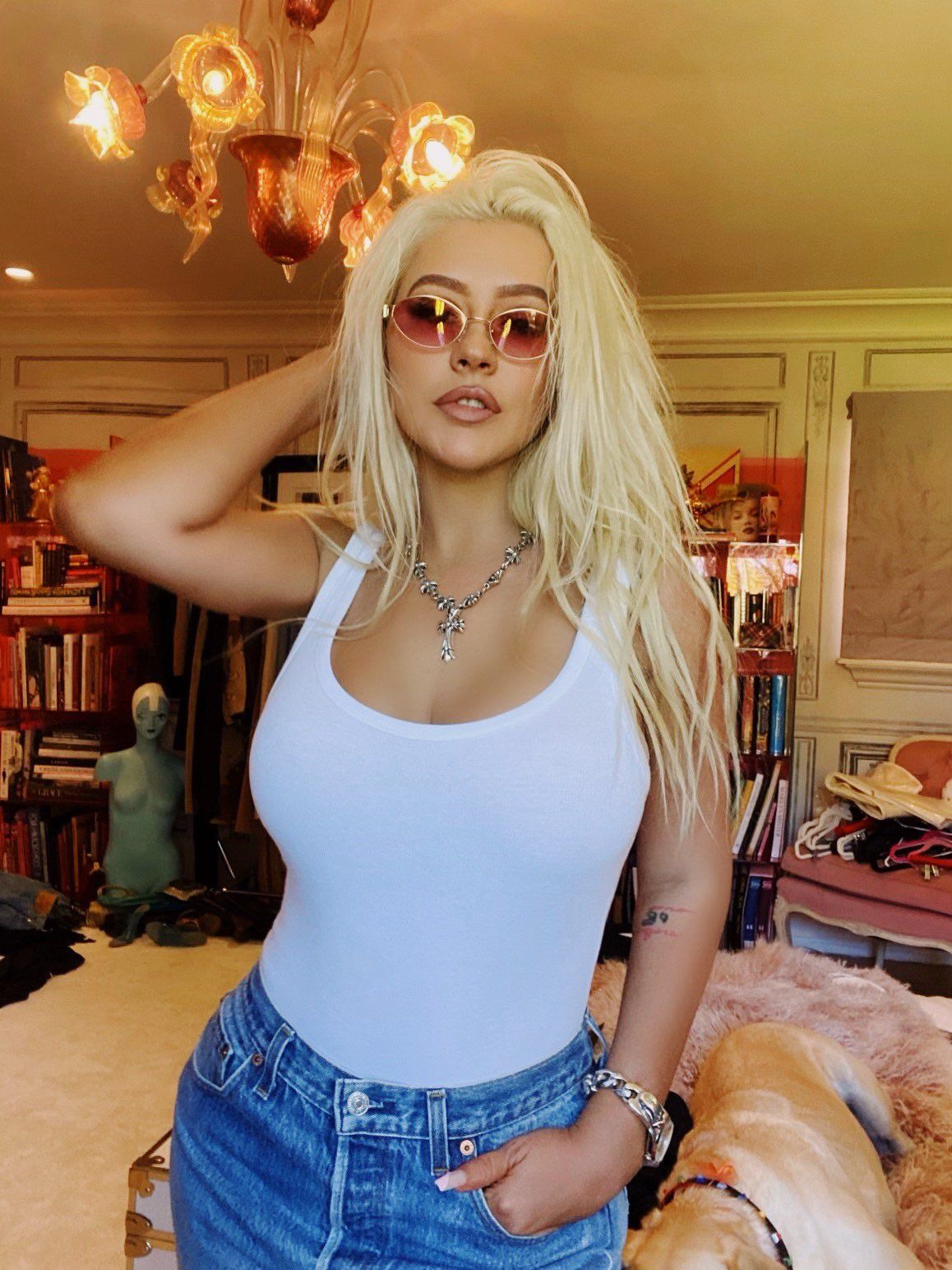 Scroll for the video. Aguilera, whose merch includes the $65 RAINBOW MESH TANK and the $25 Spectrum Logo Brief Underwear she was wearing a modified version of, updated with a collage forming a video. The Grammy winner, who had posed with others and mannequins, had shown off an '80s look that was 2021 ready, seen in an unbuttoned white shirt and Y-front boyfriend underpants.

A caption from the singer announced her new collection, one that comes less than a year after she made headlines for penning a letter to her LGBTQ fans.

See Her Look Below!

Taking to her caption, Aguilera wrote: "Fighters gonna be looking fly this pride!! 🌈 I’m so excited to announce my new 𝑷𝑹𝑰𝑫𝑬 collection! I am also proud to support @transtechsocial & @translashmedia, two organizations doing such important work for the community."

Xtina remains perhaps best-known for officially supporting the LGBTQ community with her iconic 2002 "Beautiful" track, one that broke down barriers long before #trans or similar ever trended on social media platforms. Keep scrolling for more photos after the video. 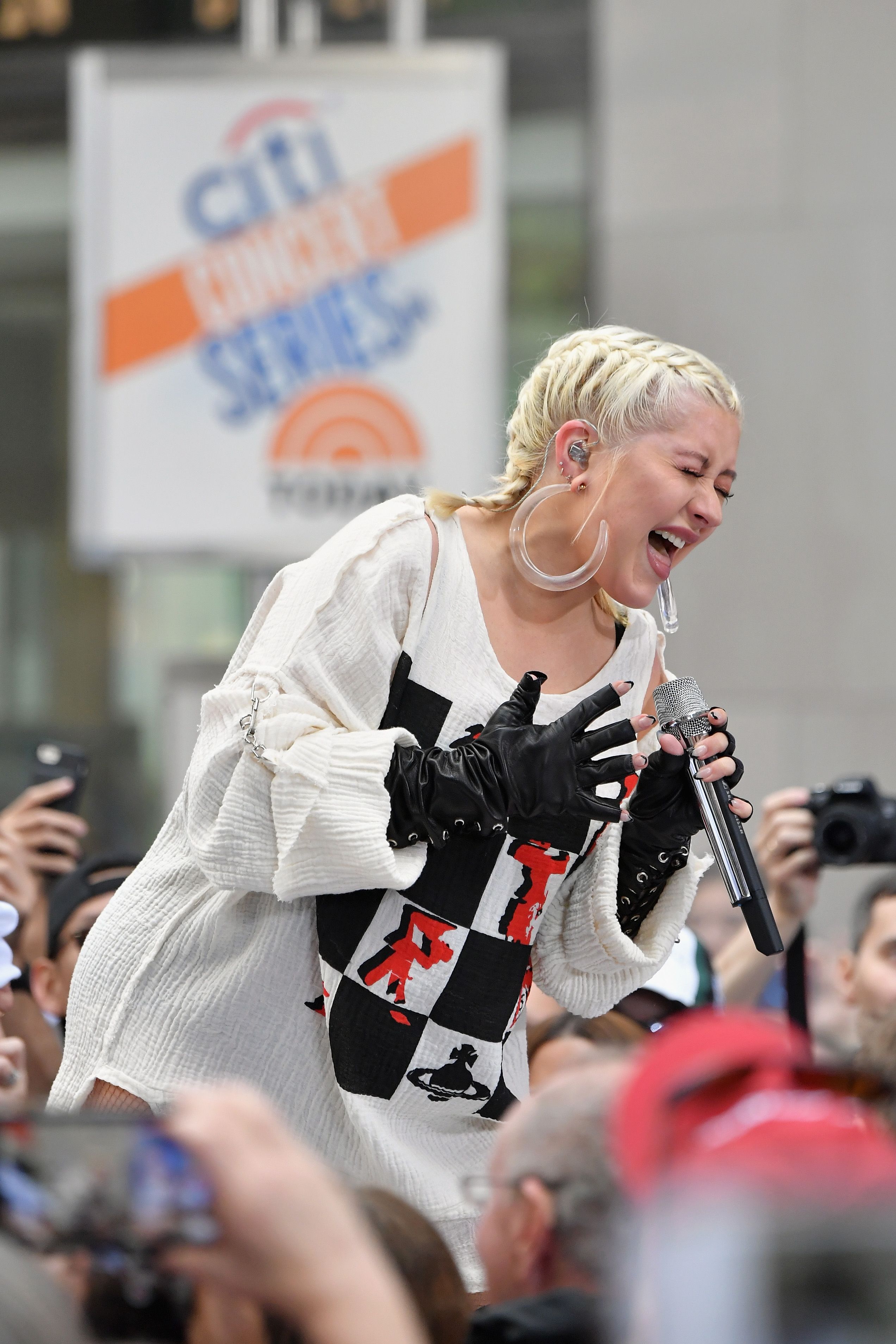 Aguilera has also made headlines for seeing her letter to LGBTQ fans front media outlets, one seeing the reality judge write:

"Since the very beginning of my career I have leaned on the LGBTQ+ community for support, friendship, joy and acceptance. I have found the most solace and unimaginable strength in my friends who identify as queer, and I have crawled out of some of my darkest times thanks to the small group of people I surround myself with."

Quickly topping replies today was a response from rapper Jay-Z's Roc Nation company. The agency left three heart emoji. While one fan shaded the $65 tank top and said the price was too steep, the post was largely met with positivity and love. Aguilera is herself in the news for big buzz around her upcoming EP, her first since 2018 Liberation album.