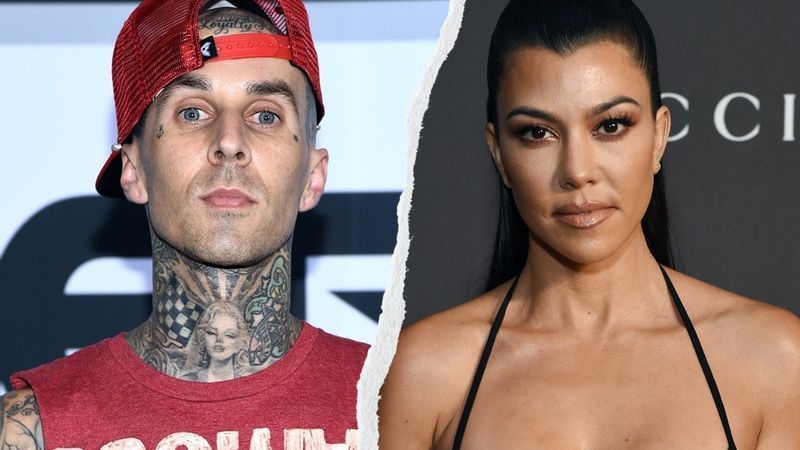 Kourtney Kardashian's love life is getting major exposure as boyfriend Travis Barker takes to Instagram with his latest reveal. The 45-year-old Blink 182 drummer yesterday shouted out 42-year-old reality star Kourtney via a candle, and it was no regular one as Travis picked out a custom version from GOOP's "orgasm" range. The lifestyle brand from actress Gwyneth Paltrow has currently sold out of the candle supposedly smelling like an orgasm - retailing at $75, one of them is now making major headlines. See it below. 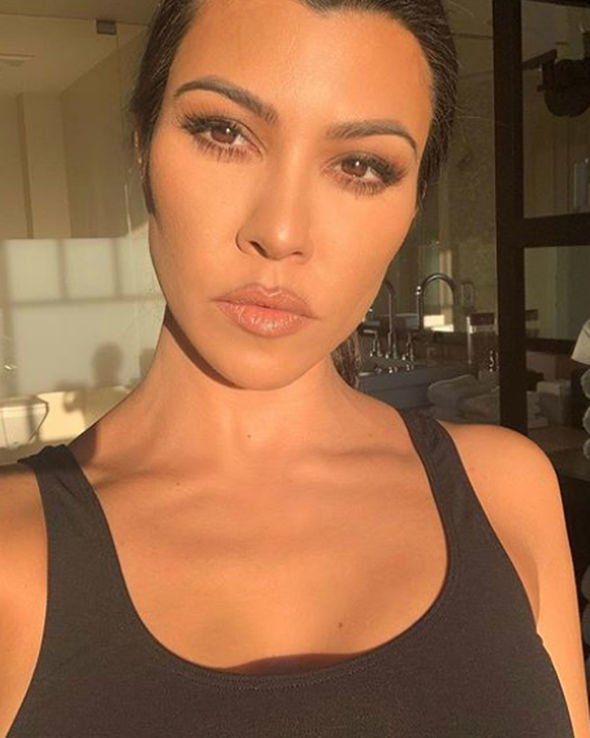 Scroll for the snap. Travis uploaded it to his Instagram stories yesterday, big-time shouting out Poosh founder Kourtney just as she ups the ante for her 120 million Instagram followers - the E! star has been straddling her boyfriend in a bikini during their joint and luxurious Utah vacation, with the intimate vibe now a talking point from him, not her.

The photo showed a variant of the HERETIC X GOOP candle, one that had been customized. See it below!

Scroll For The Candle!

Written in caps across the chic and black-packaged candle was: "SMELLS LIKE KOURTNEY'S ORGASM." The controversial candle comes with this (minus Kourtney's name, of course) as its template. It's also a 2.0 after Gwyneth's brand had success with its famous "This Smells Like My Vagina" candle. See more photos and the bikini straddle after the snap!

Late April marked Kourtney making major headlines as her tiny stringy bikini straddle brought passion from the desert in the below photo. "Just Like Heaven," she wrote, quoting The Cure.

“Kourtney’s more in love than ever and everyone sees it,” a source told Hollywood Life. “She and Travis just vibe. He adores her and waits on her hand and foot.” The anonymous individual added: "He’s great with her kids and she’s great with his." Scroll for more photos after the bikini kiss!

Kourtney, who dated both Luka Sabbat and Younes Bendjima after her split from Disick, is not said to be considering marriage yet, though. The eldest KarJenner is known for never having walked down the aisle despite her three kids, with the source stating: "He’d love to get married to her, but that’s not something she’s considering right now."