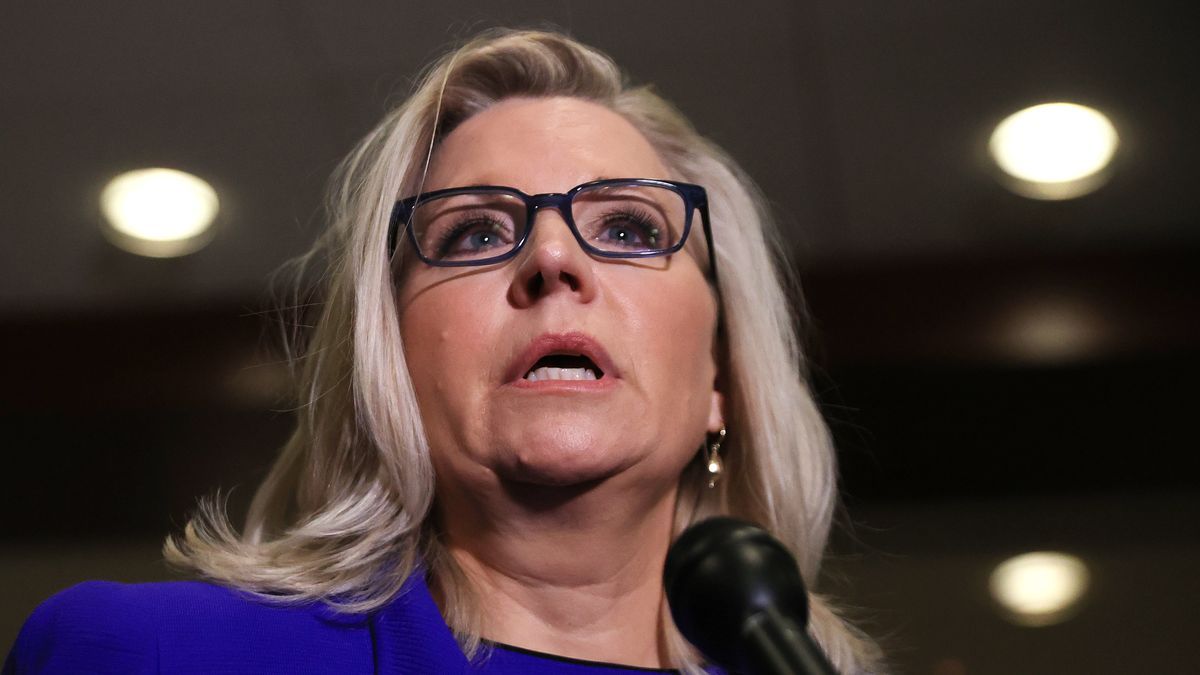 On Wednesday, Republicans voted behind closed doors to remove Wyoming Rep. Liz Cheney as chair of the House GOP Conference.

The ouster was a product of a months-long campaign to punish conservative lawmakers who stood up to former President Donald Trump.

Unlike most of her colleagues in the House and Senate, Cheney vocally opposed Trump's efforts to overturn the results of the 2020 presidential election, which he lost to Democrat Joe Biden.

She also voted earlier this year to impeach Trump on a charge of inciting an insurrection.

Immediately after the meeting where she was stripped of her position, Cheney spoke to a group of reporters.

"We must go forward based on truth. We cannot both embrace the big lie and embrace the Constitution," Cheney said, as CSPAN reported via Twitter.

"I am committed and dedicated to ensuring that's how this party goes forward, and I plan to lead the fight to do that," she vowed.

Cheney then took aim at Trump, stressing that the Republican Party must move on from him.

"I will do everything I can to ensure that the former president never again gets anywhere near the Oval Office," Cheney said.

Describing the congresswoman as a "bitter, horrible human being," the former president alleged that she agrees with the Democrats on most important issues and then slammed her family.

Cheney, the daughter of former Vice President Dick Cheney, is a "warmonger," according to Trump, and her family is responsible for some of the worst foreign policy decisions in American history.

Data shows that Cheney is more conservative than New York Rep. Elise Stefanik, who is expected to replace her as House GOP conference chair.

As reported by The Hill, Senate Majority Leader Charles Schumer, a Democrat, described Cheney's removal as a "very dark moment" for the GOP.

He also argued that the move shows Republicans want to keep pushing the "big lie" that Biden won the 2020 election thanks to widespread fraud.

Controversial Republican Rep. Marjorie Taylor Greene of Georgia, meanwhile, took to Twitter to accuse Cheney of suffering from "Trump derangement syndrome" and said that she "stands alongside" millions of Trump supporters who oppose the Wyoming conservative.