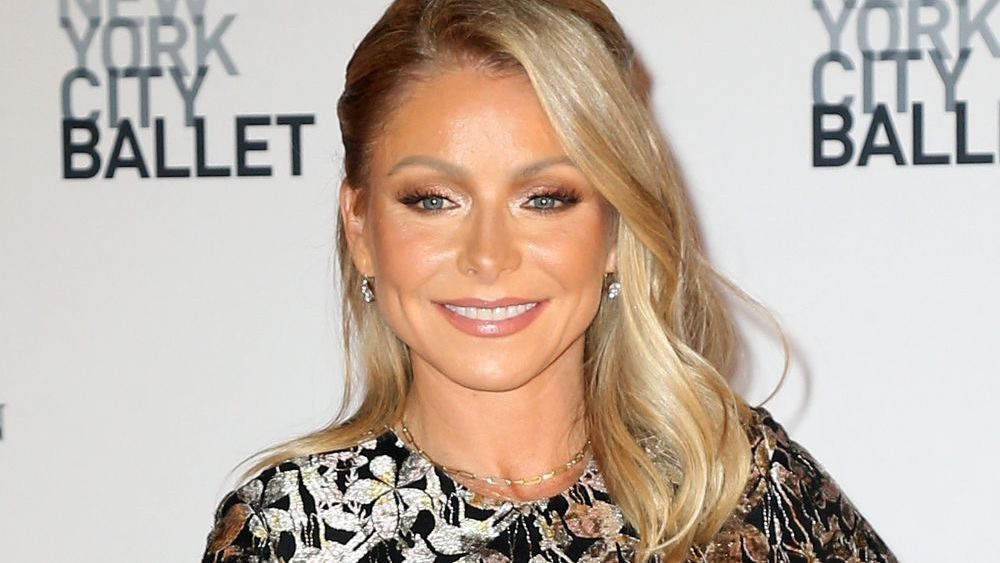 Kelly Ripa waited 14 months to see her personal trainer in person, and yesterday was it. The 50-year-old talk show queen was finally reunited with fitness coach Anna Kaiser this week, marking the reunion on Instagram and via a story for her 2.9 million followers. Posting Tuesday night, the Live! With Kelly and Ryan host shared a killer twinning workout snap, one that came heavy on the abs, heavy on the masks, and showing off the blonde's teeny-tiny waist and sensational workout style. Check it out below.

Finally Back In The Gym 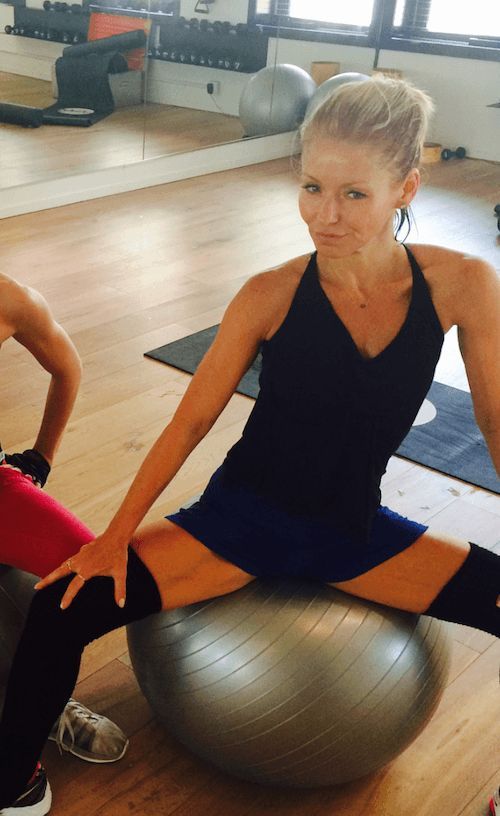 Scroll for the photo. It comes as Kelly's body makes headlines for a completely different reason - earlier this month, the star celebrated 25 years of marriage to 1996-married husband Mark Consuelos by getting a tiny arm tattoo of the couple's marriage date.

Showing the secret to her flawless gym body, Kelly updated all swinging hips and with Anna as she posed indoors and in high-waisted black gym pants, leggings under the cropped lowers, plus a white t-shirt knotted up for a massive ab flash.

See The Photo Below!

The former sitcom star, who joked her body is a "Peter Pan" one in 2019, was looking far younger than her 50 years, this despite her face being mostly concealed by her white mask. Anna, seen right behind Kelly, struck a similar pose, also in cropped black pants and a similarly-knotted white tee.

Kelly made October 2020 headlines for turning 50, with 2021 seeing the star continue to prove a talking point for defying her age. Speaking to The Cut in early 2019, Kelly joked about her body, but she'd clearly put in thought and care, revealing:

"I was talking to a cardiologist and he said to make sure your heart beats out of your chest every day. The more you exercise, the healthier it is. And I can be honest: My body looks like Peter Pan no matter what I do."

Kelly, just recently wowing fans with her unexpected and very flexible bedroom side splits, then broke down exactly what she does while keeping active and healthy.

The mom of three, a former ballerina, added: "I like to take AKT — which is cardio-based dance classes — about four to five days a week between 3 and 5 p.m. And I like to do SoulCycle on the weekends. In the summer, I like to run in Central Park because I think it’s so gorgeous."