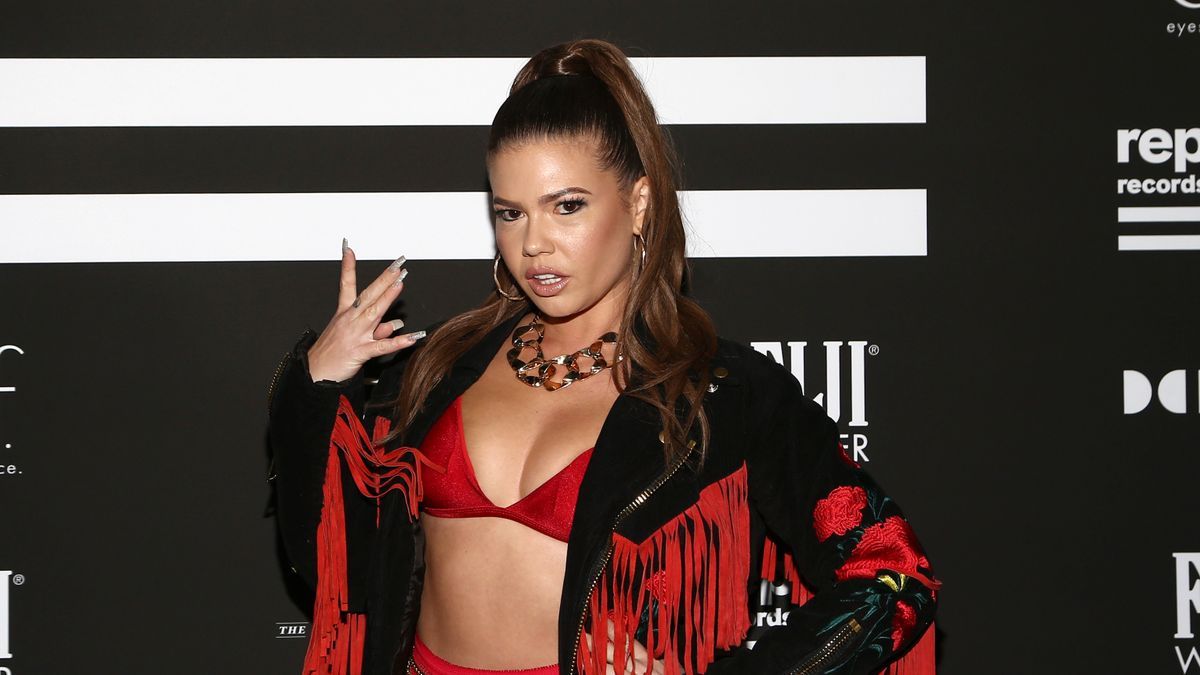 Rapper and television personality Chanel West Coast loves to show off her personality in bold ensembles, especially on stage, and she managed to do just that in her latest Instagram share. She stunned her 3.5 million followers with a series of snaps that showcased both the eye-catching outfit she wore to perform, as well as some of her backstage activities with friends, giving her audience a real glimpse into her world.

The pictures were taken at a performance in Savannah, according to a hashtag included in the caption. 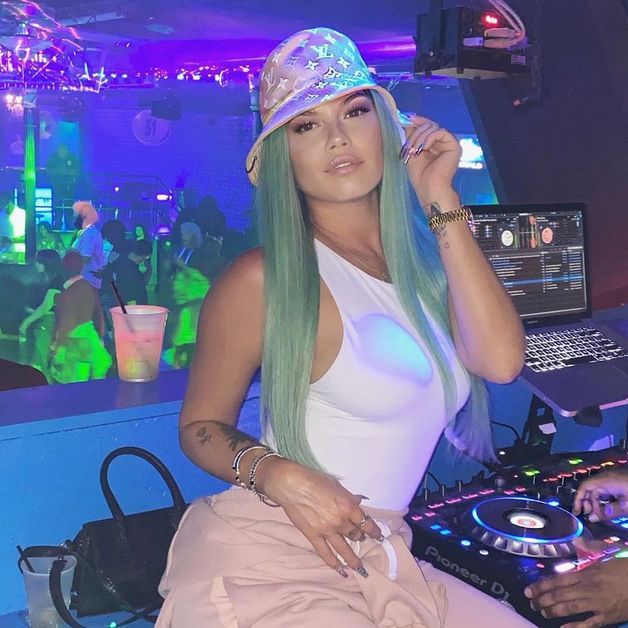 The images were captured by photographer Jordan Lang, and Chanel made sure to tag the photographer's own Instagram page in the caption of the post as well as in the first slide.

Chanel accentuated her curvaceous yet petite figure in a corset top that was embellished with all kinds of gems, sparkling in the dimmed light of the venue where she was performing. The garment dipped low in the front and cinched in her waist, leaving her shoulders bare. Two thin straps that could have attached to stockings dangled down her thighs, over top of her bottoms.

She paired the bold corset top with bottoms that had a much looser silhouette. The trousers were a dark fabric, although they were covered in different graphic patches and phrases, making them just as much of a statement piece.

Despite the daring ensemble, she still made sure to add a few accessories to finish off the look, including a watch on one wrist and bracelets on the other. She also wore a chunky chain necklace around her neck, which added an edgy vibe to the outfit.

Chanel's long locks were dyed a pastel hue, and styled in a middle part, the sleek tresses stumbling down her chest and back. The images were captured during her performance, and audience members were visible throughout the series of snaps.

In the first two image, she held a microphone up to her lips, but in the third, she had her arms raised in the air as she enjoyed performing. The alternate view also highlighted the back of her look, and showcased that the corset had a lace-up style back.

In one shot, she dropped it low and twerked in front of the audience, and in a few others, she blew out smoke plumes alongside some others backstage.

Her fans loved the daring update, and the post racked up over 43,100 likes within 16 hours of going live.

"Chanel you look so amazing gorgeous and beautiful in all of them," one fan wrote.

"So hot," another chimed in, followed by a string of flame emoji.

Earlier this month, as The Inquisitr reported, Chanel filled her Instagram audience in on the fact that she was planning a move to the east coast, Miami in particular. She even teased a potential name change, suggesting that her well-known moniker may need to be altered if she switches her home base.