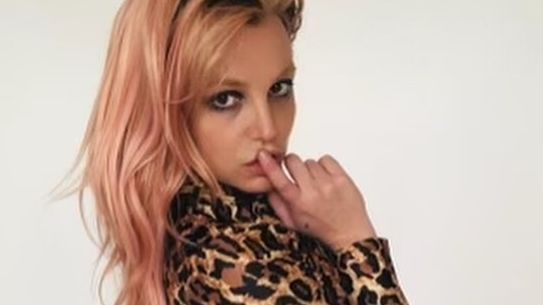 Britney Spears is delivering a strict warning as she thrills her 29.7 million Instagram followers in a skin-tight, cheetah-print catsuit. The 39-year-old pop princess, quiet on social media over Mother's Day this year, has made up for her silence with a slew of posts this week, with last night bringing both photos and a video of the Grammy winner flaunting her sensational figure in a bodysuit. Posting with miaoww energy, Britney was all bite, and the pink hair debut came much-welcomed. Check it out below.

Scroll for the photos and the video. Britney, who has been both shading the media amid Framing Britney Spears documentary and keeping her content light-hearted as she continues to battle 68-year-old dad Jamie Spears, had gone for the latter. The "Toxic" singer, all curves and shot indoors against a plain wall, posed for three photos in the long-sleeved catsuit, going shush in one photo, but playing naughty in the others.

Grimacing for a dramatic cat pose, the star even called herself "Miss Pussycat."

See The Photos Below! 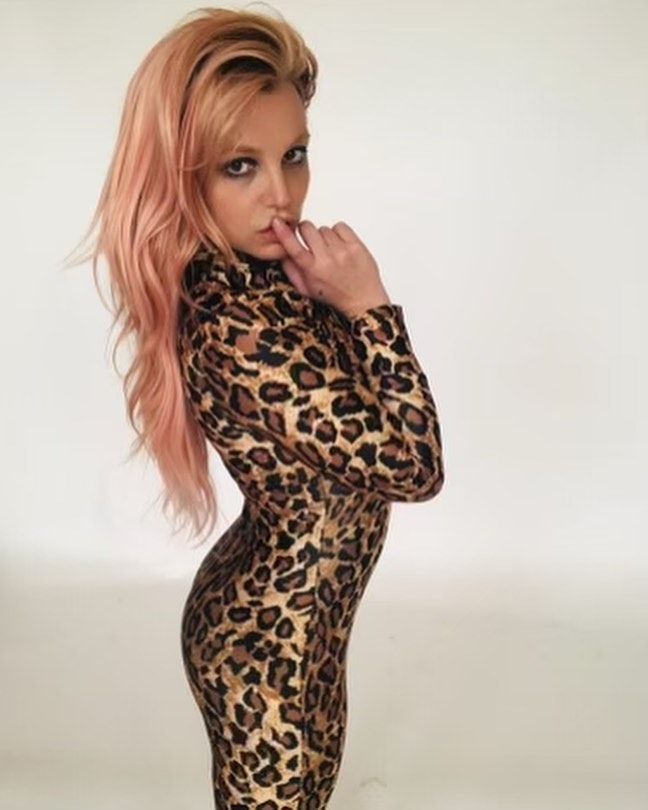 Britney, who has made headlines this past year for chopping off her signature long hair and adding in side bangs, was also showing off brand new pink-tinted hair, seemingly keeping up with pandemic trends. The mom of two took to her caption, telling fans:

Quick to follow was a video version of the animal-print look, one seeing the blonde in high heels and shaking her stuff as she wrote: "SHE WANTS TO MOVE 💃🏼💃🏼💃🏼 !!!!!"

Britney's Instagram, alleged by the #FreeBritney movement to be controlled by the star's team, has also been branching out into fitness and bikini action, with a recent post bringing a confession - Britney said she felt inadequate next to super-built personal trainer boyfriend Sam Asghari, 27. See the bikini post after the video.

Trying To Get 'In Shape'

Parading her killer body and rock-hard abs in both a bubblegum bikini and an orange one last month, the "Circus" singer said she tries to eat "clean" but sometimes cheats, also talking body goals.

"In the past two weeks I've said that's it ... I have got to get in shape considering my boyfriend's body is hotter than hot 🔥🔥🔥 !!!! I was like SH-T where the hell am I supposed to start," she wrote.

Asghari, meanwhile, is fresh from calling Britney his "Lioness" over Mother's Day as he shared a gorgeous kiss snap.