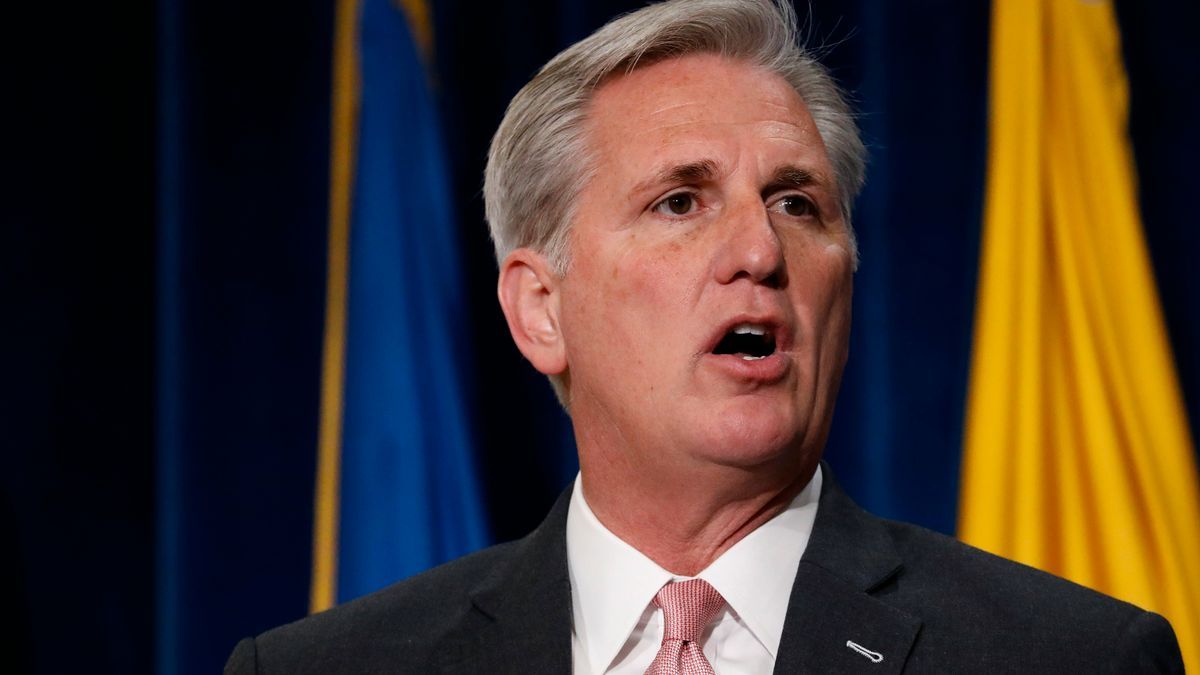 House Minority Leader Kevin McCarthy is facing criticism for allegedly failing to heed a warning about possible violence on January 6 — the day of the Capitol riot, Raw Story reported.

According to Republican Rep. Adam Kinzinger, he warned McCarthy that the words and actions of Republican Party lawmakers would fuel violence on January 6.

"A few days before Jan 6, our GOP members had a conference call," "I told Kevin that his words and our party's actions would lead to violence on January 6th. Kevin dismissively responded with 'ok Adam, operator next question.' And we got violence."

Many Are Now Taking Aim At McCarthy

"Kevin McCarthy is as responsible for what occurred on January 6th as Trump is," wrote one of McCarthy's challengers, actor Bruno Amato.

Amano called for McCarthy to be held accountable for the "lies" and deaths that took place on January 6.

"It's not that certain elected Republicans didn't know there could be an armed insurrection, it's that they didn't care," tweeted Citizens for Ethics.

Elsewhere, one user suggested that Republican lawmakers lied about the election for the specific purpose of increasing the likelihood of violence.

Calls For A January 6 Commission Continue In the wake of the revelation about McCarthy's warning, House Oversight chair Carolyn Maloney announced a Wednesday hearing that will spotlight lingering questions about the Capitol riot and the necessity of a commission into the attack on the historic American building.

Senate Minority Leader Mitch McConnell has suggested that such a commission should not be solely focused on the January 6 riot but on violence around America as a whole, per MSNBC.

McConnell called for a "balanced approach" and appears to be referring to violence stemming from civil rights protests last year.

McCarthy Clashed With Donald Trump Amid The Riot

As the Capitol was stormed on January 6, McCarthy allegedly got into a shouting match with Donald Trump, who CNN claimed was not taking the incident seriously.

"Well, Kevin, I guess these people are more upset about the election than you are," Trump alelgedly told McCarthy.

CNN claimed that McCarthy bergged Trump to call the rioters off. According to McCarthy, the rioters were supporters of the then-president.

"Who the f*k do you think you are talking to?" McCarthy said to Trump at one point during the clash.

Many Americans Have Been Charged For The riot

As of Friday, Yahoo News reported that 458 people have been charged due to participation in the events of January 6.

The FBI is still in the process of identifying people who took place in the storming of the Capitol and is seeking the public's help to do so.

"But since many rioters were allowed to walk free on January 6, it's taking some time to track them down," Yahoo News reported.

On January 12, Michael Sherwin, the acting U.S. attorney in Washington, D.C., revealed that he was expecting there to be hundreds of charges.