Abby Dowse Is A 'Wild Thang' In Open Jacket 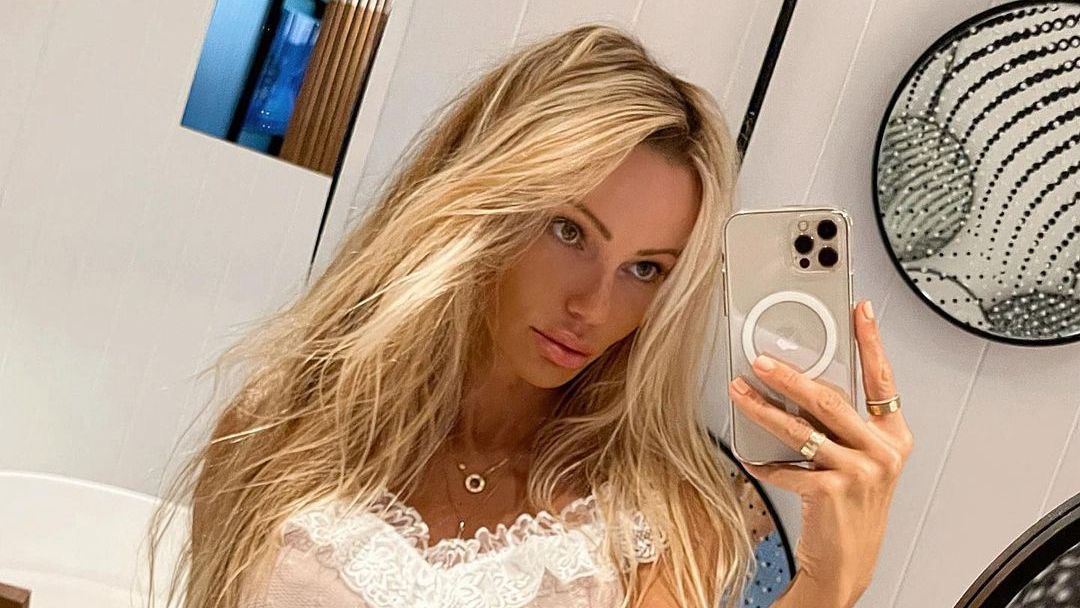 Abby Dowse was pantsless in a smoking-hot new photo added to her Instagram page on Friday, April 23. The model entered the weekend wearing nothing but an open jacket and a skimpy bikini, bringing some serious heat to the app with her sizzling curves.

The babe posed sideways for the sultry share, displaying her toned booty and sculpted legs. The tempting offering netted her about 38,550 likes and a little over 620 comments from her adorning fans. One glance at the pic is enough to see why followers are going crazy over this Aussie beauty, so check out the photo below.

Abby looked chic in a tie-dye denim jacket whose pastel-pink and black palette flattered her flawless tan. The number sported playful embroidery in the form of daisies and a smiley face, adding extra pizzazz to the look.

She paired it with a black two-piece swimsuit that complemented the garment, teasing a glimpse of the plunging neckline in the profile pose.

Abby exuded sensuality as she peered into the camera with an intense gaze and seductively parted lips. She leaned her elbow on a wall and bent her knee, raising her foot in a pin-up-inspired pose that gave fans a peek at her stylish black kicks.  Her messy locks spilled down her back in tousled curls, brushing over her cheeks and highlighting her gorgeous facial features.

Fans Are Blown Away

The suggestive photo was a big hit with Abby's adoring fans, many of whom were left speechless by the hot look and turned to emoji to express their adoration. Countless others dropped gushing messages under the post in which they complimented her fierce figure, including a slew of fellow models, such as Dasha Mart, Nina Serebrova, Laura Amy, Sarah Houchens, and Katie Salmon.

Abby flirtatiously dubbed herself a "wild thang" in the caption and added a cheeky devil emoji.

"Wild thang, u move me, wild thang u make my heart sing," one fan filled in the lyrics of The Troggs's famous 1966 song.

"You make heart sing," wrote another user, followed by some musical notes.

Abby thrilled her audience with the front view of her scanty attire in a follow-up selfie that saw her soaking up some sun on a balcony. The 31-year-old gave fans a better look at her leather bikini as she sat on a rattan bed with her legs wide open, reeling in 43,000 likes.

The picture revealed the plummeting neckline and low-dipping waistline of her swimsuit, which was decorated with metallic lettering along the side straps and the middle of her top. The details spelled out the words "Bad Girl," which Abby incorporated into her caption.

Three Is A Set!

The Aussie hottie even shared a third snap in which she faced the camera with a smoldering stare as she held the jacket open with both hands to show off her bathing suit.

Abby credited the outfit to Dolls Kill, tagging the brand in all three posts.

"She a lil baddie," the social media star captioned her final update of the series, which portrayed her standing with her thighs apart and spotlighted her hourglass shape. Added to Instagram on April 24, that upload has since racked up 47,480 likes.