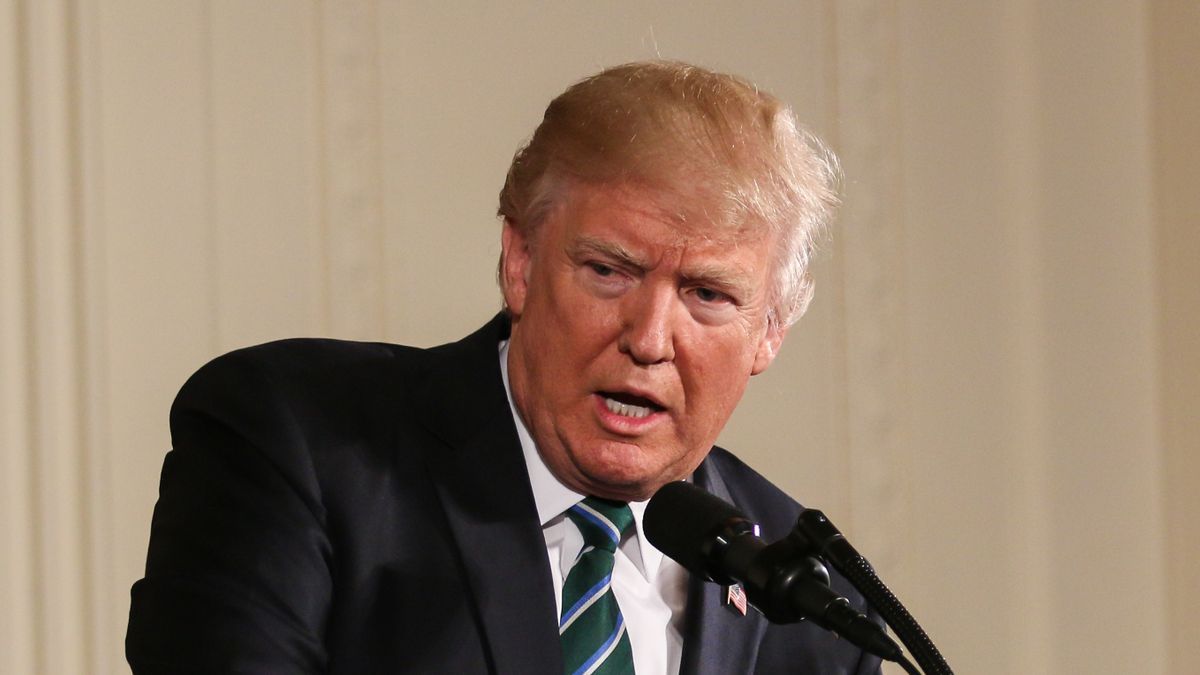 Trump made it clear that he still believes he should have won the 2020 presidential election against Democrat Joe Biden, alleging widespread voter fraud.

There is no evidence that Biden won thanks to fraud. Courts across the United States have rejected dozens of lawsuits filed by Trump and his allies due to a lack of evidence.

Still, Republican legislators in Arizona have been pushing for an election audit in that state.

"Why are the Democrats so desperate to stop this Election Fraud from being revealed? That answer is obvious!" Trump said in his Friday statement, according to The Hill, before ripping into Ducey for apparently failing to help Arizona Republicans.

"The Governor of Arizona, Doug Ducey, has been shockingly of zero help to the State Senate. He wants to ‘pretend’ the election was free and fair," he continued.

"What are he and the Maricopa County Commissioners trying to hide?" the former commander-in-chief asked, maintaining that an audit is necessary to determine if there was voter fraud.

In his Saturday statement, Trump reasserted that Ducey will be held accountable if he doesn't "act"

"The Republican Party is demanding that Governor Ducey of Arizona immediately provide large-scale security for the brave American Patriots doing the Forensic Audit of the 2020 Presidential Election. Governor Ducey will be held fully responsible for the safety of those involved."

"State police or National Guard must be immediately sent out for protection. The Democrats do not want to have this information revealed, and they will do anything to stop it. Governor Ducey must finally act!" Trump stressed.

As The Hill noted, the relationship between Trump and Ducey took a turn for the worse in November, when the governor certified Biden's victory in Arizona.

Ducey faced intense criticism for his decision and was censured by the Arizona GOP.

In January, Ducey took aim at Trump, saying that he is responsible for the January 6 riots at the U.S. Capitol.

The riots broke out after a group of Trump supporters stormed the Capitol building in an effort to overturn the results of the 2020 presidential race.

According to The Associated Press, Arizona Republicans have hired a cybersecurity firm called Cyber Ninjas to audit the election. The firm reportedly has no election experience and is owned by an individual who frequently shares conspiracy theories on social media.

The audit includes a recount of votes in Maricopa County, which is home to the city of Phoenix. Democrats initially sought to stop the audit, but gave up after a judge ordered them to pay a $1 million bond.