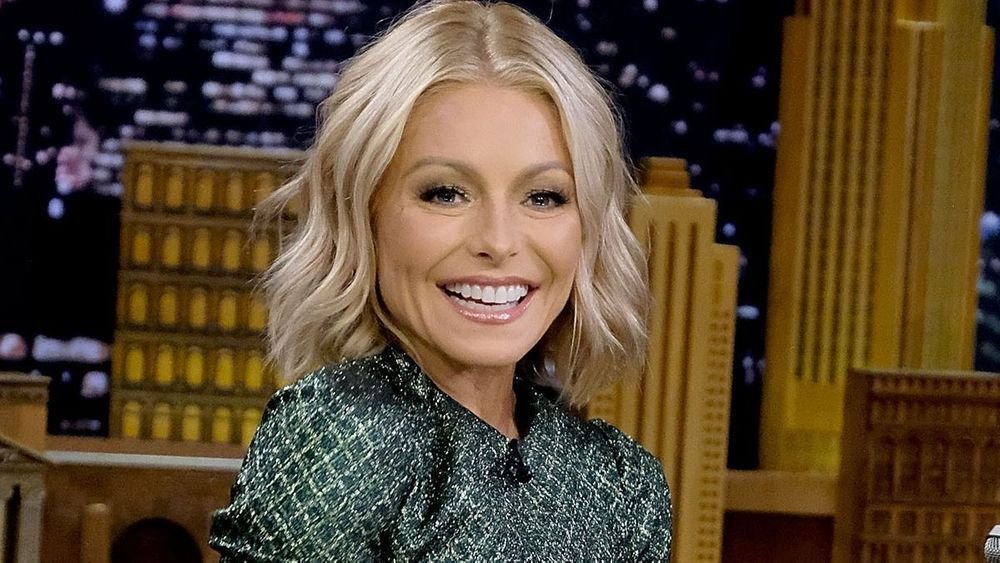 Kelly Ripa just can't stop winning, and she's doing it as Dorothy from The Wizard of Oz this time. The 50-year-old talk show queen was today an absolute dead-ringer for one of the entertainment industry's most-iconic characters, with a video posted to Live! With Kelly and Ryan's Instagram showing a little #AfterOscar action with a lot to look at. Kelly, who is known for appearing on the syndicated series in her chic designer skirts and blouses, was all peasant dress in this video, and fans are loving it.

Not Her Usual Look

Scroll for the video, one that comes as the show makes headlines overall - it's been welcoming a new team addition, with media face Deja Vu now gracing DJ decks on a daily basis as the series' new announcer.

On Friday, Kelly looked very different. The blonde was not blonde, her hair was in pigtails, and she was wearing a super-cute, traditional, and white Dorothy dress as she held someone fans are likely familiar with. Kelly was cuddling pandemic-adopted dog Lena, with producer Michael Gelman seen as the wizard.

Tiptoeing around the set, which had been decked out, Kelly delivered her best Dorothy impression, and it was quite something from a star who's now 50 and was absolutely pulling off being no more than 20. Kelly even wore cute hair ties to match her cute dress. A caption from the show told fans:

"Gelman was pretty good too! Lol!" a fan quickly replied. See more photos after the video.

The show has been ramping up action for its Pre-Oscars Celebration, even partnering up with popular beverage Dr. Pepper. Also featured has been 46-year-old co-host Ryan Seacest. "This is the best!" a fan replied, saying they were laughing "so hard I'm crying."

Kelly has been making other headlines, though. Just yesterday, the pint-sized blonde wowed her 2.9 million Instagram followers with a jaw-dropping black swimsuit shot as she celebrated Earth Day poolside with 1996-married husband Mark Consuelos. Scroll for more photos below.

Buzz over whether Kelly will stay on the show she's hosted since 2001 continues, and it peaked last year when the star turned 50. Speaking to Parade, Kelly revealed she's got other stuff up her sleeve, revealing that her days on morning TV might be numbered.

“I’ve been writing a lot, so my goal ultimately would be to eventually get off camera and start working behind the camera more in that creative aspect because I really do enjoy the writing process so much,” she said.