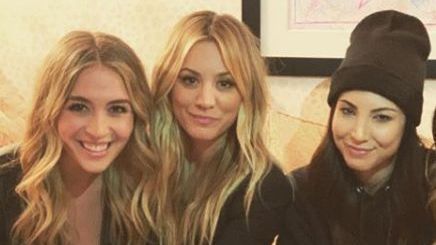 Kaley Cuoco and her little sister Briana are turning heads with a jaw-dropping home workout session while in skimpy spandex. The Big Bang Theory actress, 35, and her 32-year-old sister today dropped the mother of all sweat sessions on Instagram, appearing via Kaley's stories and from the blonde's $12 million Hidden Hills estate. Bri, who has spent large chunks of the pandemic in quarantine with her super-famous sister, was all twinning spandex action with Kaley, and it was a very active and varied affair. Check it out below.

Workout Queens Back At It 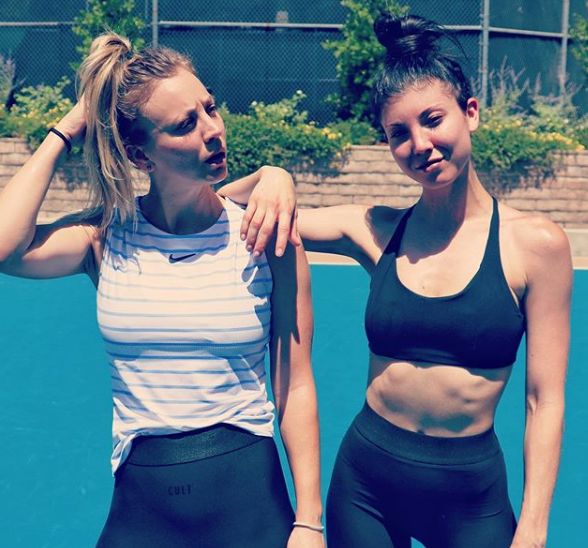 Scroll for the video. Kaley and Bri made headlines for the above photo in 2020 as they jointly burned their calories, with today seeing the two-some back with Kaley's trainer Ryan Sorensen. Kaley and Bri, both wearing super-tight black leggings and matching sports bras, were twinning from their spandex to their sneakers, with footage seeing them balancing on blocks and with kettlebells, plus including a little cardio.

Kaley, posting for her 6.7 million Instagram followers, even included a post-workout vacuum session.

See Them Working Out!

Kaley, who has admitted to missing group exercise sessions over the pandemic, wrote: "RISE AND GRIND" for her stories, ones that also featured her solo and rope-training. The girl behind Penny, who eats the "same little bit of peanut butter" on toast every morning, is also a big-time yoga queen, but she discovered yoga via an admission that she hates running.

"I tried spinning, I tried running, I tried Pilates. I realized I don't like running ... I refuse to do it," the star told Women's Health.

The star, making 2020 headlines for a masked indoor workout that wound up with her shamed for masking up inside, also speaks for herself.

Kaley was in NYC and shooting the end of The Flight Attendant last year when she was shamed for working out indoors and wearing a mask. Clapping back and explaining her mindset, Kaley wrote: