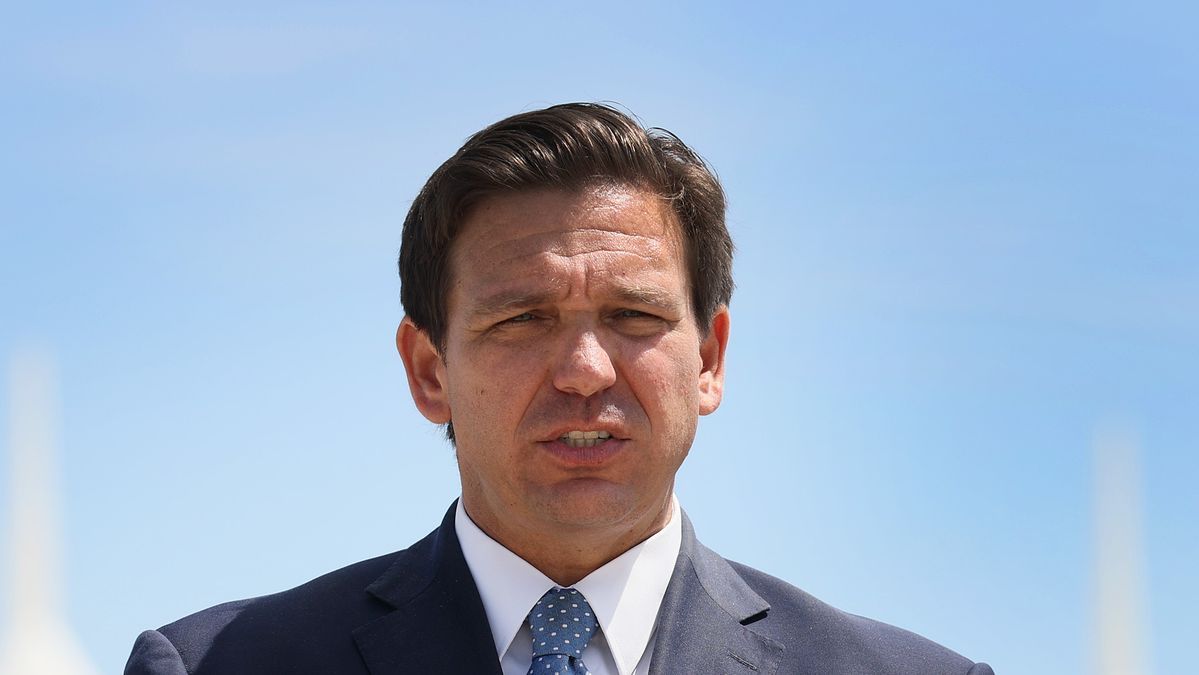 In an interview with Fox News on Sunday, Republican Florida Gov. Ron DeSantis blamed President Joe Biden for the "catastrophe" at the U.S.-Mexico border.

Speaking with Sunday Morning Features host Maria Bartiromo, DeSantis argued that there is a record surge in migrants at the southern border because Biden dismantled his predecessor Donald Trump's immigration policies.

Biden has already reversed a number of Trump's immigration policies.

Notably, he halted the construction of Trump's border wall and ended the so-called remain in Mexico policy, which allowed border patrol to expel asylum seekers from the United States.

"I think from really top to bottom… Biden has failed on dealing with illegal immigration and rule of law."

Biden conceded this week that there is a "crisis" at the border and suggested that authorities are having a hard time dealing with the influx of migrants, per The New York Post.

In addition, Biden temporarily retained Trump's 15,000-person cap on refugee admissions, but later signed an order to raise it.

DeSantis also discussed Biden's effort to rein in Immigration and Customs Enforcement (ICE), claiming that the president is "no longer honoring ICE detainers."

Under Trump, DeSantis said, a criminal undocumented immigrant would serve their sentence in the U.S. and then be sent back to their own country.

"Instead, under Biden’s administration, they’re no longer honoring these ICE detainers, they’re withdrawing the detainers so you have a criminal alien that is convicted, maybe they served five years in state prison for a serious felony, ICE is effectively releasing them back into our communities," the Florida governor claimed.

Last month, the Florida attorney general filed a lawsuit against the Biden administration, alleging that its ICE guidance puts American citizens in danger.

The lawsuit also claims that there have been multiple documented instances of ICE refusing to take custody of convicted criminals, including those convicted of drug trafficking and burglary.

DeSantis told Fox News that he hopes to win an injunction, but noted that "it is hard to know" when there will be a decision on the lawsuit and predicted the Biden administration would appeal it.

As reported by Bloomberg, Republican lawmakers have been pressuring Biden to take action. A group of GOP senators recently visited the southern border and urged he president to reinstate Trump's immigration policy.

Trump has also commented on the crisis. In an interview last month, he promised to visit the border and blasted Biden for reversing his policies.

According to Trump, the Mexican government is "very angry" at the United States and Biden doesn't have a good relationship with the country's president, Andres Manuel Lopez Obrador.