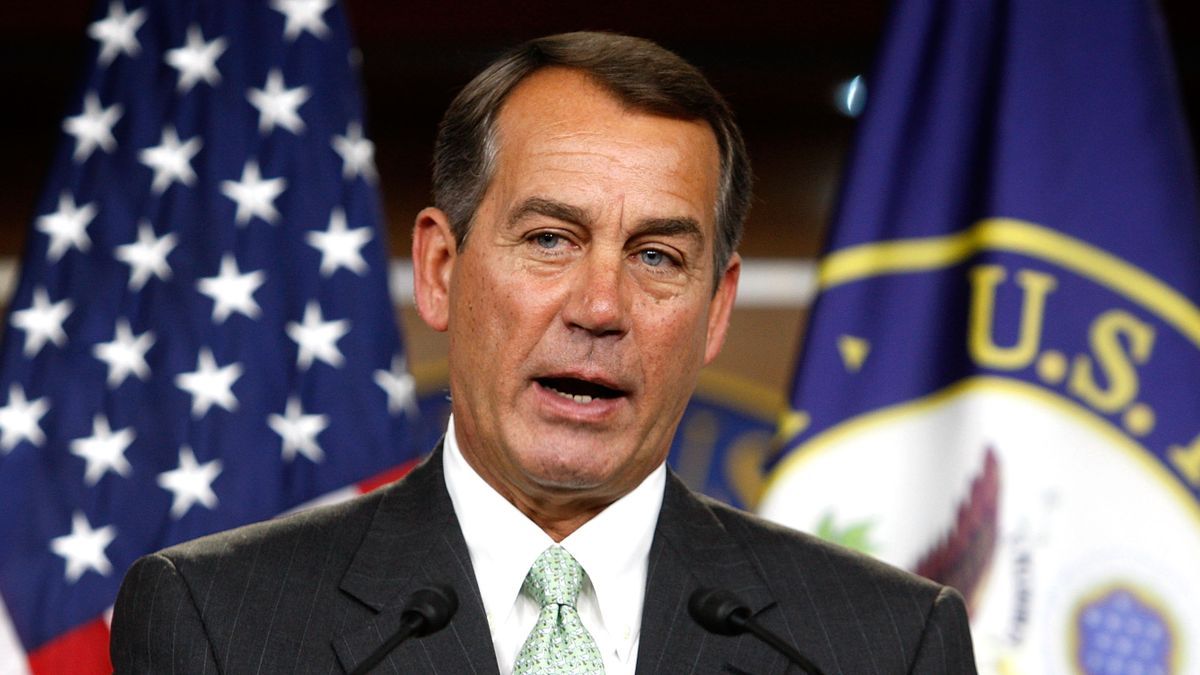 In an interview with NBC on Sunday, former Republican Speaker of the House of Representatives John Boehner said that he would never even consider running for office again.

Boehner appeared on Meet the Press and repeatedly told host Chuck Todd that he isn't even thinking about seeking office.

At one point in the interview, Boehner called Todd a "sh*t" for asking whether he would consider a return to politics.

As The Hill noted, Boehner has spent the past several weeks speaking in public and giving interviews, promoting his new book, On The House.

"I’d rather set myself on fire than run for office again," Boehner said when asked whether he would consider seeking office at some point in the future.

"Ya know the only reason I asked that question is because I expected an answer just like that, anyway," Todd replied, laughing.

Todd apparently took this as a compliment.

"I assume I'm getting that as a compliment. I'll take that as a backhanded compliment," he replied.

Elsewhere in the interview, Boehner weighed in on the current state of the Republican Party.

The former Republican lawmaker described the attempts to form an America First Caucus as "one of the nuttiest things I've ever seen."

As The Inquisitr reported, a group of lawmakers has sought to form what is being described as a nativist caucus to fight for the MAGA agenda in the U.S. Congress.

In his book -- excerpts of which have been published online -- Boehner writes that "crazy" forces are taking over the Republican Party and denounces former President Donald Trump.

Boehner voted for Trump in the 2020 presidential election, but he has repeatedly slammed the former president for trying to overturn the results of the race.

In an interview last week, the former Republican congressman said that Trump "stepped all over" his supporters by lying to them that Democrat Joe Biden won thanks to widespread voter fraud.

In an interview with Time earlier this month, Boehner described the rise of Trump as a product of "chaos." Still, Boehner said that he supported most of Trump's policies and praised the former president for appointing conservative justices to the Supreme Court.

The former House speaker also compared the progressive wing of the Democratic Party to the Tea Party, suggesting that the "far-left" and the "far-right" use similar tactics to advance their agenda.

According to Boehner, there are "nutty" politicians in both parties.