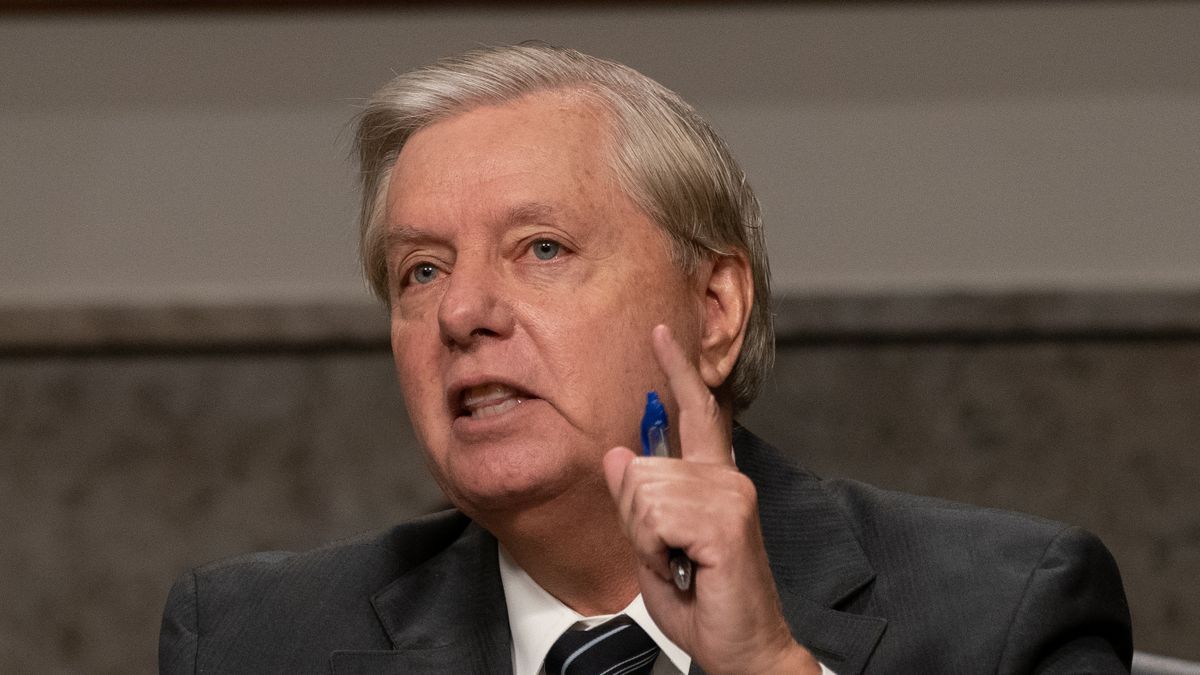 In an interview with Fox News on Saturday evening, Republican Sen. Lindsey Graham of South Carolina ripped into President Joe Biden and the Democratic Party.

Speaking with host Jeanine Pirro, Graham claimed that the Biden administration is "clueless" when it comes to immigration and foreign policy.

"I’ve never been more worried than I am now about the world at large," Graham said, pointing to Russia's attempts to destabilize Ukraine, China's aggression toward Taiwan and the situation in Afghanistan.

According to Graham, Biden "has created a lot of instability in a very short period of time and if he doesn’t change his policies on the border, the worst is yet to come."

"If he doesn’t get tougher with the Iranians, they’re going to have a bomb before you know it," the senator added, describing the Biden administration as "clueless."

"I'm really worried about the world under the Biden administration. They’re clueless, in my view, in terms of the threats we face at the border and abroad."

For weeks, Republican lawmakers have been blasting Biden for the situation at the U.S.-Mexico border, accusing the administration of incentivizing illegal border crossings and calling for stricter immigration policies.

On Saturday, as The New York Post reported, Biden for the first time since taking office described what's going on at the southern border as a "crisis."

Speaking with a group of reporters, the president promised to increase the number of refugees allowed into the country, but noted that the "crisis" at the border needs to be addressed first.

Graham also weighed in on the allegations that Biden and his Democratic allies are looking to pack the Supreme Court and increase the number of justices.

"They want to turn the court upside-down to pack it with liberals because they don’t like the makeup of the court," Graham told Pirro, suggesting that any changes to the Supreme Court would set a dangerous precedent.

"So, this is a very dramatic, bold move, and I’ll do everything in my power to stop it in the Senate because it would destroy the Supreme Court as we know it," the South Carolina Republican added.

In the face of multiple political crises, Biden's approval rating has held steady. In the latest Pew Research Center poll, for instance, 59 percent of respondents said they approve of his performance in the White House.

A slew of Republican senators -- including John Thune of South Dakota and Mike Braun of Indiana -- recently conceded that their attacks on Biden aren't landing.

According to the senators, Biden is popular and well-liked because he has shown a willingness to spend heavily, passing a massive coronavirus relief bill and working on an ambitious infrastructure package.