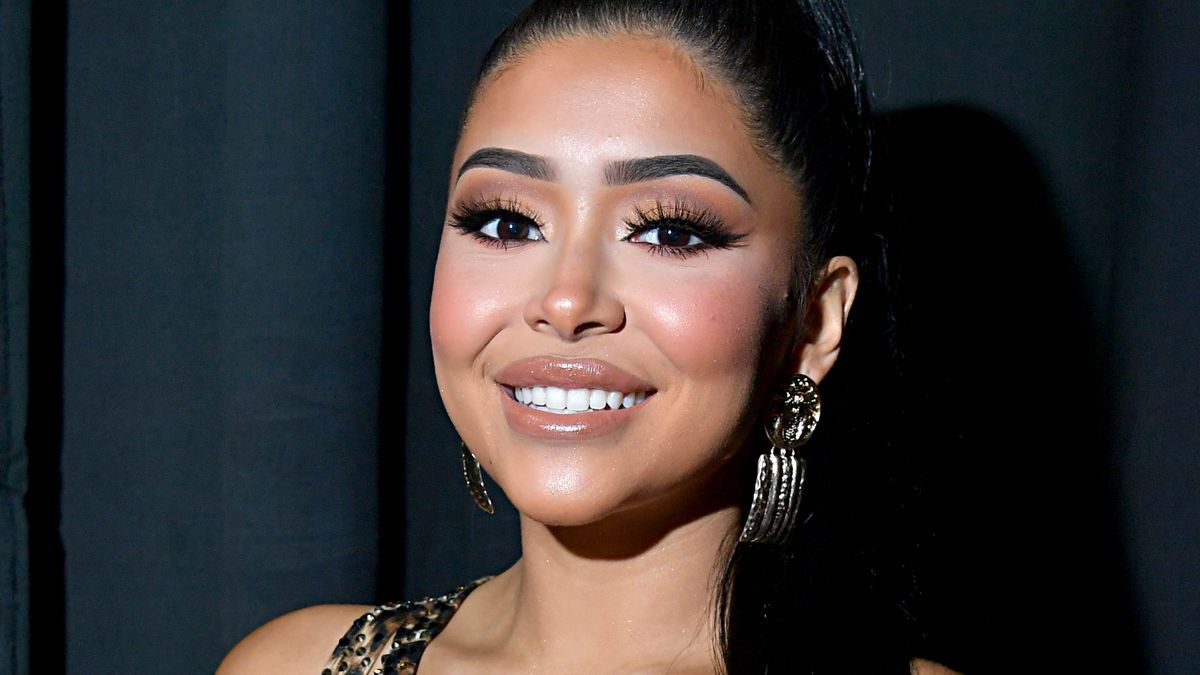 Social media sensation Daisy Marquez stunned many of her 1.6 million Instagram followers on Friday when she uploaded a red-hot photo of herself in Savage X Fenty lingerie.

The makeup artist, who boasts 1.49 million followers on YouTube, exuded bridal vibes in a white set that flattered her sexy hourglass figure. She rocked a semi-sheer corset that closed in the front and minuscule lace bottoms which were fully visible through the gauzy fabric.

"Please marry me," one enamored fan proposed fittingly with the theme of the post, giving the cue for several others to offer Daisy marriage.

Daisy exuded elegance and sex appeal in the gossamer corset, which accentuated her supple waist and left plenty of cleavage on show. It was adorned with a subtle print that resembled delicate tendrils, giving it an ethereal look.

The brunette beauty's perky assets were highlighted by a set of balconette cups trimmed with frilled tulle. A coquettish bow decorated the middle, drawing attention to the push-up design.

The corset was see-through from the chest down and covered most of her hip. Thick busks emphasized her lean silhouette, while metallic hook-and-eye closures added texture to the piece.

The eye-catching top was from the new Savage X Bridal drop, as indicated on the brand's Instagram page. The piece had incorporated garters that ran down her leg, further drawing the eye to her voluptuous curves.

Daisy accessorized with chic black-frame glasses in a wayfarer style. She added a pop of color by painting her nails turquoise and rocked hoop earrings that provided just the right amount of bling.

She styled her luscious raven tresses into a half-ponytail, swiping her bangs to the side and brushing her hair over her shoulders.

The Mexican hottie gave off honeymoon vibes as she posed on a bed covered in white satin sheets. She sat on the edge of the mattress, leaning her hands back as she stared into the distance with an absorbed glance.

The photo cut off at mid-thigh, maintaining the focus on her sinuous attributes rather than on her sculpted pins. Aside from the sumptuous bed sheets, the interior featured a simple, rustic style that added a pleasant contrast to her elegant look

The thrilling snap was a big hit with Daisy's following, reeling in 100,000 likes overnight.

Many of her online admirers and fellow influencers, such as Isabella Buscemi, Nazanin Kavari, Amra Olević Reyes, and Lydia Barakat, dropped gushing messages in the comments section of the post. Other fans decided that a trail of emoji was enough to express their admiration.

"Ahhh you and glasses is [sic] just WOW!!!" raved one follower.

"You look so good in everything," declared a second devotee.

"Seriously why do u just pop off like this and make me regret even existing," quipped a third Instagrammer.