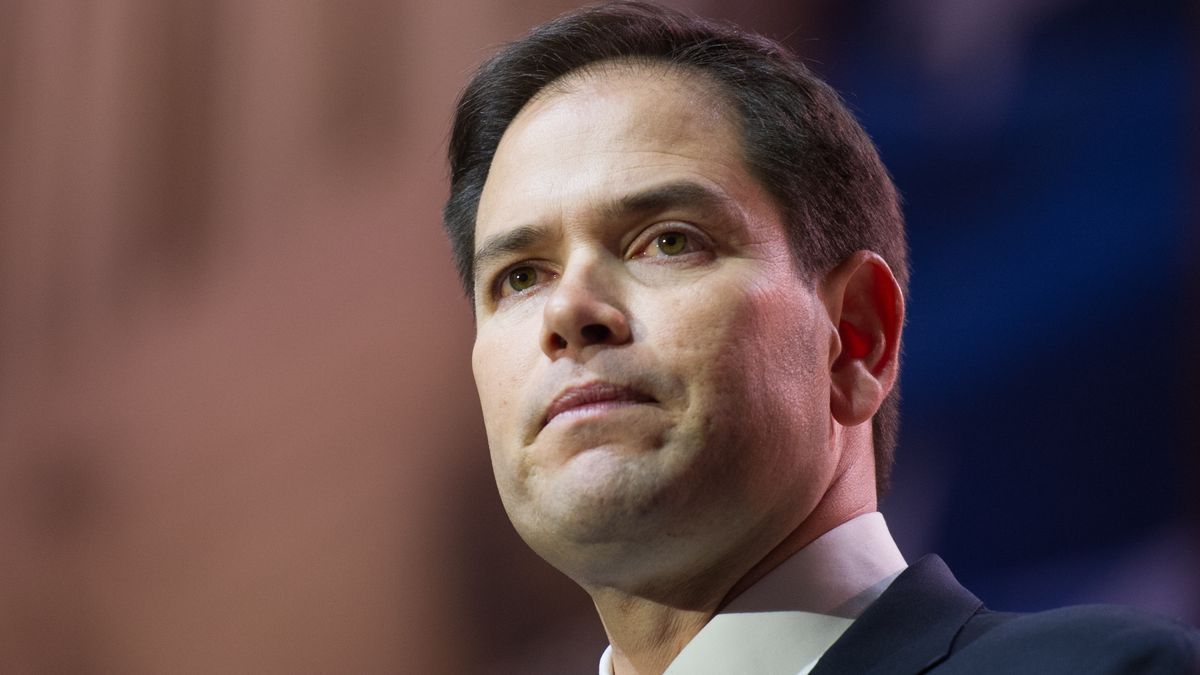 In an interview on Wednesday evening, Republican Sen. Marco Rubio of Florida said that he believes former President Donald Trump would win the Republican presidential nomination if he ran for office in 2024.

Speaking with Newsmax host Greg Kelly, Rubio pointed out that Trump is by far the most popular GOP politician in the United States and suggested that no Republican would be able to beat him in an election.

Trump has made it clear that he intends to play a role in conservative politics for years to come.

Stressing that Trump is "the most popular and most influential Republican in America," Rubio said that he would not not dare to compete against him.

"If he decides to run for the president and the nomination, he's going to be the party's nominee. That's the way I see it."

Former U.S. ambassador to the United Nations Nikki Haley -- who is widely seen as one of the rising stars in the Republican Party -- said the same earlier this week, noting that she would support Trump's 2024 bid.

Rubio pointed out that Trump still hasn't made a decision on running for the White House in 2024, but said that every Republican knows he would easily win the nomination.

"It's still a long way down the road, but if Donald Trump decides to run in 2024 again, he's going to be the Republican nominee, and I think almost everyone that I've talked to would agree with that," he said.

The Florida senator also noted that he "worked very well together with the Trump White House and the president."

As The Inquisitr reported, Trump endorsed Rubio for reelection last week, describing him as "a tireless advocate for the people of Florida."

Rubio -- who was first elected to the Senate in 2010 -- told Newsmax that he is grateful for the former president's support and described his endorsement as "extra-special."

"This is an extra-special endorsement because he's a resident and voter in Florida. So, I don't just need his endorsement, I need his vote and the votes of all his family who are also moving to Florida," the senator said.

Polling suggests that Rubio is right and Trump would almost certainly win the 2024 Republican nomination.

For instance, in a February survey from Morning Consult, 54 percent of Republican voters said they would vote for Trump in 2024.

The poll was conducted following Trump's acquittal in the Senate's impeachment trial.