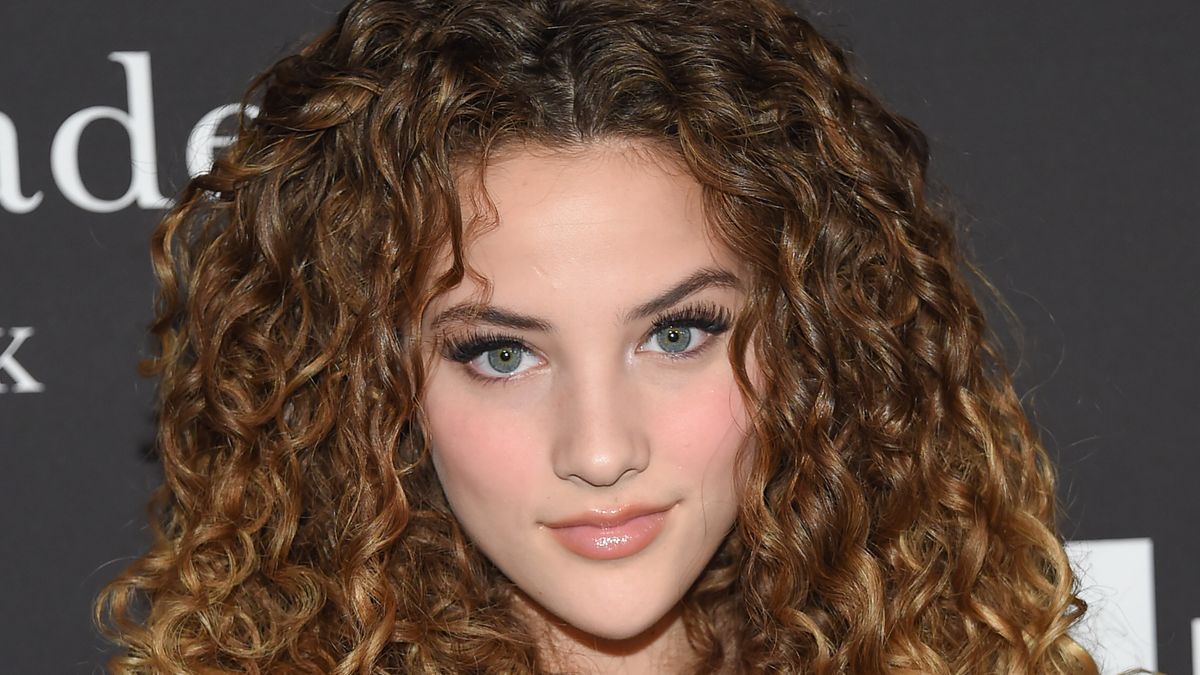 Sofie Dossi rocked a bikini that paid tribute to a ferocious feline species during a trip to the Bahamas. However, the wildlife she encountered were of the porcine variety.

The former America's Got Talent competitor usually dazzles her Instagram followers by showing off her incredible contortion skills, but she wasn't twisted into a pretzel while she fed a few happy pigs some healthy treats. Instead, she stood in knee-deep water as she kept a watchful eye on her hungry companions. Scroll down to check them out!

Sofie, 19, is so flexible that some of her fans are convinced that she doesn't have a spine. This is obviously untrue, but the talented performer works hard to make it seem as though the bones in her back are missing.

The results of her hard work were evident as she totally rocked a leopard-print bikini. It was a stringy style with a tie top, triangle cups, and tieless adjustable bottoms. Sofie wore her thick curls brushed over to one side, and a few of her springy locks were getting blown around by the wind.

Sofie was joined by at least five massive pigs of various colors. She and her pals were wading in crystal-clear water, and a beach could be seen in the background. In a previous post, Sofie revealed that she was vacationing in the Bahamas. This means that her photos were likely taken in an area known as "Pig Beach," or Big Major Cay in the Exumas. It's been theorized that the beach's famous swimming pigs are the descendants of lucky livestock that survived a shipwreck and adapted to island life.

The Pigs Can Be Dangerous

The swimming swine are a huge tourist attraction, but Sofie seemed to be the attraction in their eyes. This is because she was holding what appeared to be a handful of carrot sticks. It's not uncommon for the pigs to get meals from tourists who want to get closer to them, and Sofie's friends were clearly not afraid of her at all.

However, the pigs can get a little too friendly, as fitness model Michelle Lewin found out. When she was vacationing in the Bahamas in 2019, one of the animals bit her on the butt cheek. The scary encounter was captured on video.

Sofie did have her own backside dangerously close to the heads of a few of the pigs, but she seemingly survived her encounter unscathed. She tagged the Powerboat Adventures tour company to reveal how she reached Pig Beach.

Sofie gave her followers an "oink oink" in her caption, which prompted her fellow TikTok star, Hootie Hurley, to joke that she "fit right in."

"It’s Peppa Pig! 😂 can’t wait for the next video," read another response to her post.

"Only time I ever wanted to be a pig," a third fan wrote.

Sofie was also described as a "real-life Moana," and many of her followers congratulated her on reaching six million subscribers on YouTube.