Regardless of the outcome of the 2020-21 NBA season, the Los Angeles Lakers are still expected to be one of the most active teams on the market in the 2021 offseason. Though they are still considered as one of the heavy favorites to fully dominate the loaded Western Conference and bring home the Larry O'Brien Trophy, the Lakers are far from perfect and still have plenty of issues that they need to address on their team, including their dismal three-point shooting.

One of the possible solutions to the Lakers' problem is targeting Washington Wizards small forward Davis Bertans in the 2021 offseason. 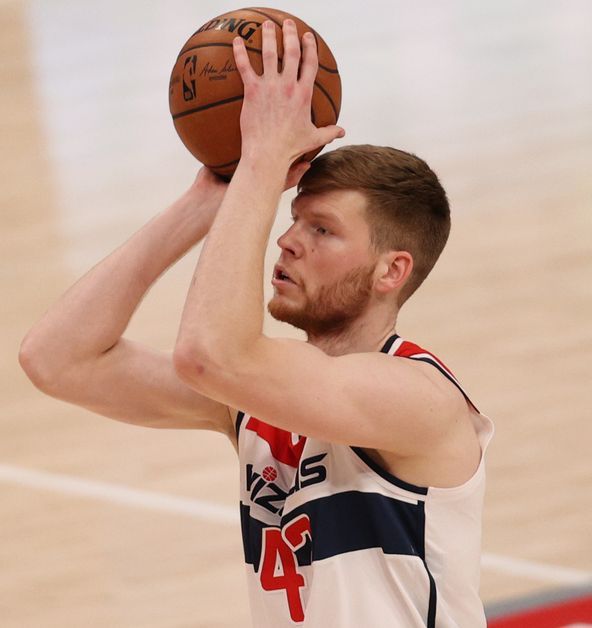 In a recent article, Greg Patuto of NBA Analysis Network came up with a blockbuster trade idea that would enable the Lakers to acquire Bertans from the Wizards in the 2021 offseason. In the proposed trade scenario, the Lakers would be sending a package that includes Montrezl Harrell and Kentavious Caldwell-Pope to the Wizards in exchange for Bertans, Thomas Bryant, a 2023 second-round pick, and a 2024 second-round pick.

If the trade would push through, Patuto believes that it would help the Lakers and the Wizards in filling up the needs to improve on their roster.

Trading for Bertans would come with a risk for the Lakers. Aside from their need to give up two essential members of their rotation in Harrell and Caldwell-Pope, his contract would also remain on their books until the 2024-25 NBA season. However, if he could quickly familiarize himself with Coach Frank Vogel's system, Bertans would be an incredible addition to the Purple and Gold.

With his three-point shooting skills and ability to excel in an off-ball capacity, he would be the perfect complement to the Lakers' superstar duo of James and Davis.

Meanwhile, for the Wizards, Patuto believes that the potential deal with the Lakers is more about obtaining financial flexibility while they remain undecided on the future of Bradley Beal and Russell Westbrook in Washington.

"Bertans has a large contract that he signed in the offseason. This would be a chance to dump that contract and take a short-term option in Harrell. The big man has just one year left on his deal. This means Washington would open up a lot of cap room and have a chance to add some more players."

While they aren't expected to stay long-term in Washington, Harrell and KCP could actually help the Wizards become a more competitive team in the 2021-22 NBA season. If they perform well next year, the Wizards could easily flip the two veterans into young players or future draft assets before the 2022 trade deadline.