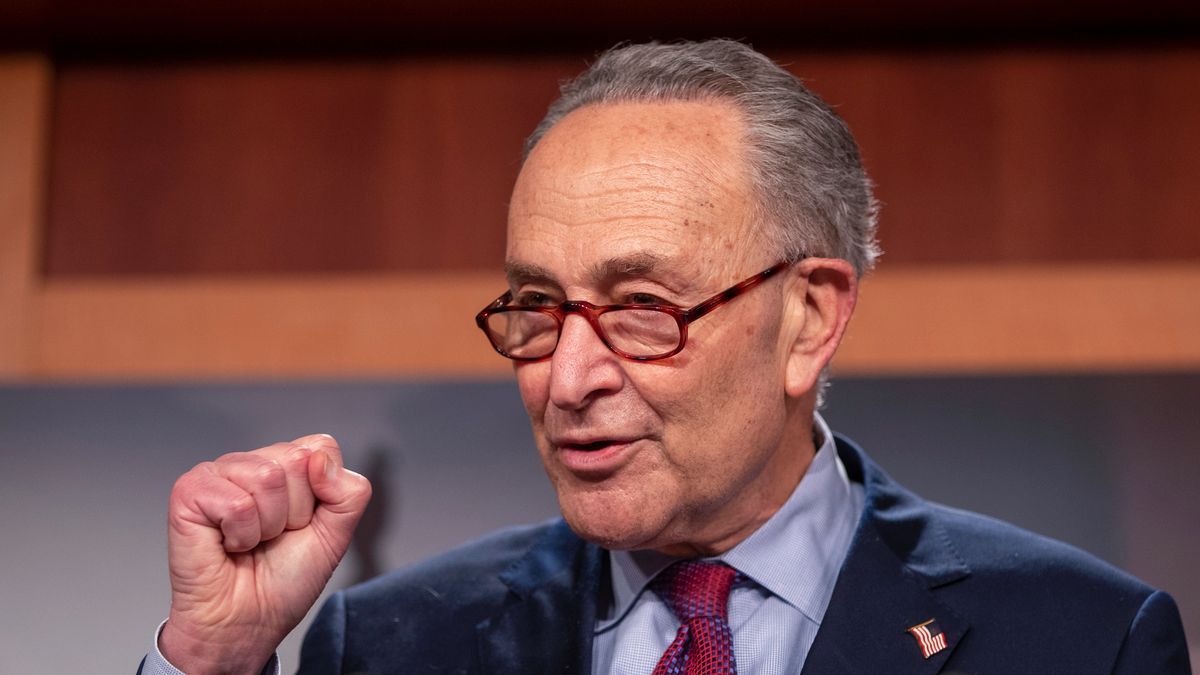 In an interview with Politico published on Saturday, Senate Majority Leader Chuck Schumer discussed legalizing marijuana on the federal level.

Democrats control the White House, the House of Representatives and the Senate, but President Joe Biden has long opposed legalizing recreational drugs.

According to Schumer, the time has come to legalize the substance and Democrats in the Senate will move to do so, with or without Biden's support.

"I want to make my arguments to him, as many other advocates will. But at some point we're going to move forward, period," Schumer said.

Schumer told Politico that he was the fist top Democrat to support federal legalization of cannabis in 2018. He explained that he decided to support the initiative after realizing that it "worked out remarkably well" in some states.

"The parade of horribles never came about, and people got more freedom. And people in those states seem very happy," Schumer said.

"I think the American people started speaking with a clear message -- more than two to one — that they want the law changed," he added.

Schumer said that he hopes Biden's views on marijuana will evolve and noted that the president is "studying the issue."

"I respect that. I certainly will have an ongoing conversation with him, and tell him how my views evolved. And hope that his will to," Schumer said, stressing that the Senate will move to legalize marijuana whether Biden changes his mind or not.

He also said that cannabis legislation will most likely include comprehensive banking reform, though it remains unclear if the SAFE Banking Act would pass the Senate.

Much like Biden, Senate Minority Leader Mitch McConnell has long opposed marijuana legalization. But that doesn't mean Republican senators wouldn't vote for the bill, according to Schumer, who said that he would like to move forward with the legislation in a bipartisan way.

"What we want to do is first introduce our comprehensive bill, and then start sitting down with people who are not for this in both parties, and A) try to educate them, B) see what their objections are," Schumer stated.

New York will expunge the criminal records of individuals with marijuana-related convictions and New Yorkers possessing up to 3 ounces of marijuana will no longer be prosecuted.

The law will also allow the use of marijuana in public spaces and, according to Gov. Andrew Cuomo, the state will collect about $300 million in annual tax revenues within a few years.