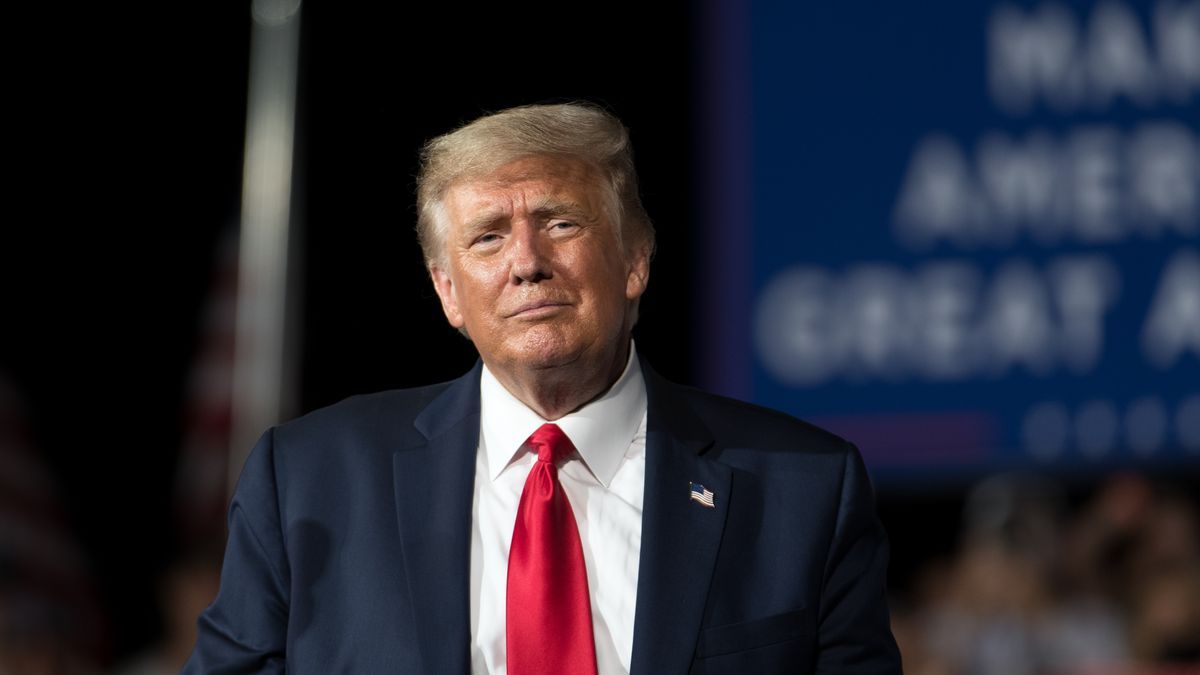 On Thursday, President Joe Biden held his first press conference since assuming the presidency and answered questions on issues ranging from foreign policy to immigration, the Senate filibuster and gun control.

In an interview with Fox News later that day, former President Donald Trump commented on the conference.

The former commander-in-chief also made sure to slam members of the media, suggesting that they treated him much differently.

Per The Hill, Trump told Ingraham that the press has never treated a president the way they are treating Biden.

"Well, they were strange questions and they were asked in a very interesting way. It was like softballs, like you’re throwing softballs up. And it’s just a different world, nobody’s seen anything like it," he said.

As the publication noted, Biden answered 31 questions at his first briefing. He called on reporters from virtually all major networks and newspapers, but he did not call on Fox News' White House correspondent Peter Doocy.

Trump Says The Conference Was 'Sad To Watch'

Trump said that Biden's press conference was "sad to watch" and once again bashed members of the media. He also slammed Biden for refusing to call on Doocy.

"They’re feeding him questions, they’re easy questions. I noticed Peter Doocy didn’t get to ask a question today. And there could be no difficult questions, and they’re ready to rip the microphone away if somebody did get a little bit testy."

"Look, the whole thing is ridiculous, you know it and so do I," the former president added.

Trump Says He Enjoys Being Off Social Media

Trump and Ingraham discussed a number of other issues. Notably, they touched on Silicon Valley giants' decision to permanently ban Trump from their platforms.

Twitter, Facebook and virtually all social media networks banned Trump following the riots at the U.S. Capitol, so he has relied on issuing press releases to spread his message.

"I almost like it better, I think I do like it better," the former commander-in-chief told Ingraham, before attacking Biden for the situation at the U.S.-Mexico border, which he described as "dangerous" and "inhumane."

As The Inquisitr reported, Trump and Ingraham also talked about the January 6 riots at the U.S. Capitol.

The former president defended the actions of his supporters, claiming that they posed "zero threat" to lawmakers and members of the Capitol police.

He described the decision to put up fencing around the building as a "political maneuver" and claimed that Antifa is far more violent than far-right protesters.

According to BBC, nearly 300 rioters have been arrested so far and over 500  have been identified by investigators.