Donald Trump Defends Capitol Rioters, Says They Were 'Hugging And Kissing The Police' 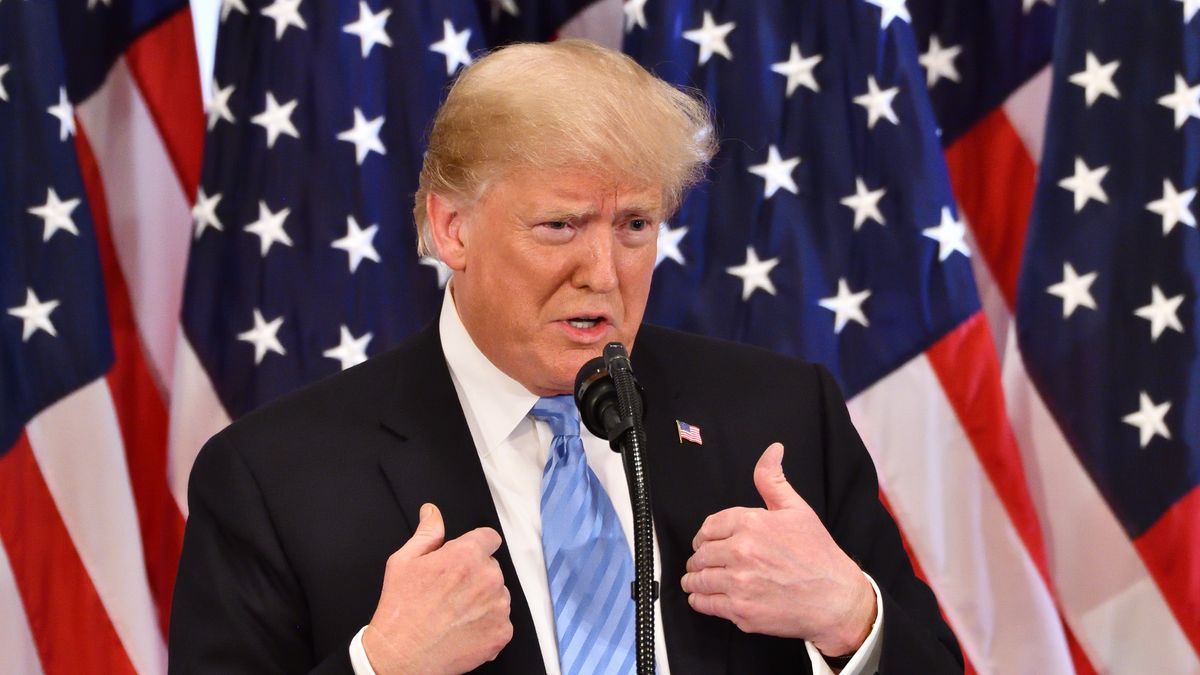 In an interview with Fox News on Thursday evening, former President Donald Trump discussed the January 6 riot at the U.S. Capitol.

The violent riot -- which some have described as an attempted insurrection -- took place hours after Trump's rally in Washington, D.C.

According to Democrats and other Trump critics, the former president incited his supporters to commit violence by urging them to overturn the results of the 2020 presidential election.

As reported by The Hill, while speaking on The Ingraham Angle, Trump described the riot as "disgraceful," but argued that the rioters posed no threat to law enforcement or lawmakers.

The former president also dismissed the need for protective fencing around the Capitol, describing the decision to put it up as a "political maneuver."

"I think it's disgraceful -- it looks, for the world to watch -- absolutely, it's a political maneuver that they're doing. It was zero threat right from the start, it was zero threat," he told host Laura Ingraham in a phone interview.

"It was zero threat, right from the start, it was zero threat" -- Trump on the January 6 insurrection that left 5 dead, including a police officer pic.twitter.com/6YBho1bywM

Trump also suggested that the rioters were not violent toward security forces, claiming that many of them were actually "hugging and kissing" members of the Capitol police.

"Look -- they went in, they shouldn't have done it. Some of them went in and they're hugging and kissing the police and the guards. They had great relationships," he said.

According to NPR, hundreds of rioters were caught on camera clashing with police. Many of the protesters wore MAGA hats and some were apparently members of far-right groups such as Proud Boys.

Antifa Should Be Prosecuted, Trump Claims

Trump said that Capitol police officers waved in the protesters and then pivoted to bashing Antifa.

He argued that members of Antifa should be prosecuted for their role in this summer's Black Lives Matter protests.

"They're persecuting a lot of those people. And some of them should be — some things should happen to them, but when I look at Antifa in Washington even, what they did to Washington and what they did to other locations and the destruction and frankly the killing and the beating up of people... why aren't they going after Antifa?"

Reports allege that Trump expressed support for the riots and rooted for the protesters as they were storming the Capitol building in an effort to overturn the results of the 2020 election.

The former president allegedly refused to call off the rioters even as Republican lawmakers -- including House Minority Leader Kevin McCarthy -- begged him to do so.

The Democratic-controlled House of Representatives later impeached Trump for inciting an insurrection against the U.S. government, but the Senate acquitted him of the charge, with most Republicans voting not guilty.