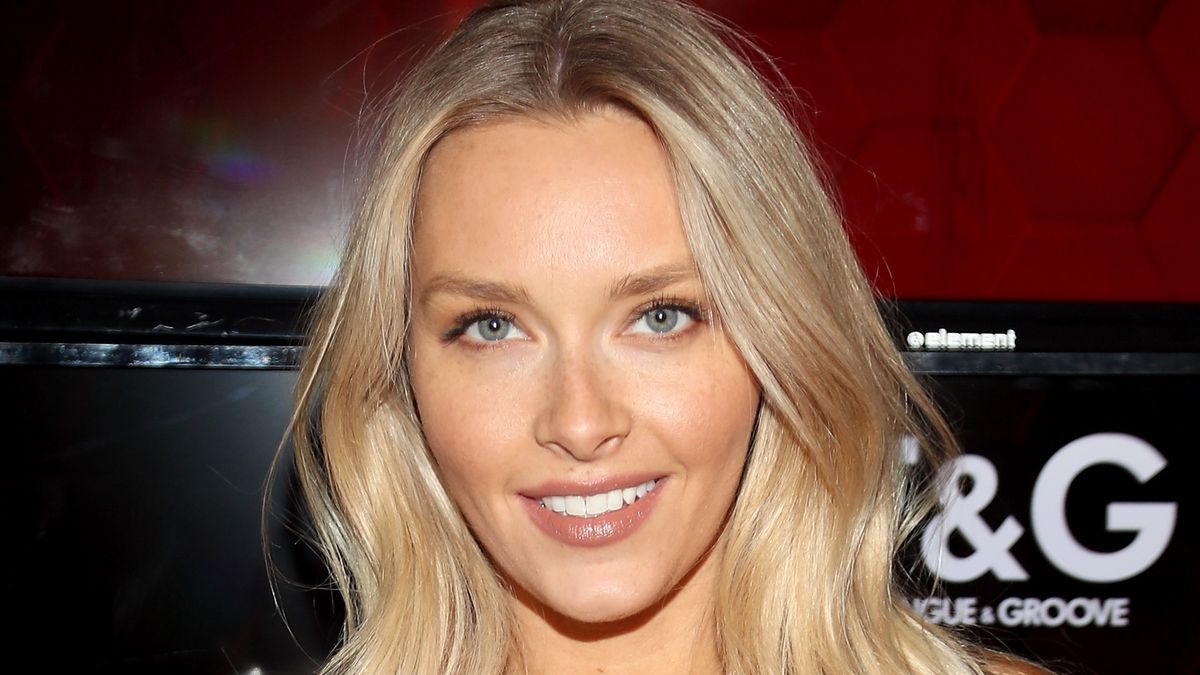 Camille Kostek layered two bikini tops for an ocean outing. The Sports Illustrated Swimsuit model had a close encounter with "big foot" on a boat, and the moment was captured on camera. She shared the pic on her Instagram page over the weekend.

The owner of the aforementioned oversized extremity was her boyfriend, NFL star Rob Gronkowski. His not-so-little piggies occupied most of the lower right corner of the photo, while Camille was the center of attention. The photo of the power pair had a number of fans begging them to just get hitched already.

Sizzling In The Sunshine State 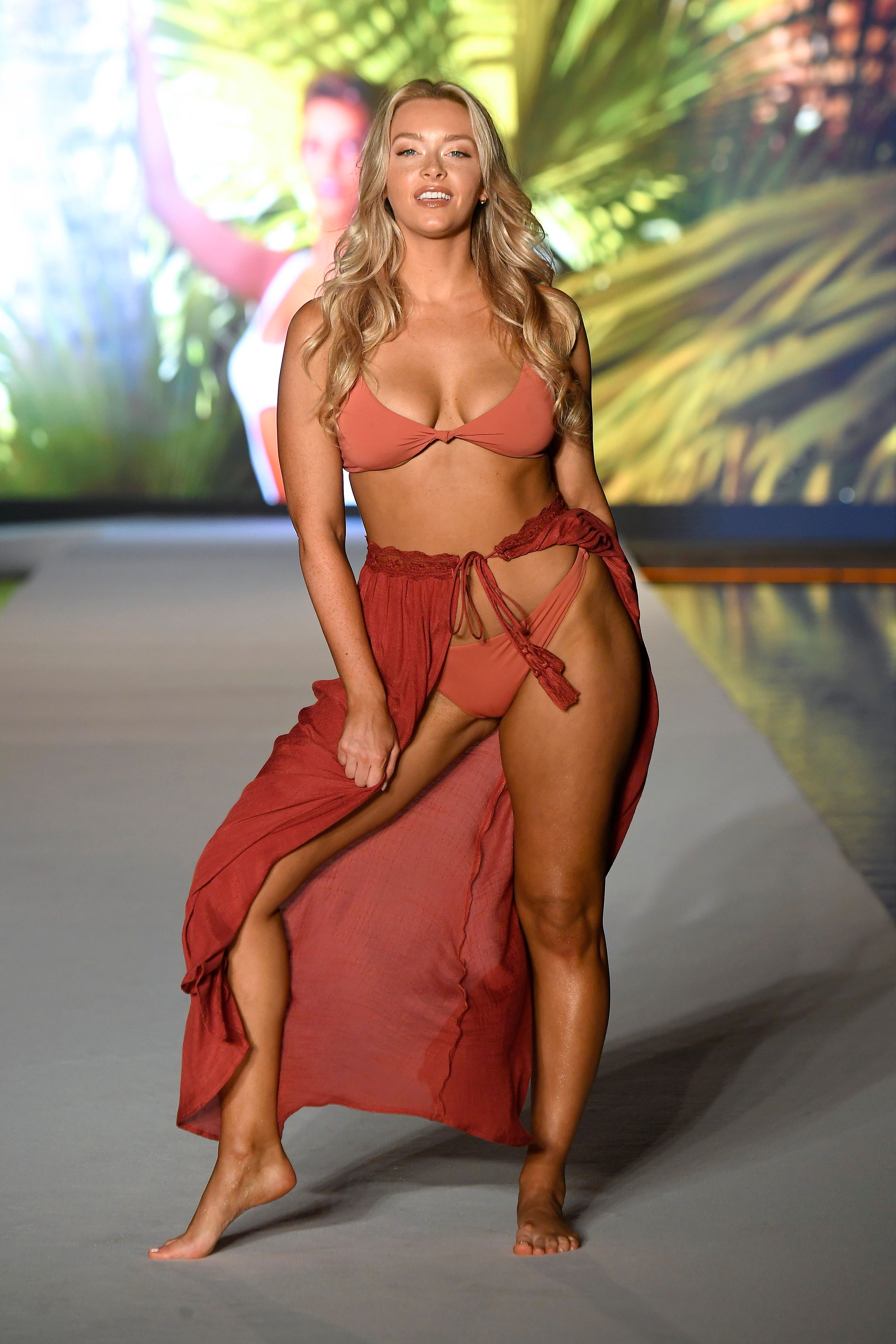 Camille looked like a true Floridian in the snapshot, which was taken in Miami. However, it wasn't all that long ago that she and Gronk were living in New England, where she once got paid to root for the Patriots as one of the NFL team's cheerleaders. She had to switch states and teams when her boyfriend joined the Tampa Bay Buccaneers last year, and she informed her fans that she was still "adapting to the change" in an August 2020 Instagram post.

After a Super Bowl win and months of sunny weather, Camille looked like she'd fully adapted to Florida life.

For her latest Miami outing, Camille turned her two-piece into a three-piece by layering one top over another. The outer garment was a grayish purple bralette. It was made out of ribbed fabric and had a square neckline. Underneath it, she wore a powder blue top with a higher neckline that slightly dipped down in the middle, where it came to a point. Both pieces had wide shoulder straps.

Her bottoms matched the blue top. They featured high legs and a V-shaped front that showcased her taut tummy and curvy hips. 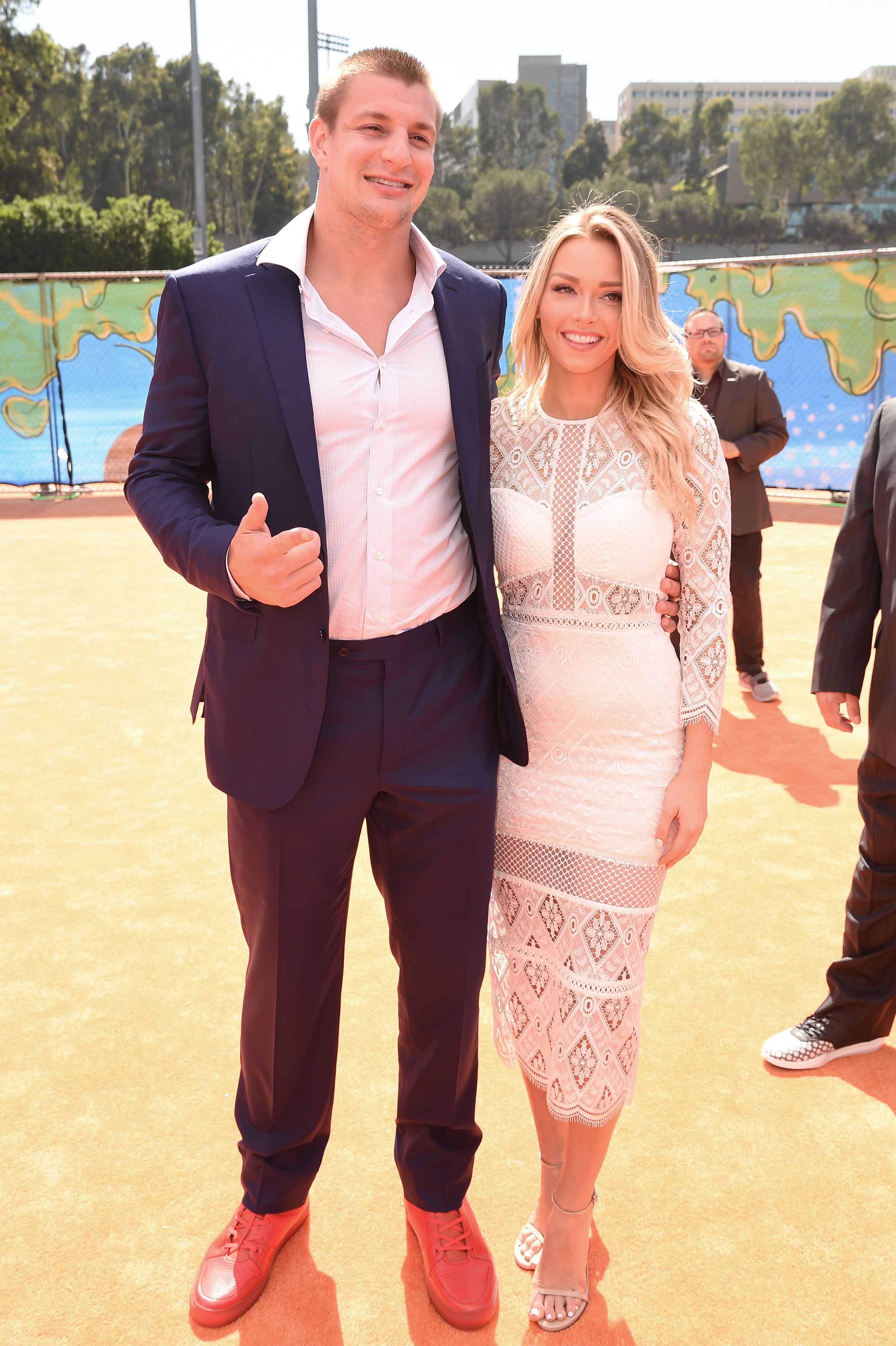 Rob rocked a pair of colorful floral-print swimming trunks. The tight end was shirtless, but Camille hid most of his muscular chest from view. She was draped across his lap on her side with her head propped up on her left hand. The pose was not unlike those that can be seen in the pages of the Sports Illustrated Swimsuit issue.

Camille is a such a pro at posing in a bikini that she landed on the cover of SI Swim in 2019. During a recent appearance on the 10 Questions With Kyle Brandt podcast, the model revealed that she was so excited when she learned that she would be on the cover that she "truly blacked out," even though she was sober.

Getting Secretive About Her Swimwear When one of Camille's followers asked her where her bikini came from, she teased that her fans will have to wait a bit for her answer.

She went on to explain that she was withholding the information because "it’s not out just yet."

While Camille's bikini was a hot topic in the comments section, scores of her followers were more concerned about the state of the model's relationship with Gronk. The couple has been dating for over half a decade, and it seems as though some fans think that it's past time for Gronk to get down on one knee.

"Where is the ring gronk," another message read.

"You know what they say about big feet," commented one admirer.