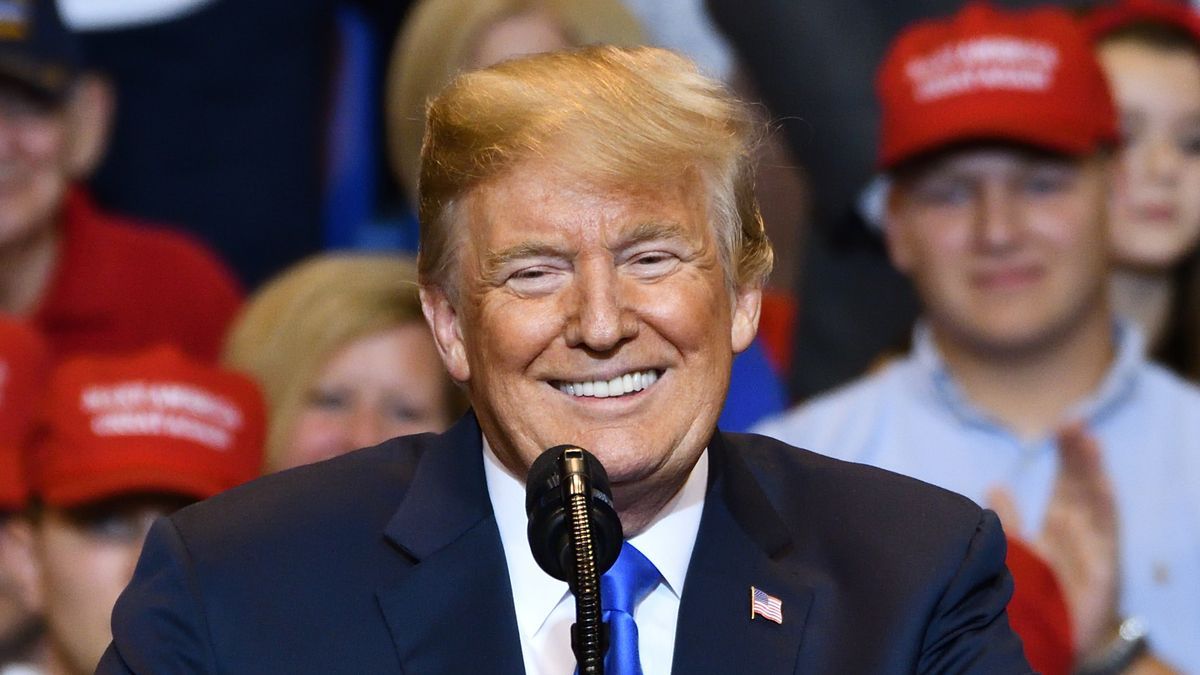 According to a video that went viral on Twitter, former President Donald Trump mocked his successor, Joe Biden, for struggling to climb a flight of stairs.

Earlier this week, while boarding Air Force One for a trip to Georgia, Biden repeatedly tripped and fell. Eventually, he recomposed himself, gave a quick salute to Air Force personnel and boarded the plane.

White House officials later brushed off concerns about the president's health, reassuring the public that he is doing fine and that he did not injure himself.

Trump Made Fun Of Biden

Standing at a podium at what appears to be his Mar-a-Lago resort in Palm Beach, Florida, Trump mocked Biden for repeatedly falling.

Trump also made sure to repeat his false claims about widespread voter fraud in the 2020 presidential election.

"Almost 75 million votes and probably a lot more than that," Trump added, suggesting that he won the 2020 race.

Donald Trump Jr., the former president's eldest son, made fun of Biden for struggling to board the plane.

In a tweet posted earlier this week, the businessman said that the media slammed his father but is giving Biden a free pass. He also suggested that Biden's health is deteriorating.

"I remember the press bashing Trump for touching the rail once. Biden falls repeatedly but I’m sure he’s the picture of health. No wonder all our enemies are pouncing simultaneously and mocking him publicly," Trump Jr. wrote.

It wasn’t the wind folks. pic.twitter.com/jYc01dBZCe

Trump was also ridiculed over his apparent lack of fitness. Last year, after delivering a speech at West Point, Trump slowly descended down a ramp, which prompted ridicule and reignited questions about his health.

At the time, as The Daily Caller reported, Biden pointed to Trump's stumbling as evidence that the Republican is not in good shape.

"Look at how he steps and look at how I step. Watch how I run up ramps and he stumbles down ramps. Come on," Biden told reporters.

Conservative figures, including Trump and members of his family, have tried to make Biden's gaffes and clumsiness an issue, but voters do not seem to care.