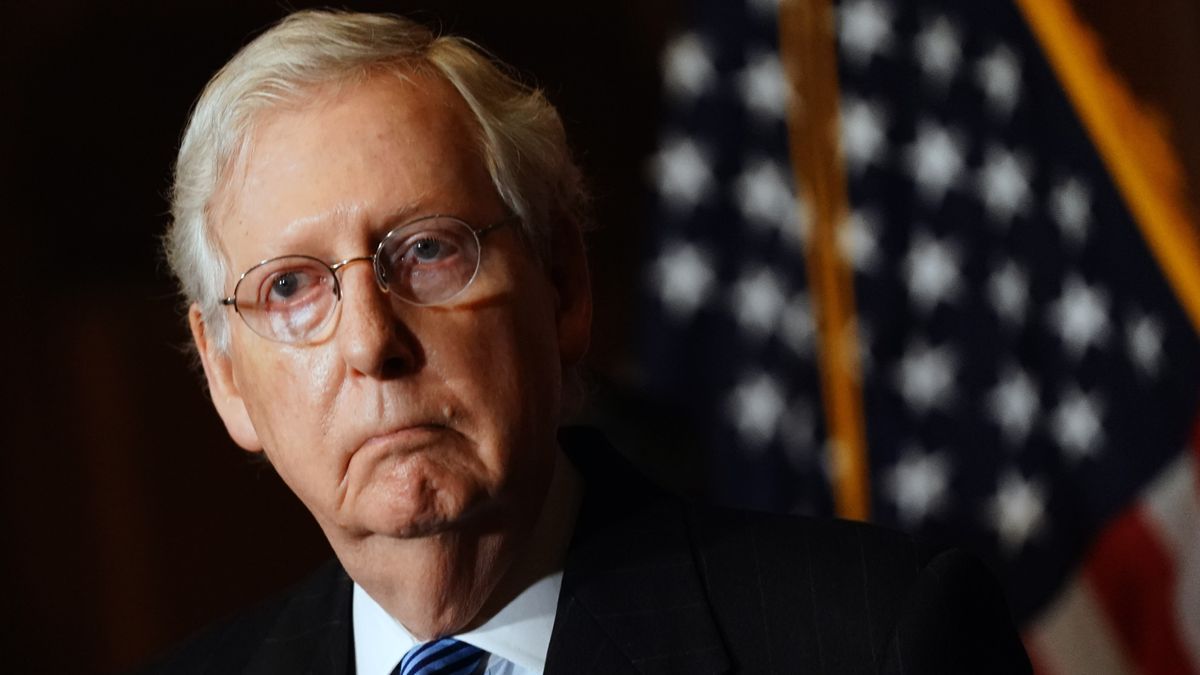 Amid the Democratic push to end the legislative filibuster, Senate Minority Leader Mitch McConnell on Tuesday issued a stark warning about the implications of such a move.

“Let me say this very clearly for all 99 of my colleagues: Nobody serving in this chamber can even begin, can even begin, to imagine what a completely scorched-earth Senate would look like,” he said, per The Hill.

McConnell continued to warn that a Senate without the filibuster would require a physical quorum for every day-to-day action.

The Founding Fathers Never Intended For The Filibuster To Exist

When the Founding Fathers wrote the United States Constitution, they did not intend to create the filibuster.

According to The Washington Post, the filibuster was an unintentional consequence of the Senate's decision to eliminate the "previous question rule" in 1806. The rule was part of Article 1, Section 5 of the Constitution, and without it, lawmakers soon learned they could talk indefinitely and run out the clock until measures could no longer be voted on.

"The result: the slow birth of the filibuster, first with a variety of delaying tactics and eventually the emergence of filibuster by extended floor debate."

McConnell Previously Warned Of The Implications Of Nixing The Filibuster Despite calls from former President Donald Trump as well as members of his own caucus, McConnell has remained adamant about keeping the filibuster.

In response to Democratic pushes to remove the maneuver, McConnell has warned that they could inadvertently help Republicans enact conservative legislation.

The policies that could be enacted when Republicans control the Senate again including anti-abortion legislation, defunding Planned Parenthood, and nationwide concealed carry reciprocity.

Chuck Schumer Has Not Yet Revealed Where He Stands

As noted by The Hill, Senate Majority Leader Charles Schumer has yet to reveal where he officially stands on the issue.

Per Newsweek, he spoke to MSNBC's Rachel Maddow on Monday night and said that the nixing of the filibuster is still a possibility — but only if Republican lawmakers fail to support legislation that will allegedly be proposed to "test" them.

According to Schumer, one such bill is a forthcoming proposal that would require background checks for firearms. The lawmaker pointed to polling suggested that the overwhelming majority of Americans support such legislation.

Democrats Don't Have Enough Votes To Kill The Filibuster

Despite support for nuking hte filibuster with both Democratic Senators and outside groups, the Democratic Party does not yet have the support to rid itself of the parliamentary procedure.

Notably, The Hill underlined that Democratic Sens. Krysten Sinema and Joe Manchin have expressed opposition to the proposal, and others have expressed doubts over the value of nixing the procedure.

Critics suggest that ridding the Senate of the filibuster would stall the upper chamber ever more — even when it comes to everyday tasks.