Dove Cameron Does The Splits During 'The Powerpuff Girls' Training Session 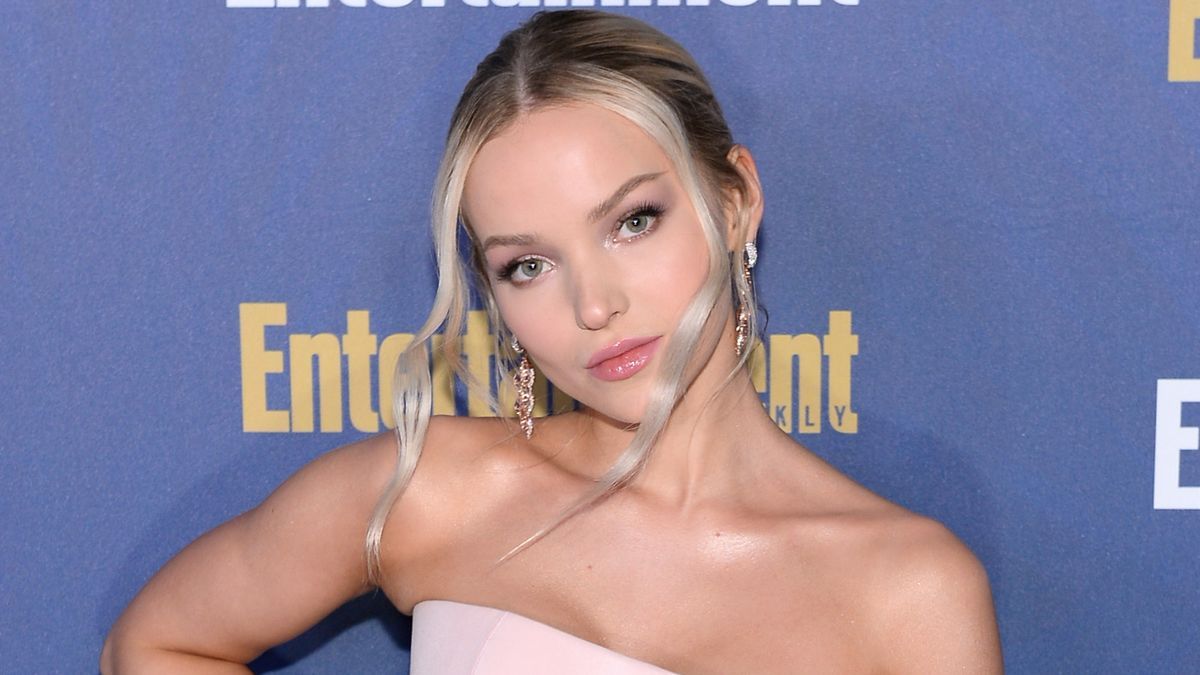 Dove Cameron is prepping to play a powerful female superhero created in a lab in The Powerpuff Girls reboot, and she's taking her training very seriously.

The Powerpuff Girls were born when Professor Utonium accidentally added a dose of Chemical X to his proprietary blend of sugar, spice, and everything nice -- a concoction meant to create the perfect little girl. Dove was shown adding her own ingredient to the mix in a video that she uploaded to Instagram on Monday -- a dash of sweat. The clip showed the former Disney starlet hard at work in the gym. 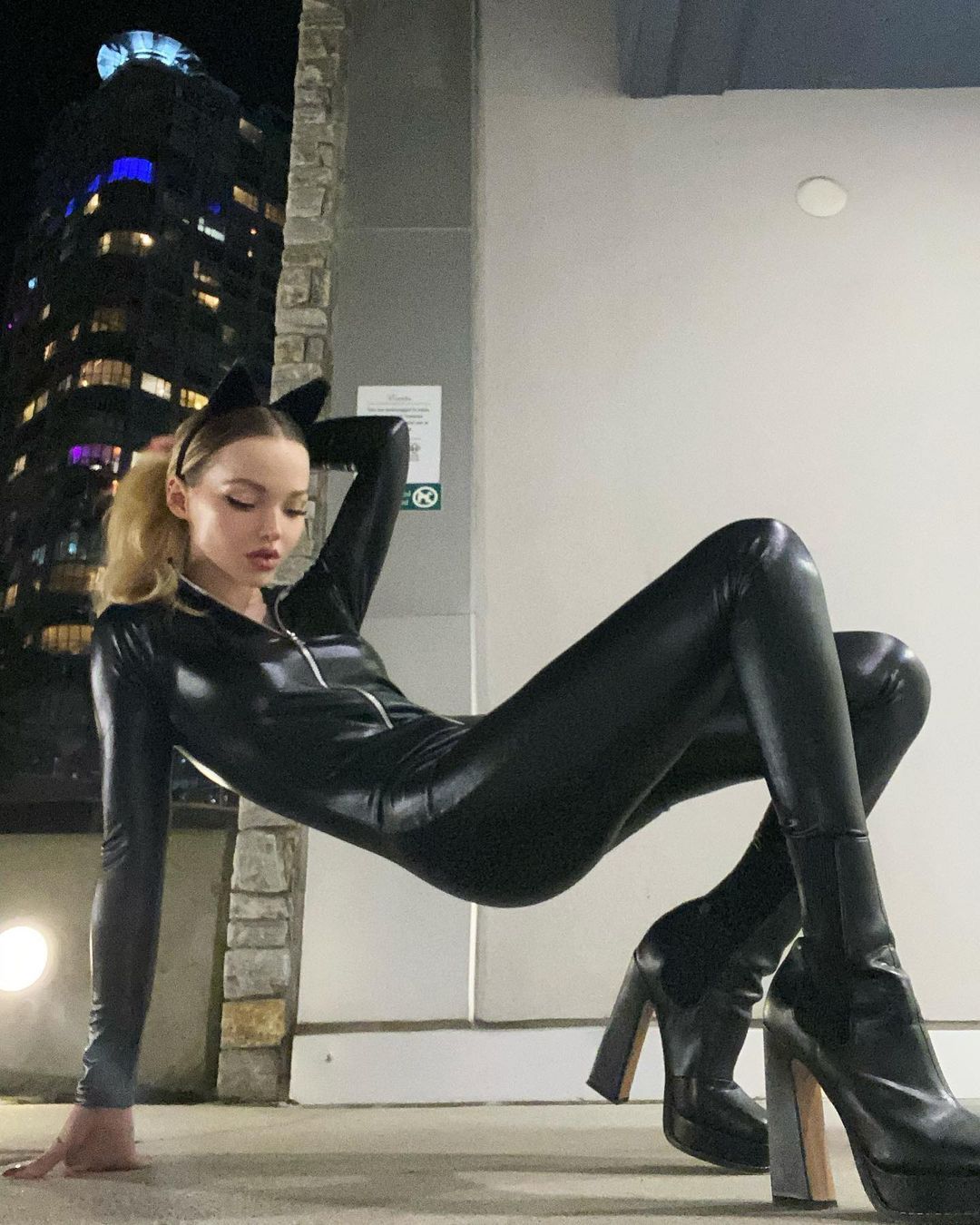 As reported by Deadline, Dove, 25, is set to play Bubbles Utonium in a live-action series centered on the city of Townsville's toughest denizens. On the original Cartoon Network animated series, Bubbles was known for her sweet and caring personality and her obsession with all things girly. Appearance-wise, she had blond pigtails and wore a light blue dress.

In her video, Dove looked like she was working on adding flexibility to Bubbles' long list of superpowers, which include superhuman speed, strength, stamina, and the ability to fly.

Getting Her Stretch On

While none of the Powerpuff Girls possess Elastigirl's ability to make their bodies stretch and bend like elastic, Dove was demonstrating that Bubbles will have the ability to do the splits. She sat on the floor of a gym with her legs spread in the side-splits position. She leaned forward so that her blond ponytail pooled on the floor in front of her, and she grabbed her feet with her hands to perform a deep stretch.

When she rose up, Dove revealed that she had on an all-black ensemble that included a sports bra, sweatpants, no-show socks, and a protective fabric mask. 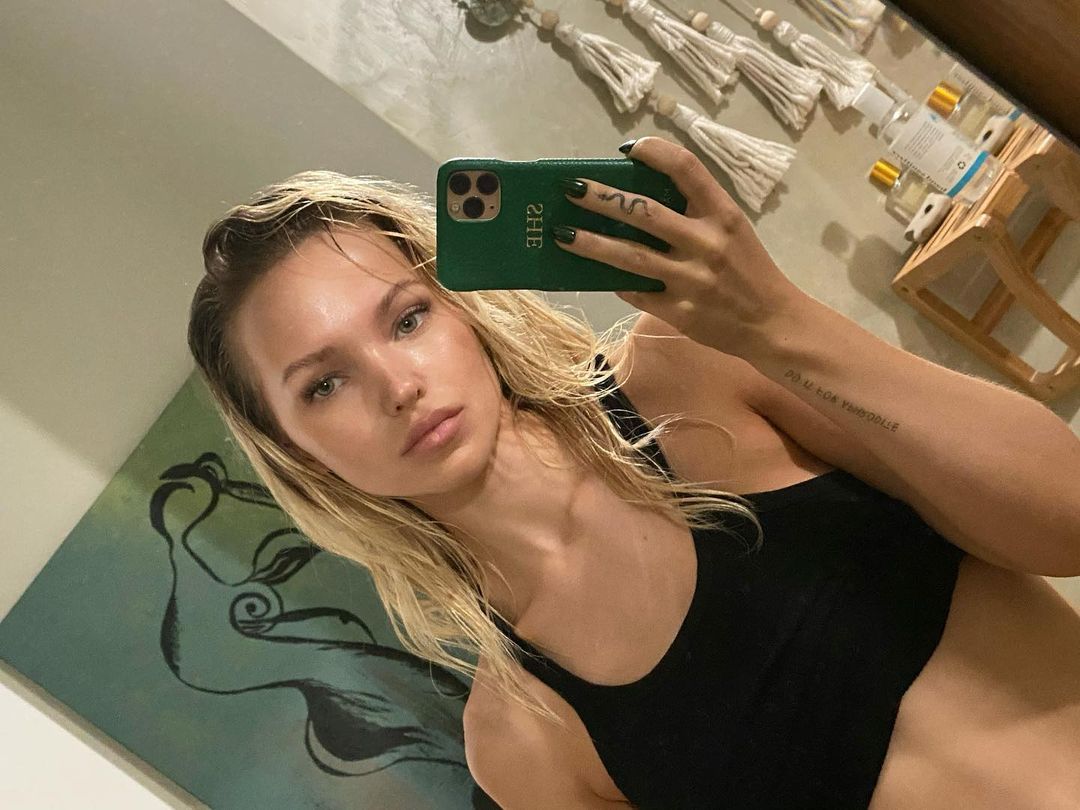 Dove also gave viewers a glimpse of her tiny waistline and toned tummy as she stretched.

"That went f*cking crazy," she said before crawling away.

In her caption, Dove revealed that she was working out at the Dogpound, an exclusive, old-school gym frequented by celebrity clientele like Taylor Swift, Adam Levine, Hugh Jackman, Cindy Crawford, Gerard Butler, and Adriana Lima.

The actress' followers were thrilled to see her getting ready for her next big role.

"Do them splits girl!" read one response to her post.

"YES! Bubbles getting ready to kick BUTT in Townsville!!!!!" wrote another fan.

"I better work on becoming a townsvillain so you can kick my a**," quipped a third admirer.

One of Dove's new costars also had something to say about her video. Her superhero sisters, Blossom and Buttercup, will be played by Chloe Bennet and Yana Perrault, respectively.

"Sh*ttt i drank a bottle of wine last night, does that count as trainingggf," wrote Chloe of her own Powerpuff prep.

In the pilot for The CW series, Dove, Chloe, and Yana will play older, disillusioned versions of the spunky superheroes who were constantly tasked with saving their town as little girls. Just like Bubbles, Dove knows what it feels like to have a huge amount of responsibility thrust upon her at a young age. During an interview with Create & Cultivate, the Descendants star revealed that she once "struggled with anxiety relating to newfound fame and global attention."

However, her tough formative years helped transform her into the superhero she is today.

"I think everything in those years, and every year leading up to present day, career or personal or both, has prepared me for my career and life now, as I am without a doubt, the strongest, most concentrated, and most unabashed that I have ever been in my life," she said.