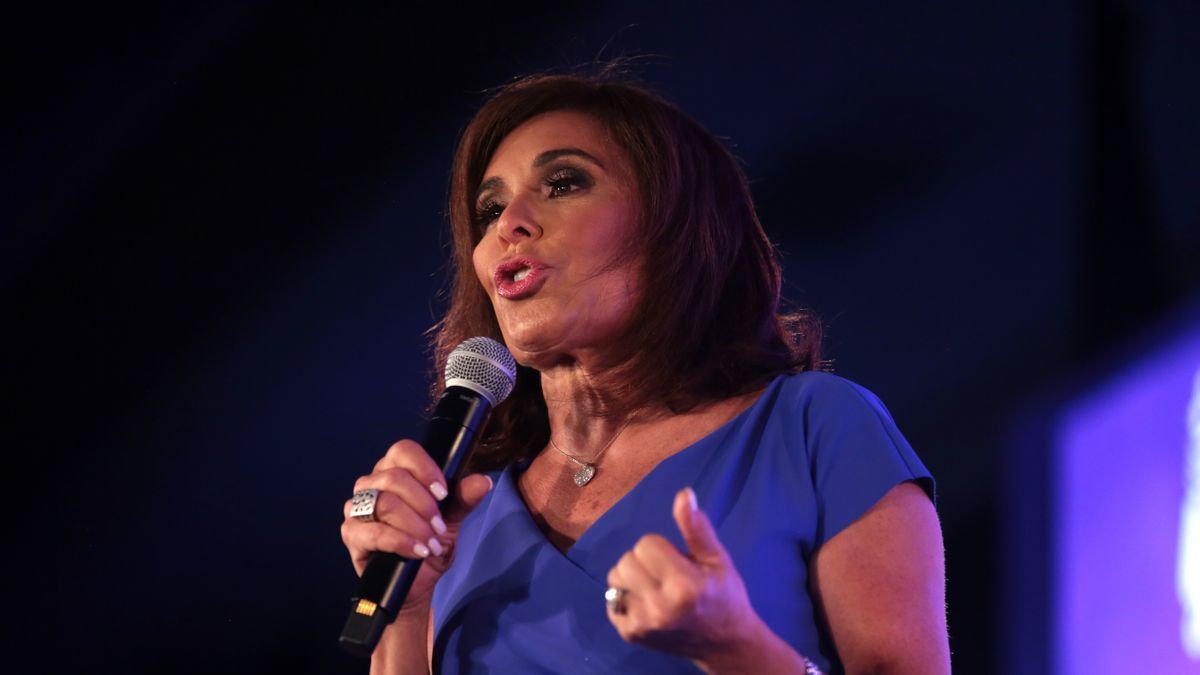 On Saturday evening, Fox News host Jeanine Pirro ripped into Vice President Kamala Harris, describing her as a "woman without a moral core."

Pirro attacked Harris over her refusal to comment on the controversies regarding Democratic New York Gov. Andrew Cuomo.

The governor claims to have never touched a woman without consent or made inappropriate comments. He has repeatedly called on the public to withhold judgment until the allegations are thoroughly investigated.

Pirro Says Harris Is A 'Fraud'

As Mediaite reported, Pirro called Harris "a fraud, a phony, a woman without a moral core, a regular two-faced, mealy-mouthed politician who swings with the wind."

Per The New York Post, Harris was asked earlier this week to weigh in on the allegations against Cuomo, but refused to answer the question.

However, White House press secretary Jen Psaki commented on the issue, saying that Harris believes the accusers deserve to be heard. Psaki also said that the vice president supports the investigations into Cuomo's behavior.

Harris Is Not A Role Model, Pirro Claims

Pirro recalled how members of the media touted the historic nature of Harris' candidacy and described her becoming vice president as a major milestone for minorities, especially women of color.

"But remember, a woman who couldn’t get one percent of support in her party’s presidential primary nomination, a woman destined to be president, many believe, in the very near future, who can’t answer a question about whether or not Andrew Cuomo should resign after seven women accuse him of sexual harassment and assault," the host said.

Pirro Played A Clip Of Harris

Pirro played a clip of Harris refusing to comment on the allegations against Cuomo. She suggested that the vice president's reluctance to weigh in on the scandal shows she would not be a competent commander-in-chief.

"What is this woman afraid of?" Pirro asked.

"This is certainly not the kind of woman we need running this country as president," she added.

Conservatives have long speculated that Harris will replace President Joe Biden at some point. Biden added fuel to the speculation in December, when he suggested he would be willing to step down.

Despite public pressure, Cuomo has refused to resign.

Earlier this week, after a number of prominent Democratic lawmakers called on the governor to step down, he said he does not intend to do so. He also slammed those calling for his resignation as "reckless," saying that they should at least wait until investigations are complete.

Cuomo also suggested that the accusations could be a politically-motivated attempt to take him down and vowed not to bow to cancel culture.

"People know the difference between bowing to cancel culture and the truth," he said.