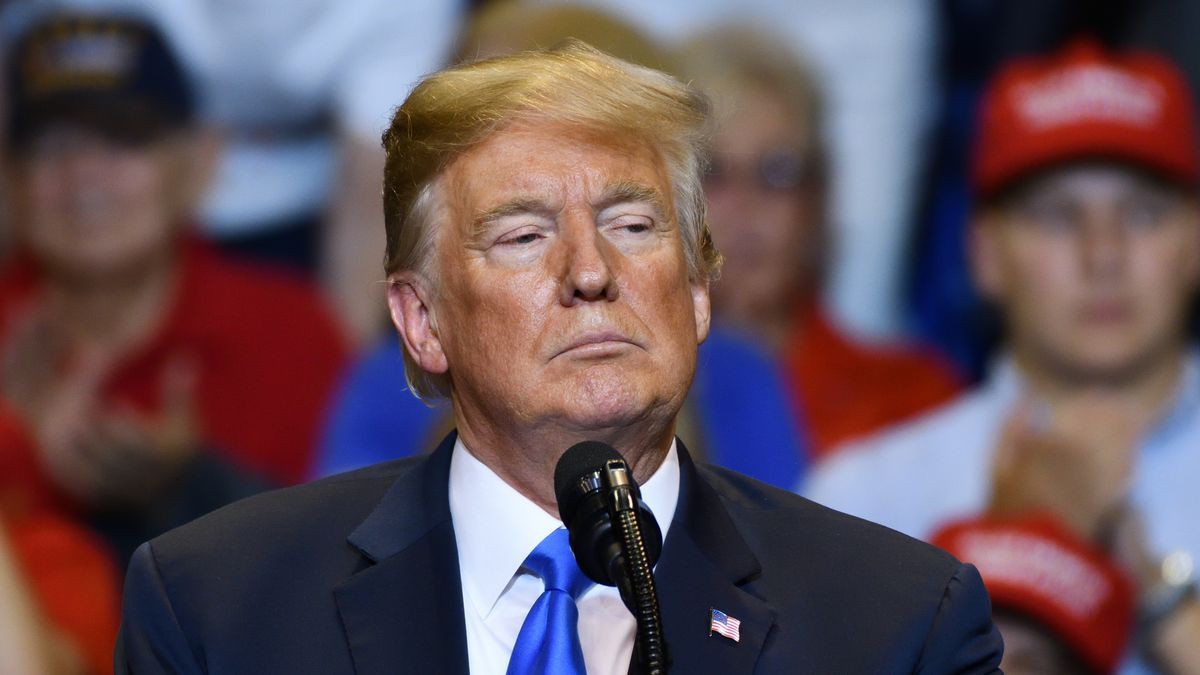 Since leaving the White House and becoming a private citizen, former President Donald Trump has been the subject of multiple investigations.

Authorities in states such as New York are probing the real estate mogul's business dealings, while those in Georgia are looking into his attempts to overturn the results of the 2020 presidential election.

Republican politicians, meanwhile, haven't extensively commented on the issue. According to former Homeland Security official Miles Taylor, that is because many GOP lawmakers secretly hope Trump will be indicted.

Per Raw Story, speaking with MSNBC host Kendis Gibson, Taylor -- who served as chief of staff at the Department of Homeland Security under Trump -- said that the former commander-in-chief "has an almost-clinical addiction to wrongdoing."

Taylor said that Trump cheats at everything, arguing that it would not be surprising if it turned out he cheated the government by not paying taxes.

"I mean, look, we just saw the man tried to steal a national election. Would it surprise anyone that he tried to cheat on his tax returns?" he asked.

Moving On From Trump

Taylor said that Trump will continue to "lose" and claimed that Republican lawmakers hope he will be indicted so that they don't have to deal with his attempts to influence conservative politics.

"He lost a major election, he is losing in the court of public opinion and he is about to lose, I would predict, in the people's court, if charges are brought against him," Taylor said.

"But, look, a lot of Republicans are actually hoping this will happen so they can move on from Donald Trump," he added.

It remains unclear if Trump will run again in 2024, but he has indicated that he might.

Taylor noted that some polling suggests about 50 percent of Republican voters believe the party should distance itself from the former president and said that half of GOP lawmakers feel the same.

"That means, a good chunk of the party, simply, wants to move on beyond this man. And behind the scenes, legislators are telling me they would like Donald Trump to be gone," the former Trump administration official stated.

According to Pulitzer Prize-winning journalist David Cay Johnston, Trump will most likely be indicted and criminally prosecuted at some point.

As Johnston explained in a new interview, once New York authorities obtain the documents pertaining to Trump's tax returns and bank loans, they will be able to charge him. The former commander-in-chief may even be charged with racketeering, the reporter said.